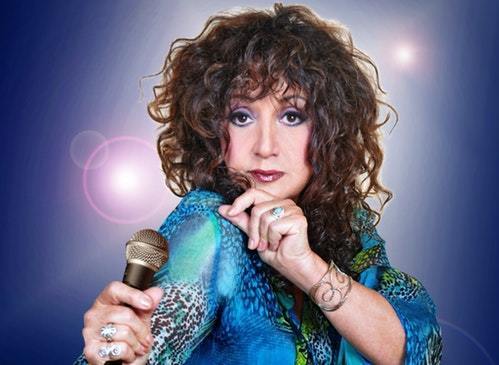 Maria is pleased to announce the release of “DON’T YOU FEEL MY LEG ~ The Naughty Bawdy Blues of Blue Lu Barker” on September 28th.

This will mark Maria’s 41st album in a distinguished career that has established her as a preeminent and revered interpreter of American roots music.
For this stunning set, Maria pays tribute to the wonderful Blue Lu Barker, the popular vocalist and songwriter of the late 30s and early 40s whom Billie Holiday once cited as her biggest influence.

It was Barker’s “Don’t You Feel My Leg” that made it onto Maria’s 1973 self-titled solo debut album at the suggestion of Dr. John. The album went on to spawn a million-seller hit with “Midnight at The Oasis,” and yet to this day, “Leg” remains her most requested song.

Maria and Blue Lu would later form a friendship that lasted until Blue Lu’s death in 1998. In 2016, Maria was invited to perform a tribute to her old friend in New Orleans. While researching material for the tribute, to Maria’s surprise and delight, she discovered that the Barkers had written and recorded dozens of songs equally naughty, bawdy, witty, and clever as “Don’t You Feel My Leg.”

“I put together a wonderful “all star” band of stellar New Orleans players, and we had a blast performing this fun material to a sold-out audience! The response was overwhelming and after the show people swarmed up to the merchandise table all clamoring to buy a CD of the fun material they had just heard,” says Maria. “At that moment we all realized that this wonderful collection of songs needed to be recorded and shared with the world!”

Recorded in New Orleans with an amazing cast of A-List NOLA musicians last June, “DON’T YOU FEEL MY LEG” finds Maria at her finest, and is true to the spirit and soul of New Orleans and Barker’s funny, coy, and risqué material.