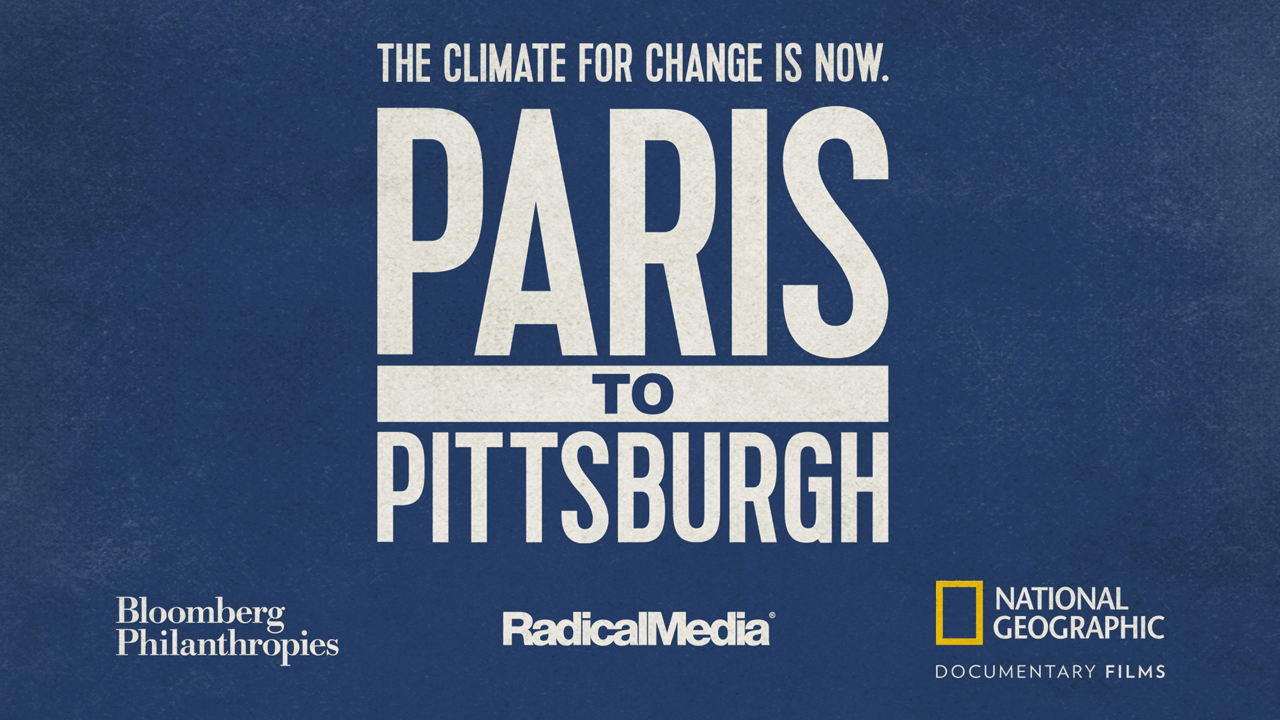 Join us for an exclusive RMI panel and screening of Paris to Pittsburgh, a new film from National Geographic, produced by RadicalMedia in partnership with Bloomberg Philanthropies, that illustrates the critical actions local and regional leaders are taking to mitigate climate change in their own communities and beyond. The film is narrated by Emmy® and Golden Globe® Award-winning actress and activist Rachel Brosnahan.

This event is free and open to the public. RSVP is recommended but not required

ABOUT THE FILM
From coastal cities to America’s heartland, Americans are demanding real solutions in the face of global climate change. And as the weather grows more deadly and destructive, they aren’t waiting on Washington to act. Paris to Pittsburgh follows the mayors, governors, urban planners, and everyday citizens who are pioneering climate solutions, inspiring change in their own communities, and working to ensure continued US progress in the fight against climate change. Watch the trailer here.

ABOUT THE PANEL
We’ll be joined by Mayor of Aspen Steven Skadron, Executive Director of Conservation Colorado Kelly Nordini, and RMI Principal Justin Locke for a discussion on the real, on-the-ground actions that local leaders are taking to increase resilience, improve human health, and mitigate climate change in their own communities and beyond. The conversation will be moderated by Aspen Public Radio Environment Reporter Elizabeth Stewart-Severy.