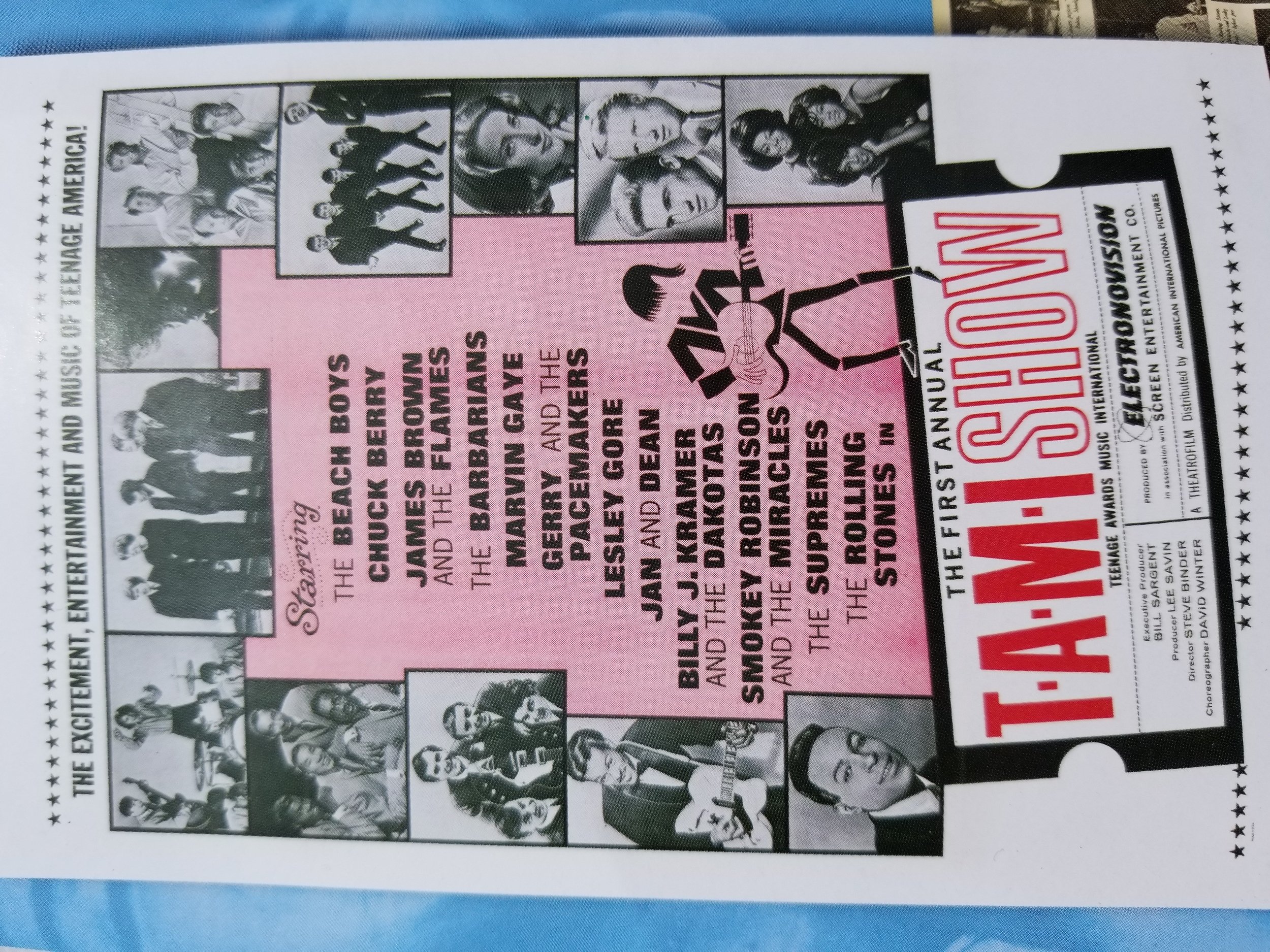 “The T.A.M.I. Show” was released in 1964 and includes performances from some of the greatest rock and roll acts from around the world. Bands featured in the film include:

– The Beach Boys
– Chuck Berry
– James Brown and The Famous Flames
– Marvin Gaye
– Jan and Dean
– Billy J. Kramer and The Dakotas
– Smokey Robinson and The Miracles
– The Rolling Stones
– The Supremes

These music legends packed the Santa Monica Civic Auditorium with 2,600 screaming fans and virtually brought down the house. This is the cinematic record of that electrifying event.