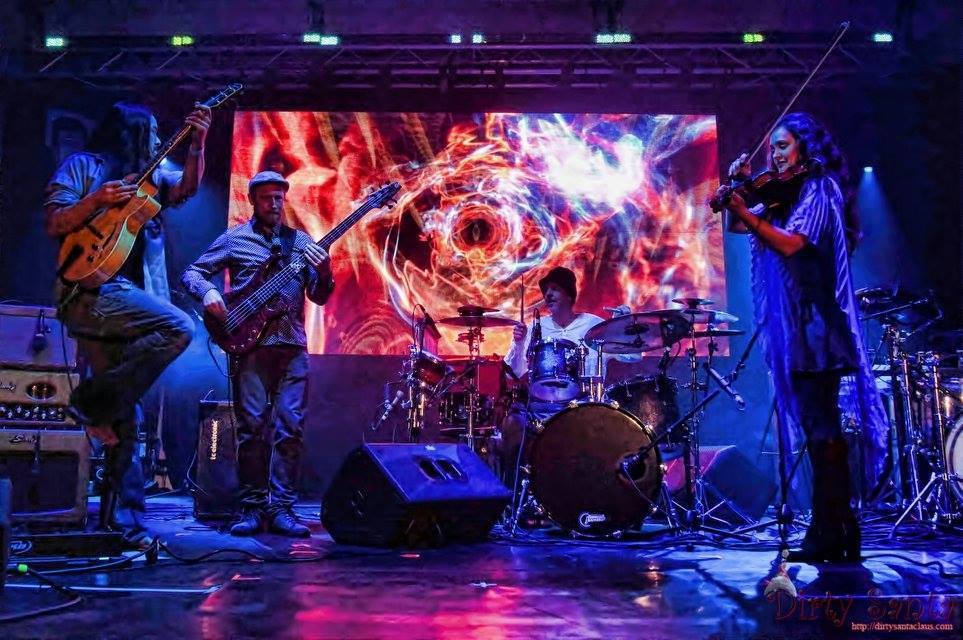 Tierro is composed of Tierro Lee (founding member of Kan’Nal and producer of Arise Music Festival), Bridget Law (founding member of Elephant Revival), Charlie Parker Mertens, and Jonny Jyemo. Tierro Lee plays guitar and has been composing instrumental music for 2 decades. His music has been published in commercials worldwide for companies such as Gillette, Nokia and others. It has also been the soundtrack for independent and Hollywood films as well as a of Broadway theatrical production currently being performed in New York. This band represents Tierro’s most heartfelt compositions reminiscent of world music styles through his use of Arabian and Latin scales. Bridget Law is a fiddle player and singer who finds joy in composing and accompanying original music. When collaborating with Tierro her natural talents are highlighted through sweet melodies and passionate improvisation. Accompanied by the extraordinary skills of Charlie Parker Mertens on bass and Jonny Jyemo on drums this becomes a super group, stoking the energetic fire in the room and delivering a trance experience.