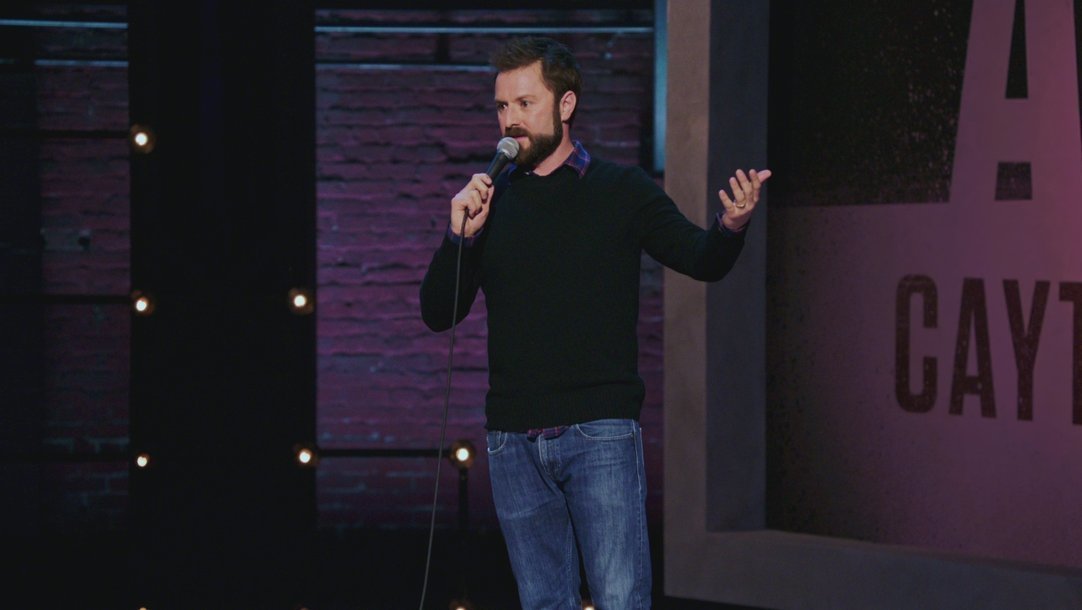 Treat your valentine to a night of laughter and comedy at the Temporary. The humor of Adam Cayton-Holland and our champagne specials are the perfect mix to complete your one-of-a-kind Valentine’s Day experience.

Adam Cayton-Holland is a national touring headliner who was named one of 25 “Comics to Watch” by Esquire magazine and one of “10 Comics to Watch” by Variety. Along with his co-horts in the The Grawlix comedy troupe, Adam created, writes and stars in truTV’s “Those Who Can’t,” in which Adam plays Spanish teacher and bon vivant Loren Payton.

He has appeared on CONAN, The Late Late Show with James Corden, The Meltdown with Jonah and Kumail, Happy Endings, Deadbeat, Flophouse, Hidden America and @midnight. He has also been featured on WTF with Marc Maron, Nerdist, Comedy Bang Bang and Sklarbro County podcasts. Cayton-Holland has performed at the Montreal Just For Laughs, SXSW, and Bridgetown Comedy festivals, and helms his own comedy extravaganza in Denver, the High Plains Comedy Festival. He has also performed at The Kennedy Center and Carnegie Hall.

Adam has three albums, “I Don’t Know If I Happy,” “Backyards,” and “Adam Cayton-Holland Performs His Signature Bits,” all available on iTunes, and his first book, Tragedy Plus Time, was published by Touchstone Books in 2018. Adam lives with his wife Katie, his son Malcolm, and a purebred Chesapeake Retriever named Annabel Lee. He once threw out the opening pitch at a Colorado Rockies game and people have described him as “genial,” and “with decent teeth.”