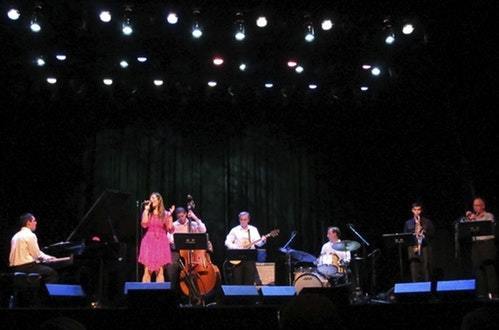 An afternoon of classic jazz with Josefina Méndez and friends. Josefina was the youngest singer ever to perform with “La Orquesta Argentina de Jazz” directed by Mike Ribas. She also collaborated with Alejandro Navarro, a wonderful singer in the style of Frank Sinatra, performing jazz duets in a big band setting. In 2001 she connected with a local voice coach, Julie Paxton and is collaborating with great local musicians from the Roaring Fork Valley, like Tim Fox, Mark Johnson, Chris Bank, and Mike Facey. Josefina has quickly gained recognition for her unique jazz style. She has been studying with Tim Fox at Fox School of Jazz since 2010. In November of 2013, she recorded her first album called “Todo Llega” in Buenos Aires, Argentina. Collaborating in this project were musicians from Argentina, the United States, and Switzerland.

This program is part of our Sunday afternoon Walt Smith Jazz Series that honors the memory of the local jazz legend.