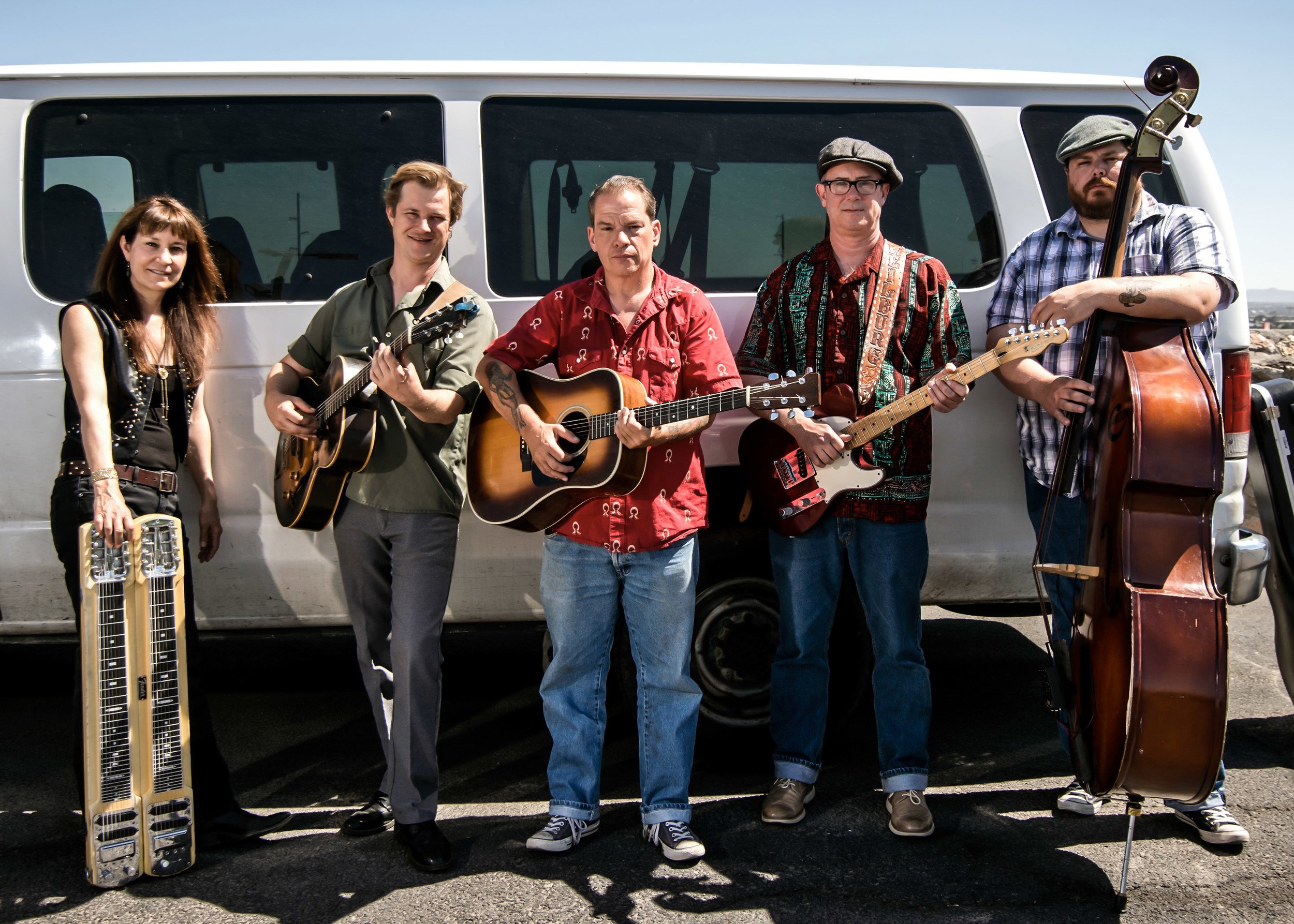 Since his stunning debut, Thunderstorms and Neon Signs in 1995, Wayne “The Train” Hancock has been the undisputed king of Juke Joint Swing – that alchemist’s dream of honky-tonk, western swing, blues, Texas rockabilly and big band. Always an anomaly among his country music peers, Wayne’s uncompromising interpretation of the music he loves is in fact what defines him: steeped in traditional but never “retro;”bare bones but bone shaking; hardcore but with a swing. Like the comfortable crackle of a Wurlitzer 45 jukebox, Wayne is the embodiment of genuine, house rocking, hillbilly boogie. Wayne makes music fit for any roadhouse anywhere. With his unmistakable voice, The Train’s reckless honky-tonk can move the dead. If you see him live (and he is ALWAYS touring), you’ll surely work up some sweat stains on that snazzy Rayon shirt you’re wearing. If you buy his records, you’ll be rolling up your carpets, spreading sawdust on the hardwood floor, and dancing until the downstairs neighbors are banging their brooms on the ceiling. Call him a throwback if you want, but all Wayne Hancock wants to do, is simply ENTERTAIN you, and what’s wrong with that?