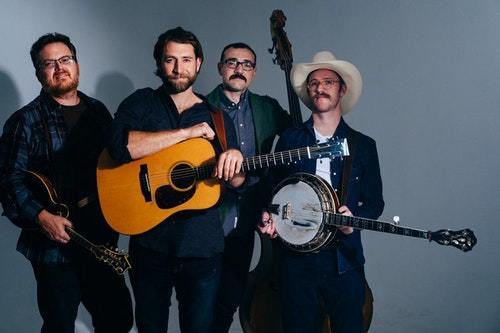 With their latest GRAMMY nominated record “North of Despair”, it’s the melding of hard country songwriting with high-octane bluegrass instrumentation that makes for Austin, TX based Wood & Wire’s signature sound. Tony Kamel, Trevor Smith, Dominic Fisher, & Billy Bright cut these tunes live to tape with minimal editing bringing the well known ferocity of their live shows, and an impromptu joy to each track – a joy that developed out of playing over 150 shows a year since 2014. This is really their first studio record since they began touring nationally, making it their most definitive to date. These guys have developed a solid reputation of giving joyous and heartfelt performances, often described as having the best of both the traditional and progressive sounds, with a unique backbeat feel influenced by Texas sounds they’ve honed in over the years.