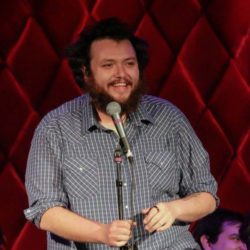 Known for whip-quick wit and rollicking improvisations, Sam Tallent is one of the sharpest, most original rising talents in comedy today. He has been called "the absurd voice of a surreal generation" by the Denver Post, and, when not maintaining a "Black Flag-esque tour schedule" (Savage Henry Magazine), Sam has worked alongside many of the biggest names in comedy, including Russel Peters, Dave Chappelle, Doug Stanhope, Dana Carvey, Hannibal Buress and Ron White. Sam has performed at the Oddball Comedy…

The Kid Flicks tour features audience favorite and award-winning short films from New York International Children’s Film Festival, the nation’s largest film festival for kids and teens in North America. Kid Flicks One gives a warm welcome to all budding cinephiles with this lively international lineup of fun. Kick off the festivities with good hygiene and great dubstep in Party Mouth (USA), then let your hair—or, er fur—down and hang loose in I Want to Live in the Zoo (Russia).… 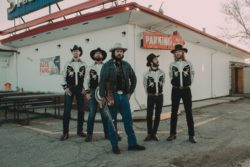 Hang Rounders’ music is best heard on a dance floor, where it is allowed to do its work and get you movin’, singin’, and bringin’ (your sister). Their newest songs, “June Bug” b/w “Shaky Hands,” will be released on 7 inch vinyl in late 2018. They were produced at Mighty Fine Productions in Denver, CO with engineer Colin Bricker, and feature guest musicians Mark Shusterman (Nathaniel Rateliff & The Night Sweats) on keys and the most excellent Jennifer Jane Niceley…

EXIT THROUGH THE GIFT SHOP

The infamous, shadowy British graffiti street artist Banksy has literally left his mark on cities throughout the world. He comes in contact with Thierry Guetta, a Los Angeles-based Frenchman who videotapes various underground art escapades, and later is transformed into an art phenomenon dubbed "Mr. Brainwash." Rhys Ifans narrates an overlapping documentary where the line between what is real and what might be fake blurs, as modern art and celebrity are put under the microscope. This documentary is presented in… 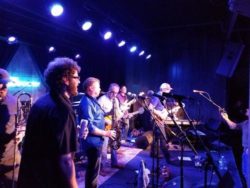 Jes Grew is an eclectic rock n roll band out of Aspen, Colorado which derives it's name from the 1972 novel, Mumbo Jumbo by Ishmael Reed. In the novel, Jes Grew is a mysterious "plague," a "disease" that forces its "victims" to dance and let their inhibitions go, and that's exactly what this group will have you doing. Symptoms of jes’ grew include: mediocrity intolerance, chronic questioning of authority, and uncontrollable shaking of the hips and ass.

Dubbed as one of Rolling Stone’s “Artists You Need to Know,” his musical influences range from Merle Haggard to Guns N’ Roses. Montana’s passion for music has not gone unnoticed by his fellow musicians. “Tim is the real deal. He’s a little bit country with lots of hard rocks — or maybe he’s a rocker in touch with some serious country roots,” says ZZ Top’s Billy Gibbons. Tim grew up in Butte, MT in a household that did not support… 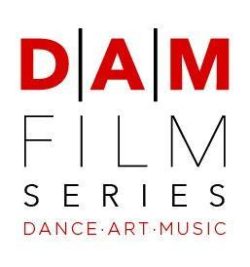 The Price of Everything producer Jennifer Blei Stockman will help us celebrate an incredible year of collaboration with Aspen Film. Join us for the last DAM (Dance, Art, Music) screening of 2018, and raise a glass to the upcoming year of films that honor incredible performers, artists, dancers, and musicians. A complimentary champagne toast will precede the screening, and a conversation and Q & A with Jennifer will follow. Exploring the labyrinth of the contemporary art world, The Price of… 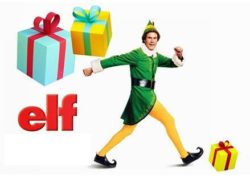 The Temporary thanks the community with this celebration of the season. Join us at 4:30 for free Christmas cookies, treats, and cider. At 5:30, we'll put on the classic film Elf. Join your kids on the carpet and watch, or enjoy the company of your neighbors at the bar while the kids are entertained. We look forward to celebrating the season with you! 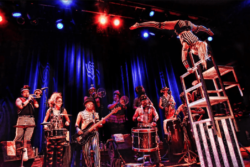 MarchFourth is an internationally-acclaimed, genre-breaking FORCE in the world of entertainment — a sonic explosion delivered by 20 musicians, dancers and artisans who travel the world, year-round, taking audience members of all ages, from all walks of life, on a joy-inducing, foot-stomping, booty-shaking, soul-stirring journey that defies categorization. With exceptional musical quality and a visual kaleidoscope of stilt walkers, hoopers and Vaudeville-style dancers, MarchFourth whips audiences into a celebratory frenzy with an over-the-top spectacle of high-energy compositions, colorful costumes, and…