A rancher’s perspective on wolf reintroduction 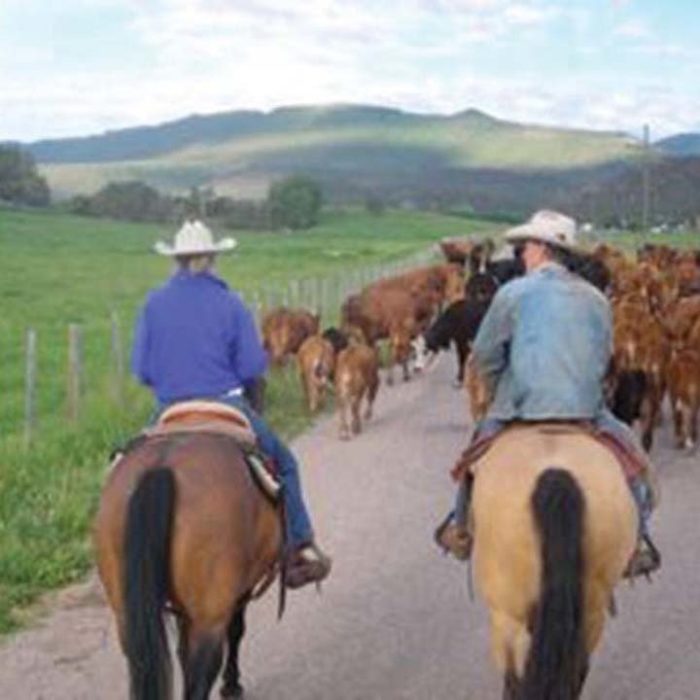 There are legitimate concerns and consequences to be considered pertaining to the reintroduction of wolves. It is disingenuous to state that opponents of wolf reintroduction base their beliefs solely on myth while wolf advocates use only facts as suggested by Senator Phillips of Montana.

The real myth is that anyone could believe that wolves would return to Colorado, to 5.5+ million people, to a landscape crisscrossed with roads and trails, and to outdoor recreation on steroids, and not have negative consequences.

What is at stake is open space provided by ranchlands and locally grown meat. Ranches provide habitat for many plants and animals, critical winter habitat for deer and elk, and connectivity to public lands. With the loss of ranchland, cats replace songbirds, raptors lose hunting grounds, and houses sprawl.

This may be an old argument, but it is valid. Colorado loses about 700 acres of farmland every day. Resort communities are among the hardest hit. Accompanying this loss is an increase in air pollution and decrease in water quality. Colorado and Pitkin County have long supported open space as it improves quality of life for the entire community and wildlife.

Ranchers in western Colorado will be seriously impacted by wolves through depredation of cattle. In western Colorado, ranchers rely on Federal grazing leases for summer pasture because there is very little private land — 86 percent of Pitkin County is public. Most local cattle graze on permits like Thompson Creek that encompass tens of thousands of acres. Even wolf advocates like Defenders of Wildlife acknowledge that avoidance strategies are ineffective because they do not work on large scale landscapes and wolves figure them out after a few weeks.

Defenders of Wildlife no longer pays compensation for loss of livestock because it is impossible to determine. The evidence is eaten. Compensation never addressed the fact that stressed cattle don’t gain weight and pregnancy rates drop, decreasing profitability.

Hiring more range riders is prohibitively expensive and impractical, requiring multiple riders on the range 24 hours a day, 7 days a week, for months. Cattle do not band together like sheep. At night, riders can do little more than man sirens, flash lights, and shoot blanks.

Sen. Phillips reports that Montana is issuing hunting licenses for longer periods than any other state and that the elk population is increasing. What he fails to mention is that the highest harvest on public land is in north eastern Montana, where wolves have yet to migrate.

Sen. Phillips presents wolf reintroduction as necessary to improving Colorado’s ecosystems, yet he provides no data or scientific studies showing what areas in western Colorado are suffering from deteriorating riparian areas lacking in willows, song birds, and beavers that overlap with areas considered for wolf reintroduction.

Colorado has a higher elk population than any other state because it has ideal habitat of aspen and oak montane hillsides. Elk are well managed by Parks and Wildlife and there are plenty of predators such as black bears, mountain lions, and coyotes. Between 2012 and 2016, hunters in Colorado killed an average of 43,631 elk, while in Montana hunters killed an average of 24,379 elk.

It is a myth to think that changes in Colorado’s ecosystem will resemble the changes that occurred in Yellowstone. Yellowstone had no hunting for over 100 years. The ecosystem was out of whack. Colorado has a healthy balance of predators, hunters, and elk. It also has more people using the land.

Western Colorado’s economy is fueled by outdoor recreation. Colorado has 5.5 million people compared 1 million people in Montana and half a million in Wyoming.  Maroon Bells is one twelfth the size of Yellowstone, but both areas have about 140,000 hikers and campers annually. Colorado’s use of public lands is not limited to Wilderness areas. Our BLM is heavily used; places like the Crown and Red Hill. Wolves will be unable to avoid people.

Wolves are aggressive toward all canines. Dogs are not allowed in Yellowstone, but wolves have killed dogs on ranches.

Legal shooting of wolves for both sport hunting and depredation of livestock is part of a reintroduction program — 717 wolves were killed in 2015 in MT, WY, and ID. Shooting entire packs that deprecate livestock is the most effective management tool, but it causes anger and heartache for ranchers, advocates and wolves.

Wolf reintroduction should be based on fact, not nostalgia. The consequences should be understood. Glossing over tables to make a point sets everyone up for buyer’s remorse. Sen. Phillips failed to paint a complete picture of living with wolves or to acknowledge the problems that would ensue for everyone: ranchers, dogs, wolves, and the community.

Marj Perry grew up on the Mt. Sopris Hereford Ranch south of Carbondale and still follows the cows to Thompson Creek every year.