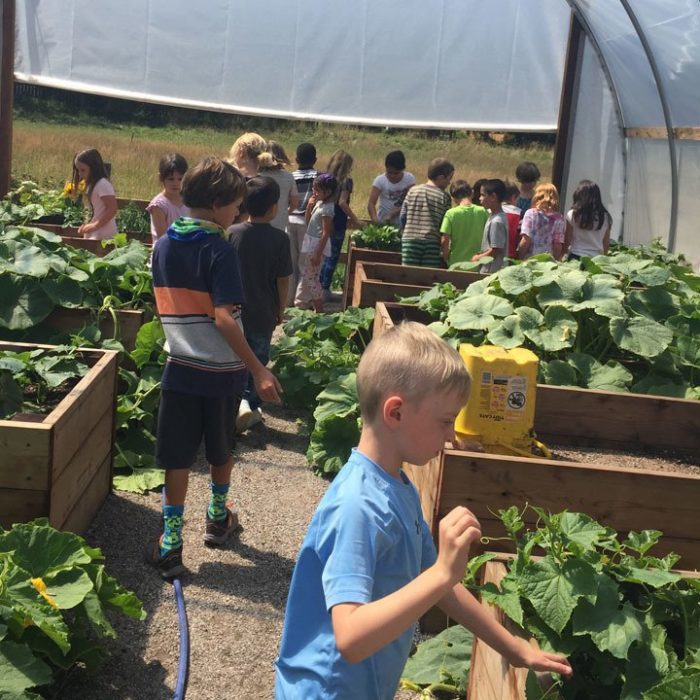 It was unanimous: the food would be distributed to as many people in need as possible throughout the Valley. The decision was easy, but figuring out the logistics of getting the harvest from Ross Montessori School’s garden to its desired recipients would take teamwork.

“I had a committee of kids helping me, deciding what they wanted to do, and they all agreed that they wanted to give the food to organizations like Lift Up,” she said, adding that she didn’t have the bandwidth to organize that undertaking alone. “When I saw that Roaring Fork Leadership needed community projects, it was a no brainer. They created this distribution program and used all their new leaderships skills to build this; it was really neat.”

RFL offers leadership training programs that focus on personal growth, skill building and working in teams. One such team, which celebrates its graduation May 18, partnered with Ross Montessori to help the students realize their distribution goals.

Nick Chimerakis, an Aspen-based certified public accountant, was a member. Tapping into his own network, he brought the idea of serving as a distribution point to St. Mary Catholic Church, where he and his wife are parishioners.

“There was some apprehension because of the geography difference,” he said about his volunteering to pick up the food from the school and bring it to the church, which operates a homeless shelter.

Bridging the geographical and demographical gaps across the Valley is one of Williams’ favorite aspects of how the project finalized. St. Mary isn’t the only distributing partner to join the project: the RFL team also brokered agreements with Valley Settlement, the Traveler and Lift Up to help ensure the students’ produce reaches those who most need it.

“I am hopeful that we feed many, many people. Through these four organizations, we are hitting such a cross demographic,” she said, emphasizing that by leveraging organizations’ existing systems, the food will be able to make its way to broader audiences. “We’ve got people from Glenwood Springs to Aspen of all ages being covered with this food, so I’m really excited about that.”

Chimerakis, who found RFL through his employer, described the cooperative energy toward a common goal as one of the program’s greatest payoffs. “The diversity and the connections were a really rewarding and enriching part of the experience for me. I thought it was amazing what six people can do when they put a little effort in and are willing to work together,” he said of his teammates.

While nobody involved knew exactly what the result would look like, he said, through listening and compromise, they were able to create a plan to execute something that would touch the entire Valley — something for which he gave a great deal of credit to Williams, too.

“She didn’t come to us and say, ‘It has to be this way.’ She really was open to listening, and I think the end result is a reflection of that collaboration,” he said.

As for Williams, she’s already looking forward to next year’s plans even before this year’s harvest. It’s not just an educational exercise for the students — she’s learning, too. “We’re really going to understand what this greenhouse can do,” she said. “It’s fun for the students; they’re measuring the air temperature and the humidity and the soil temperature, trying to figure out if it’s right for planting and what’s going to do well. Last year, it was kind of, ‘put a bunch of seeds in there and see what happens.’”

RMS Head of School Sonya Hemmen is equally committed to the project. “I am so proud of the work that Roaring Fork Leadership has put into this project to make our students’ dream of supplying free produce to the community a reality,” she wrote in an email. “We look forward to many seasons of learning and providing nourishment for those in need who live in our community.”