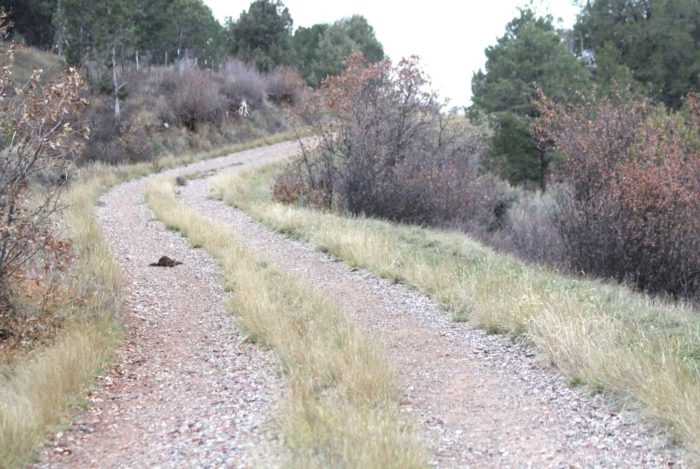 Stating that access to beginner-level horseback riding is being compromised in the Roaring Fork Valley, riders in the Carbondale area are lobbying the Bureau of Land Management (BLM) to designate its Sutey Ranch property for equestrian use only.

The BLM is accepting comments from community members through Nov. 5 about three options (referred to as “alternatives”) for how to manage the 557-acre Sutey Ranch property located along County Road 112 south of Cattle Creek Road.

The Sutey Ranch was acquired in March 2017 in a three-way land exchange with a private property owner. In the exchange, the BLM also acquired a 112-acre parcel along Prince Creek Road that had been used for years by the public and contained well-established multi-use trails. Once a working ranch held by the Sutey family, the parcel was historically used for grazing and includes ditch water rights, water storage rights and historic outbuildings. Much of the property’s western and southern borders connect to the “North Side” of the Red Hill Special Recreation Management Area via existing non-motorized trails.

The three alternatives for Sutey were created based on public feedback during a public open house in July 2018. Alternative A prioritizes hunting and wildlife but allows limited grazing; Alternative B allows equestrian and hiker use only; and Alternative C would be open to nonmotorized recreation, including mountain biking (except for Dec. 1 through April 15 to match existing policies on Red Hill), and grazing.

“Part of the reason there’s so much interest in the Sutey parcel is because of its location,” Tibbetts said. “It’s in an area with a lot of people who want to use public lands.”

Members of the Roaring Fork Valley Horse Council agree that is part of the property’s appeal. “If you go up on Missouri Heights, it’s horse country. Sutey Ranch is very proximal to that and a lot of people who are novice riders would be able to access that,” said horse council member Leslie Thomas.

According to Thomas, the horse council is made up of about 500 members and is growing. Its members have taken interest in the Sutey Ranch parcel because it offers “gentle” terrain.

Fellow horse council member Susan Cuseo explained: “We’re looking for a predictable experience. For instance, I have an 8-year-old granddaughter who would like to ride. There are many places I couldn’t risk taking her. She would just get thrown; same for a novice rider and a novice horse. If you take them out and they have a bad experience, you might as well cancel the experience.”

Thomas and Cuseo said they were “pleasantly surprised” to see Alternative B, which prioritizes equestrian use. It additionally would allow hiking but limits travel during the winter months. Grazing, a traditional BLM use and once part of ranch operations, would not be allowed. The council also wants to use the property to educate people about homesteading and the valley’s ranching history.

Horse riders say that equestrian access is being squeezed out of the Red Hill trails along Highway 133, due to a lack of trailer parking and bicycle traffic, and will only worsen after a new parking lot goes in.

“We’re really asking for one place to ride without mountain bikes,” Thomas said.

Cart before the horse

However, Davis Farrar of the Red Hill Council said the Sutey parcel is big enough to accommodate both uses, and safety concerns can be addressed with separate trails. He added that equestrians have access to many trails that don’t allow bicycles in the surrounding wilderness areas, including Maroon Bells-Snowmass, Hunter-Fryingpan, Holy Cross and the Raggeds.

“Equestrian use is allowed everywhere, on all public lands. Mechanized use is restricted to designated routes and lands,” Farrar said. “Aside from that, the horse trails put in at Glassier [south of Hooks Spur Lane in Eagle County] apparently have weeds and grasses growing in because of lack of use.”

The Red Hill Council manages Red Hill trails under a Memoranda of Understanding with the BLM. Farrar says the council recommends Sutey be managed consistent with the existing Red Hill special recreation area, but with separate trails for horse and bicycle traffic. The council recommends building a parking area for horse trailers along County Road 112. According to Farrar, the council also supports shutting down access to all forms of recreation during winter to protect wildlife.

With more and more people moving to the Roaring Fork Valley for recreational experiences, including mountain biking, Farrar says it’s wise to plan for that growth and concentrate use on parcels like Sutey.

“We live in a valley where recreation demands are increasing exponentially… The solution is not to ignore it,” Farrar said.

“The Sutey Ranch has so many positive spinoffs,” he added, citing health, fitness and a continued boost in the recreation economy. “The conflict with the horse community is minor and can be worked out.”

But separating users with different trails would not work, according to the horse council’s Cuseo, who lives near Sutey Ranch, because it would fracture wildlife habitat.

Mike Pritchard of the Roaring Fork Mountain Bike Association says that group has sketched out two proposed trails on Sutey that would be accessed from the Sutey Ranch side. “We are not advocating for access to the existing ranch roads, which mostly coincide with the open meadows/fields favored by wildlife,” an RFMBA email states.

Members of a third group of stakeholders have submitted comments in way of a form letter stating that the Sutey property should be designated an “area of critical environmental concern” and prioritized for wildlife and wildlife habitat.

The public comment period runs through Nov. 5. Tibbetts encourages citizens to be specific in their comments. “Just knowing which alternative you care about is less informative to us than what the basis is, what the justification is, for that alternative.”

More information about the planning process is at go.usa.gov/xnvM5.