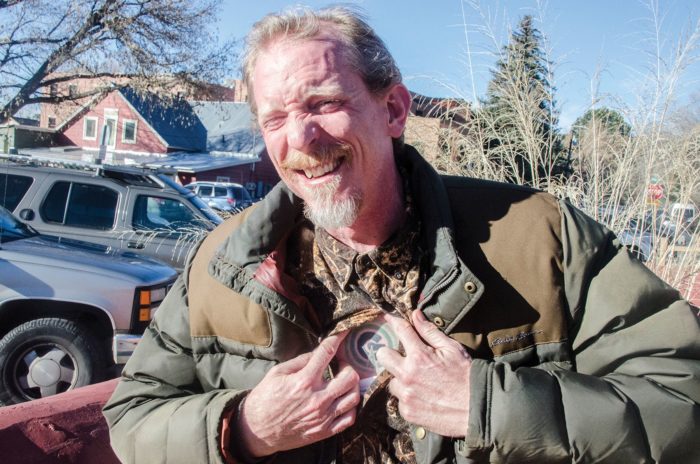 The last time KDNK hosted the Rocky Mountain Community Radio conference, Gavin Dahl was on the KGNU board and working for Alternative Radio with David Barsamian.

“That was my first time falling in love with KDNK,” he recalled. “As a guest, it all looked easy. Actually doing the work, I’ve realized all the incredible effort that has gone into getting KDNK where it is today. I think it’s really important to carry the torch and represent that legacy.”

Dahl had a chance to do exactly that when the RMCR returned to Carbondale last week.

The average listener might not have noticed the event unless they tuned in during the guest DJ “takeover” of the airwaves on Nov. 14 or attended the Mountain Music Showcase on Nov. 15, but it was a full schedule for participants. Sessions on social media, youth radio, underwriting and more took over KDNK’s own community room as well as Marble Distillery, with a wide array of local fare and built in time for a soak at Avalanche Ranch.

“People love coming to Carbondale. They’re really excited that KDNK is committed to news and music.” Dahl observed “We got to kind of show off the tastes of the neighborhood.”

“Our network is more powerful than you think, and it has deep, deep public support,” Kane told the full assembly of almost 50 regional radio professionals. She showed a map of the NFCB’s 808 members, with a density in Colorado comparable to the coasts.

Still, there are challenges: shifting priorities at the Federal Communications Commission, doubt on the future of federal funding and competition from new technology. She encouraged attendees to embrace the times rather than fight them, noting that podcasts are “just packaged audio, and radio is good at it.”

And collaboration, in her estimation, is essential.

“We spend far too much time and energy on how our station is different and not enough on how we’re the same and can work together,” she said.

Vanderwilt echoed the sentiments, although he acknowledged that CPR has made some enemies in the industry over the years with transmission disputes and, more recently, by hiring award-winning Capitol Coverage reporter Bente Birkeland away from her post at KUNC.

The group seemed mollified, however, by assurances that the station was open to sharing its content.

“We see this as all for one, one for all,” Vanderwilt said. “I think that before long, CPR will be one of last standards of journalism owned in and committed to Colorado… “Public radio is the most listened to news source in Denver. We’re no longer the alternative. We’re the new mainstream.”

The conference also gave members a chance to catch up with new capitol reporter Scott Franz. Until recently a resident of Steamboat, he’ll bring a welcome Western Slope context to issues like broadband, harassment and transportation.

“We’re looking at some really exciting coverage coming out of the capitol,” he told KDNK listeners in a news brief. “I’m looking forward to being in the room when the decisions are made and bringing more voices into the coverage.”

Meanwhile, RMCR is expanding its focus from just Capitol Coverage to facilitate content sharing, best practices and general support, according to Treasurer “Deep Rawk” Dave Ashton. In addition to the content, he was particularly pleased with the guest DJ segment of the program.

“I’ve been to many radio conferences and there’s never anyone playing music,” he noted. “I’m also noticing a lot of new faces — younger people who are not necessarily station managers.”

One such was Molly Marcello, News & Public Affairs Director at KZMU in Moab. Utah lacks a RMCR equivalent, but that wasn’t about to stop them from connecting with their neighbors.

“No one wants to work in a radio island,” Marcello said. “It’s really important to feel like part of the larger radio community, which is all about helping each other out.”