Deck the streets with hops and barley 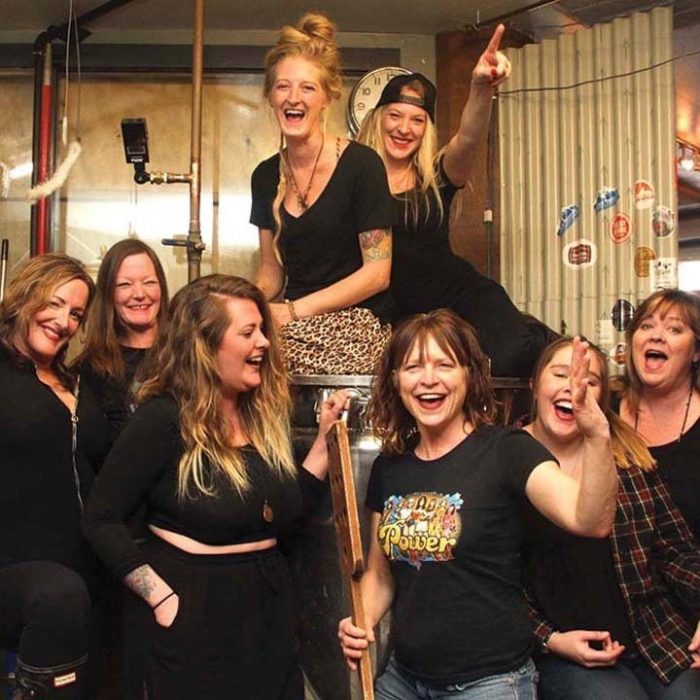 Allowing open containers on the closed portion of Main Street on First Fridays would have been a nice idea for many, but the logistics required to make it a reality proved burdensome. And besides, several local restaurant proprietors have come up with a working compromise on their own: the “floating” decks.

That was the consensus at a recent special events task force meeting.

“We’ve ended up with a kind of accidental drinking in the streets with the deck permits,” said co-chair Jake Boyle. “There are a lot more establishments serving out on Main Street, which kind of indirectly serves that purpose. You could have friends that walk past when you’re out on the deck and be able to socialize without officially going through all the hoops.”

While those deck permits have been heavily utilized by establishments in the core downtown area, the rollout wasn’t completely smooth at first, member and town trustee Marty Silverstein noted.

“There was some good education going on, because not everyone understood it in the beginning that you can’t just order a beer and help yourself to the deck — there has to be a server who brings it out to you — and you can’t pass it to your buddy who’s leaning on the deck.”

That said, he felt any early policy execution hiccups served more as an opportunity than hindrance to its future. All things considered, Boyle thought the rollout of the deck permits went as well as could be expected.

“I think it worked out really smoothly. It’s grown from establishment to establishment — rather than establishing a separate entity to have to police it,” he said. “I’m all for it. It’s a uniquely Carbondale thing for the most part; it checked a lot of boxes for the town and for citizens, and I didn’t have to join another committee,” he added with a laugh.

It checked a lot of boxes, Parks and Recreations Director Eric Brendlinger agreed, but not all. Mainly, the idea of the Special Entertainment District permit that the First Friday committee originally proposed was to create a fundraising opportunity.

“The original idea was to have it be a fundraiser for First Friday, so that’s not happening,” he pointed out.

But even the bottom line is being taken care of by the private business community: First Bank, which is opening a Carbondale branch, has offered to sponsor First Fridays to increase its visibility in the town.

Of course, First Fridays aren’t the only special events in the lineup for 2019 — far from it. The draft calendar has been established (published here), but Brendlinger emphasized that it is merely a draft.

“It will be finalized before the Jan. 8 meeting with the Trustees for final approval,” he said in an email.

“We are excited for what’s to come in 2019, including additional partnerships, creative highlights and events, all while maintaining a family-friendly atmosphere,” she said.

Sopris Park “Where my Peeps at”

Rotary Club Running of the Balls