CVEPA looks ahead while remembering the past 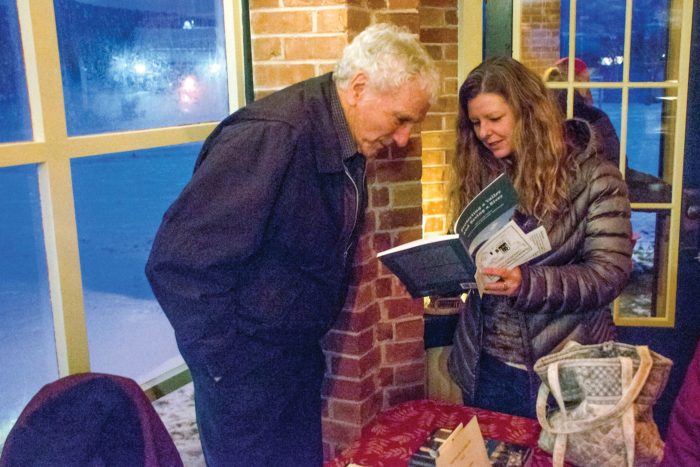 “I didn’t know anything about Colorado history, but I fell in love with Redstone and decided to do some research on John Osgood, the founder of Redstone,” he said. “I was going to write an article, but it turned out I wrote a 400-some page book on Johnny Osgood throughout his whole business career.”

Munsell published “From Redstone to Ludlow” in 2009; in December of 2018, he released his fifth book, “Protecting a Valley and Saving a River.” His latest work documents the history of the Crystal Valley Protection Association, of which he’s been a member for more than a decade.

“[It was] a very small group in Marble organized … to protest the Marble ski area proposed development. Then, shortly thereafter, while they were in the process of protesting the Marble ski area, another major project was proposed, the West Divide Project,” he said. “Simply, it proposed damming the Crystal River in two different places. One place they wanted a large reservoir was just north of Redstone; it was called the Osgood Dam. Had that been built, Redstone would have been flooded — it would have been destroyed.”

Redstone is still on the map, thanks in large part to CVEPA’s efforts. “You can’t give all of the credit to CVEPA, but had they not intervened …” he paused. “They were the first of the environmental groups to organize to protect the Crystal Valley and river. CVEPA fought [the West Divide Project] tooth and nail for over 40 years. Finally, other organizations and governments got involved … Finally, in 2013, the river districts abandoned their water rights on the Crystal.”

That recent resolution points to the fact that the Crystal Valley’s history is ongoing into the present day. CVEPA continues pushing for thoughtful development that respects the area’s environmental impacts. That’s where Dorothea Farris, president of the CVEPA board of directors, focuses her efforts.

“You don’t want to say to somebody, ‘I got in and you didn’t,’ but we know the reasons for being here are special. So you adapt your environment… and maybe coming up with some ideas for how we can live here, share it with other people, other wildlife, other environmental conditions and make it better,” she said. “If it can be done, it can be done here.”

To that end, CVEPA is currently researching and planning the logistics of hosting a conference in the spring, as a throwback to the State of the Valley meetings.

“What is allowed and what is permitted in this Valley, and how would that impact our environment conditions? Not getting into is it good or bad, but just this is what is possible,” she said of the conference’s focus.

Currently, the contentious Carbondale to Crested Butte Trail occupies headlines, meeting agendas and private conversations. Strong opinions regarding trail alignment — and whether there should be a trail at all — exist on all sides of the spectrum. In fact, a few CVEPA board members have taken either a leave of absence or submitted resignations because of the matter. Farris is sorry for the tension, but as a longtime local who has weathered such policy storms before, she’s confident about the future.

“I think it will resolve itself, but in the process of doing that, it’s going to be painful,” she said, adding her personal support for the reopened Redstone Castle and hopes for the trail’s role in helping the town attract respectful, responsible visitors. “Redstone has a mixed feeling: it’s getting some life back now.”

Farris is part of the camp that believes a trail with common-sense restrictions would be beneficial for the community without having to go through private property and maintaining awareness of the local wildlife and coexisting with that wildlife.

“The bighorns are big — we’ve got to do something for them … The elk and the deer, every fall and every spring, they cross the front yard of the castle. People were having bed and breakfasts there, and the deer and elk went by anyway. So you can learn to live with each other,” she said.

But figuring out the details of how to accomplish that is part of CVEPA’s heritage. And she doesn’t speak for the entire organization, as individual members have different expertises that they apply to different arenas, she stressed. It’s most important to have advocacy and conversation around the area’s issues — which means attracting younger membership.

“If anyone is concerned about these issues, they should contact some of us,” she said. “We really do need to open up all of our organizations to young people. I go to meetings, and it’s like looking at Congresspeople: all old, gray men.”