A brief history of local broadcasting 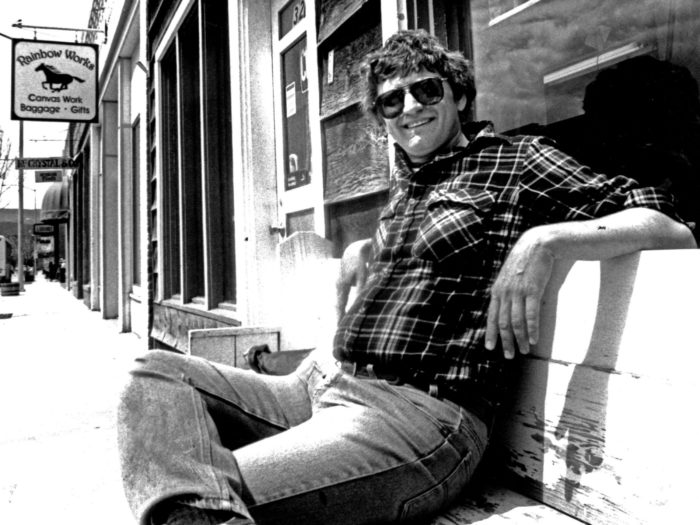 In September of 1963, I got on the train in Springfield, Mass. and two days later got off in Glenwood Springs.

I was starting at Colorado Rocky Mountain School as a sophomore and besides having an electric guitar and amp, I had a Sony transistor AM radio.

I had started listening to AM rock and roll radio in the ‘50s, so I quickly found KOMA out of Oklahoma which became my go to rock station for the next three years.

In hindsight, it is hard to believe how little electronic media we had then.

I saw television twice at CRMS in those three years — Kennedy’s assassination and The Beatles on Ed Sullivan — on a smuggled in Sony portable TV! Our news from the outside world came from Time and other magazines.

There were a few  “record players” which played lots of folk music.

After the Beatles invaded us, that changed. Everyone who had one, brought records back from vacation.  TV came in via translators located above CRMS on “Tick Ridge.” KREX (a CBS affiliate) was one.

In ’66, I graduated and went to Denver University where I discovered FM underground rock (short lived, but leaving an enormous impression on a lot of us) and the wonders of a real stereo!

I came back to CRMS in ’70 and taught there for two years. I had a stereo and records by that time, but no TV. In  ’71, I lived with a faculty couple who had a black and white TV and we watched Dick Cavett at night.

I left teaching in ’72 and I bought a house up the Crystal  and had my first of two brilliant business ideas in my life. I had been driving over to Boulder and Denver to buy records.

At that time it was two lanes from Glenwood to Georgetown and over Loveland Pass. In the winter, you were lucky if you made it in five to six hours!

My idea was to open a “High Fi and Record Shop” called Main Street Music in Carbondale! Carbondale was on an upward financial swing then, having recovered from the Thompson Creek Mine closure in mid ‘60s but had almost no retail businesses and they were mostly on Main Street .

Carbondale had begun the slow, inexorable social change to what it is today with people like Laurie Loeb and many other “Hippies”  from all over the country moving in. Aspen was beginning its big boom so there were lots of construction and restaurant jobs and  rents  in Carbondale were cheap!

The first thing everyone did after securing lodging and work, was to buy a stereo and then records to feed it.

In four years, my business went from doing $2000 a month to half a million a year! High quality cassette machines and tape entered the market and became the popular medium to have at home and in the car instead of radio.

In the mid ‘70s, cable TV slowly came to Carbondale. Around this time too, both KSPN and KSNO (which had converted to FM) began to reach town. The real game changer was the introduction of the VCR.

What began as an expensive (around $800) device for time shifting programming would, over the next two decades, revolutionize home entertainment!

Up the Crystal and all over Pitkin County, the translator system began to improve with the county taking over maintenance and adding two commercial channels and KRMA Public TV.  A lot of us  began watching more TV — SNL, Monty Python in reruns and, of course, the NFL!

Music and audio continued to thrive and we opened a second store in Aspen in ’78 and closed the Carbondale store in ‘80. In our business in Aspen we started to see the beginnings of what today is know as “custom home installation” and “smart homes.”

The early ‘80s saw a series of economic problems that shaped the decade: the implosion of oil shale, the S&L crisis and interest rates of 10 to 12 percent! By ’82 we were in deep financial trouble. In the fall of ’82, Lee Swidler had put together the beginnings of KDNK.

I was looking for my next career move and applied for the manager job. Pat Noel, of Valley Journal fame, and I were chosen.

The arrival of KDNK, which only broadcast around Carbondale, in April of ’83 was a right time, right place event. There was no other radio like it and, outside of city limits, only wealthy people could afford big satellite dish TV. There was a local high tech TV station located at the CMC turnoff that started in early ’83. It made it for about a year!

The other big event in ’83 was Staci Dickerson starting Sounds Easy in Carbondale. VCR’s kept coming down in price and soon were everywhere.

Because of the bad economy, there still was very little live music, so home entertainment became even more important and there were very few major changes in the ‘80s.

KDNK and other radio stations slowly got wider Valley distribution and  “home theater” began to take off with surround sound electronics being mass marketed.

I moved to Denver in ’88 and came back in the fall of ’92. KDNK had moved its transmitter to Sunlight and had valley-wide coverage.

The quality of TV had improved and Sounds Easy and other video rental businesses were booming. Around ’96, Sopris Surfers started up downtown and the internet of everything got its start here!

I don’t feel like I have to explain the contemporary sound/video world, so I want to editorialize about what was lost and what has been gained.

This is the best time ever to be a music lover with streaming services like Tydal offering hi Rez downloads and a vast array of DACS (digital to analogue converters) and music servers along with reasonably priced, great sounding electronics, speakers and headphones which will improve and enhance digital sound.

To say nothing of the vinyl resurgence!

What we have lost is that time when a group of friends would sit around and listen to the latest albums sides and get lost in the world that is music!