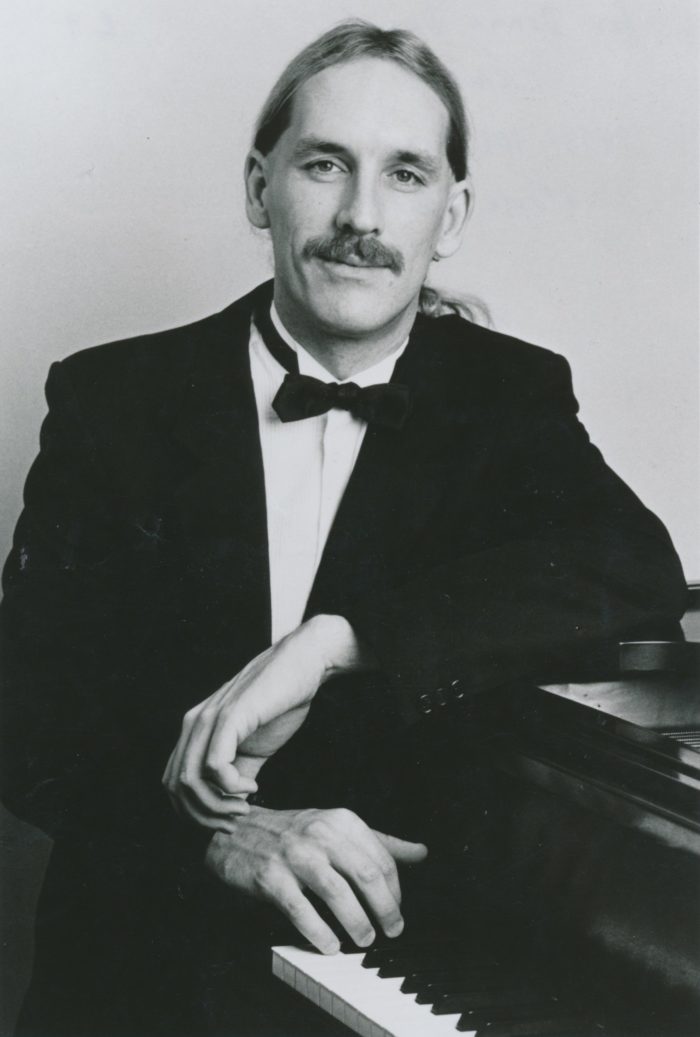 Robin Sutherland believes in tackling things like they matter, so when he performs a benefit concert for The Sopris Sun on Aug. 12 at The Redstone Castle, you can be pretty sure he means it.

“This is going to be all about fun, but also all about purpose,” he said. “I think it’s too important that one has a subscription to a local newspaper. It’s too late for The Valley Journal, but it survives genetically in some fashion.”

Sutherland’s follows The Sun from the Bay Area, where he was the principal pianist for the San Francisco Symphony for 45 years. Upon his retirement last year, the City of San Francisco issued a proclamation declaring Nov. 12, 2018 Robin Sutherland Day.

How he got there is “lost of the mists of time,” he said, but here’s “the commonly accepted wisdom.”

Sutherland was born in Denver but grew up in Greeley. As a toddler, he gained an interest in the piano at home — “quietly picking out intervals that were consonant to my ear.” He did same at school during recess, unaware that his preschool program at Colorado State College — now University of Northern Colorado — was also an opportunity for students to observe the education process. His talents were noticed, and two weeks before his fourth birthday he was studying piano at the college.

“Here’s this school of music plunked down in the cow shit and the wheat fields of Weld County, but it was absolutely first rate,” he said. “I couldn’t have done any better.”

His teacher for the next 14 years was Rita Hutcherson, one of the first women to get a music degree from Yale.

“If you subscribe to the school of pedagogical ancestry, I have some pretty fancy piano grandteachers,” he noted. “It was the only thing I was remotely any good at. I’m ungainly, so all my best choreography happens below the wrist.”

His sexuality was an added challenge, though not one he feels defines him.

“I’m gay, and that was a tough one in Greeley in the ‘50s,” he said. “That whole part of me was kept very repressed for a very long time, and when I came out seismometers registered it as a far as Chicago.”

Meanwhile, he had plenty of support from his family as he pursued his passion.

“My parents loved me to pieces even though they had no idea what I was doing,” he said.

Whether it was luck or savvy, Sutherland also set himself up for success while visiting a friend and former garage-band member at Colorado Rocky Mountain School as a teen.

“An amazing thing happened to Carbondale, Colorado, and that is that John and Anne Holden showed up and got cozy with Shorty Pabst. All the sudden these weird people began arriving from the East to make their home in Carbondale,” he said. “My last semester of high school I was pretty much full-time hanging around being a fake student at CRMS.”

He stayed at the guest quarters under the Bar Fork and played recitals in the Barn. But while he called Sopris “the single most astounding geologic thing I’ve ever seen in my home state,” he doesn’t deny the upvalley draw.

In the summers, he said, the Juilliard School practically moved to the mountains for the Aspen Music Festival. There, he met Rosina Lhévinne who, along with her husband Josef, was “the most sought-after piano teacher in the world.”

“She could have been on the faculty at the Panoma State Barber’s College and I would have followed her,” he said.

Instead, her recommendation meant that Sutherland “entered Juilliard through the screen porch in back.”

When Lhévinne stopped teaching, he defected to the San Francisco Conservatory.

“Then one day a pianist gets ill and they send me down to the Symphony to help them out,” he said. I think that was the first actual real money that I saw doing what I do. Little did I know that I was setting the tone for my entire career… You can either say I have 45 years of experience, or one year repeated 45 times.”

Meanwhile, Sutherland continued to play concerts in the Roaring Fork Valley, including three that he can remember at the Redstone Castle.

“When I first set foot in the Castle, it was really rundown and nobody was quite sure what it’s fate would be,” he noted.

Rosemary and Ken Johnson of the Grand Junction Sentinel purchased the property, properly Cleveholm Manor and sometimes referred to as the Osgood Mansion after its first occupant, John Osgood. They heavily renovated, just as current owners Steve and April Carver of the Hotel Denver have done more recently.

“There’s nothing like the Redstone Castle for what it is and where it is and what it stands for. Houses of that magnitude were designed for entertainment. This is the matrix in which chamber music thrives,” he said. “Carnegie Hall is too damn big. You need that level of intimacy.”

While you might also hear a piece of ragtime written for him by John Adams, listeners learned to expected plenty of Bach and Brahms.

“I’m a deep classicist,” he said. “I have always felt you can never go wrong with the music of the masters.”

The concerts of yore were never major money-making endeavors for Sutherland, instead benefitting Carbondale Arts and, on the last occasion, honoring the passing of Paula Mechau.

The next event happens to coincide with the 50th reunion of Sutherland’s class at CRMS.

“I’m even, if not more, looking forward to the benefit for The Sopris Sun,” he said.  “I want the sun to come up and everybody to go, ‘God damn it that was fun.’”

The Sun, for its part, is approaching the event as a fundraiser, board member John Colson explained.

“As a nonprofit, we are able rely on donations from the community in addition to advertising revenue,” he said. “It’s a little more high-tone than The Sopris Sun has ever gone. The hope is that it sets the bar for future fundraisers.”

Tickets are limited and $125 per person at tinyurl.com/suncastlebenefit, with a select number of $1,000+ donors invited to stay overnight — contact jcolson@soprissun.com for more information.

The doors will open at 5 p.m. with an open bar and a chance to check out the Castle, and the music starts at 6 p.m. sharp.

“It’s 75 minutes of beautiful music by one of the best pianists in this country,” Colson said. “What more could one person want?”