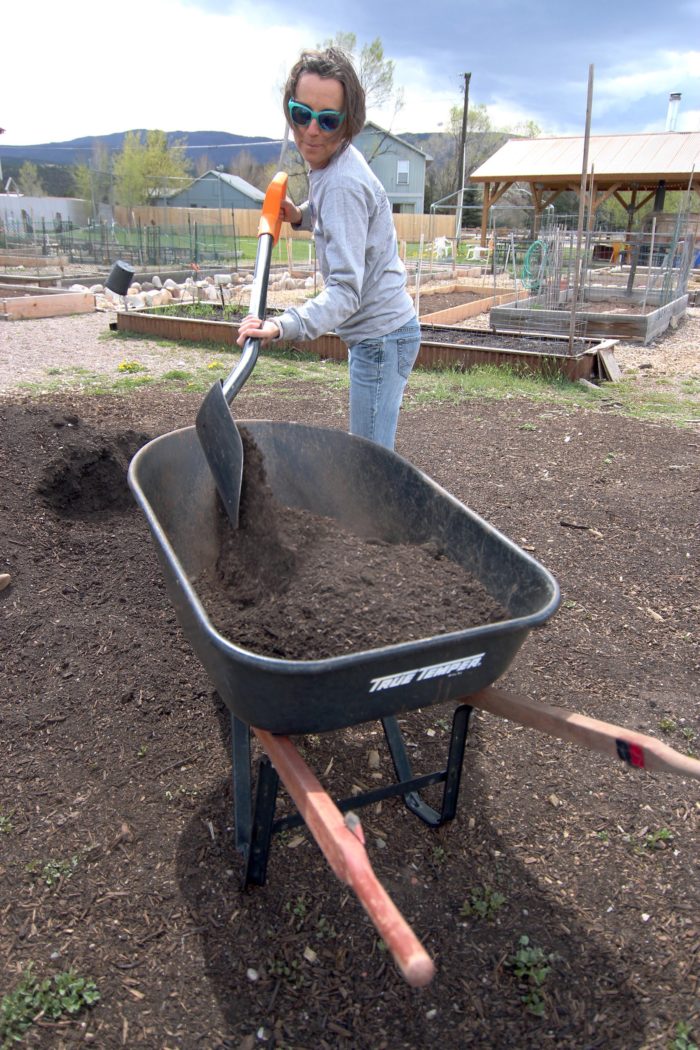 It’s May, the ski resorts are all closed, the sun is shining, dandelions are blooming — and Carbondale’s community gardens are quiet and waiting. Yes, spring planting season is upon us, and what better way to dig into it than at one of these gardens.

Our town is fortunate to have three such locations. The oldest, Carbondale Community Garden, is in Hendrick Park, just west of Holland Drive. It has been going since the early 2000s, the fruit of founder Lulu Volkhausen’s concerted effort to establish it — with considerable help from the town and an $8,300 federal grant.

Interest in the Hendrick Park garden grew rapidly, leading to a long waiting list for one of its 22 plots and a multiyear effort to create a second garden. Spearheaded by Elizabeth Cammack and Tami Stroud, the Carbondale Community Partnership Garden (later renamed Demeter’s Garden) opened in 2013 on town parkland just south of the Third Street Center and adjacent to the then two-year-old Carbondale Community Oven.

Cammack and Stroud faced a daunting task: the site needed a thousand-foot-long irrigation pipe and an expensive pump to supply it with ditch water. Although they were able to raise some funds locally, what made the project possible was a $45,000 grant from the state’s Great Outdoors Colorado (GOCO) fund. It now boasts 40 individual plots.

The third location, Good Seed Community Garden, is situated on land owned by and just north of The Orchard church east of Snowmass Avenue. The largest of the three, with some 90 potential plots, Good Seed was established in 2012. Fred Pulver, one of the garden’s founders and still its manager, described how The Orchard community came together to build the infrastructure (including a tall chain-link fence enclosure) and learned to compensate for the hard, infertile clay soil of the site through a clever use of raised beds filled with a combination of mulch, sand, compost and topsoil.

In addition to providing space for townspeople to grow their own produce, the three gardens share common goals. First, all are organic-only cultivation and have guidelines on gardeners’ responsibilities and on the types of plants that may be grown (e.g., no marijuana cultivation).

All are also engaged in the wider Carbondale community. The Hendrick Park garden has been focused on providing gardening opportunities for residents of the nearby Crystal Meadows senior housing complex, though over time the number of younger gardeners has increased there.

With the shift in the region’s demography in the 21st century, the two newer gardens have made a concerted effort to reach out to Carbondale’s growing Latino population. Many of the gardeners at Demeter’s and Good Seed are Latino. All three also have wheelchair-accessible raised-bed plots.In addition, Pulver said, “We’re promoting a tithing concept at Good Seed, where gardeners are encouraged to donate 10 percent of their produce, which is then given to people in need.” He added, “There is a refrigerator on site where vegetables can be kept fresh until they are ready to be delivered” (at this point, mainly to Lift-Up).

The longer-established and smaller Hendrick Park garden is fully booked for the season, but there are still plenty of plots available at Demeter’s and Good Seed. Both are actively looking for newcomers. Modest annual fees are charged at all three gardens, based on how large the plot is. “We try to match the size of the plot to a potential gardener’s skill set, time availability and enthusiasm” when assigning the gardens.

Eric Brendlinger, director of Carbondale’s Parks and Recreation Department — which has general oversight of the two gardens on town property — noted that there are still more than a dozen unclaimed plots at Demeter’s. Anyone interested can contact the department, at 510-1290.

Good Seed has an even larger number of plots available. Two such beginning gardeners there, Giana and her son Zach, were busy preparing their newly acquired spot on a recent morning. Those interested can contact Pulver at 963-0229. He also mentioned that as an added incentive for the “more enterprising” gardeners who already have plots, Good Seed is offering breaks on the fees for those taking on multiple plots.