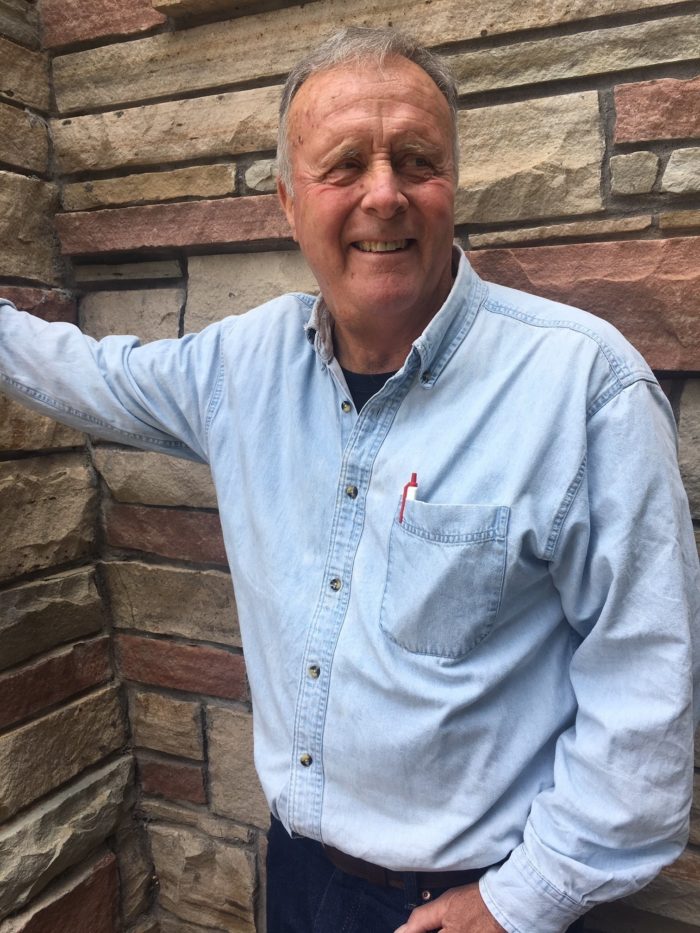 Our beloved John McCormick passed away under a full moon on May 19, shortly after 1 a.m.  He was 76 years young.

To say that he will be missed is a huge understatement. John was greatly loved everywhere he went, everywhere he ever worked, everywhere he ever lived. The lifelong yearning he had was to live in the mountains and to be in the wild, out in the elements, he always said, with sleet or rain or wind or snow biting his skin and letting him know he was fully alive. Wildness was his passion and delight.

John was born in Okmulgee, OK, on August 12, 1942 to Charles and Mary (Nagel) McCormick. He grew up in Bartlesville, OK and graduated from College High in Bartlesville in 1960, where he had been the captain of the football team.

He attended the University of Kansas, a proud member of the Beta Theta Pi fraternity, and graduated in 1964 with a degree in history. He served in the Coast Guard for two years, stationed out of Seattle, and forever savored special memories of the coast of Nova Scotia. The immense power of the ocean made him feel peaceful. Nature was in control.

John lived in Kansas City, MO, for a number of years, where he worked in various corporate jobs, including as management trainer for Farmland Industries.

He has two wonderful daughters, Anne and Laura from his marriage to Margaret Tietze McCormick, with whom he shared a love for the arts and intellectual pursuits (1968-1980).

In 1982, John met Diane Kenney on a rainy St Patrick’s Day in Kansas City at the start of a 10k race. They married in 1983 and together, in 1984, they fulfilled their shared dream of moving to Colorado.  Carbondale and the Crystal Valley have been their deeply rooted, much loved home for 35 years. John belongs to this beautiful Valley and community. John and Diane are proud of daughters Anne and Laura, and were blessed to share Colorado life with them for many years.

John worked numerous jobs in the Valley including construction labor, and briefly, as arts council director. In 1993, he earned a Masters degree in counseling psychology from CU Denver, even while working construction during the day. As a mental health counselor, he worked at Colorado West and Emily Griffith Center in Rifle, working mostly with young men. He spent the last ten years of his work life at the front desk of Carbondale Town Rec Center where he became the much loved face of the Rec Center. John treated everyone who came through the door with respect and kindness. He was famous for remembering everyone by name and he loved his co-workers.

The family is particularly grateful for the compassionate, professional end of life care and support that they received from the loving staff at the Heritage Park Care Center. John and Diane also deeply appreciate the loving care given them from the dedicated staff at the Valley View Calaway-Young Cancer Center.

Memorial gifts in his name may be made to either organization.

In dinner conversation, John was the one who could answer almost any question about history, geography or literature. He loved the Blues and jazz, especially when the horn section stood up. John also had a passion for politics and Irish poetry:

To the waters and the Wild,

With a faery, hand in hand…”W.B.Yeats

A memorial to honor John will be held at the Carbondale Rec Center on Saturday, June 22, at 3 p.m.