Keeping Crystal from being put through the mill 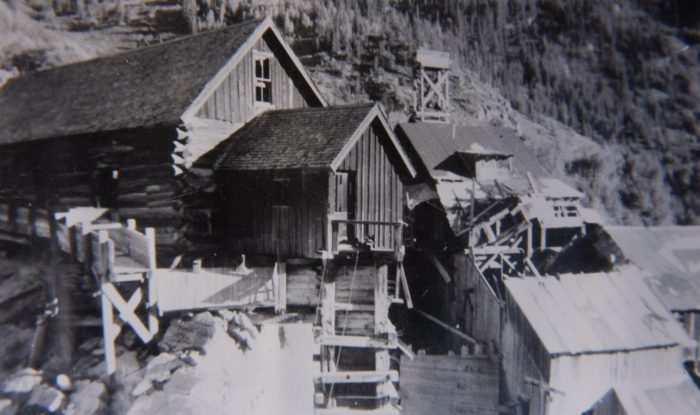 Some new things have been happening in Crystal City — but they’re rooted in old things.

Emmett Gould saw the value of the remote mining town and the picturesque “mill” nearby more than a century ago and set about consolidating the claims.

“He loved the beauty of it and wanted it kept,” Chris Cox said of his great-grandfather. “I spent every summer of my life here. I raised three sons here, and my grandsons mark six generations of it being in our family.”

More recently, he bought out several of his family members to become majority owner of Crystal Mountain Ranch, with his cousin Duane holding the rest. Meanwhile, traffic has skyrocketed.

“The internet — social media — has kicked our tails. There’s no fighting it. The mill has become an icon. It’s a destination. You look at Hanging Lake, The Maroon Bells — it’s the exact same thing,” Cox said. “We’ve never seen the numbers we’re seeing now. There has been vandalism and other problems, so we have to keep staff down there seven days a week over the summer.”

The road itself is public access, but Crystal Mountain Ranch now charges $10 and requires a waiver if you want to get closer to the river or the mill. That helps cover the cost of enforcement.

“We’re trying to find that balance,” Cox said. “We want people to enjoy this beautiful place, but it is private property.”

There’s also an opportunity for public education. The part of the building still standing, for instance, was actually the powerhouse rather than the mill. A horizontal turbine filled an air tank to deliver power to the rest of the now-scrapped facility as well as nearby mines.

“It really was cutting edge technology,” Cox observed. “To run compressed air a mile in three-inch steel pipe is a pretty amazing feat.”

The town itself has no shortage of history, either. Stop in at the General Store for a copy of “Crystal… What Really Happened” or “Creepy Crystal Tales” and maybe chat with the author Roger Neal. The town has no permanent residents, but several organizations and individuals, including Crystal Mountain Ranch, pool resources to get the road open every spring to provide access to the cool escape. The Ranch has also put considerable effort into restoring several cabins for rent while maintaining the historical charm, with camping available as well. Most of their takers are from out of state or the Front Range, but Cox is glad to cater to locals.

“They get it more than some others,” he observed.

It’s not a destination for folks who need cell service or internet access. There’s a lot more to the property than the gawkers or Jeepers see, Cox said, and it’s easy to find a little solitude.

“You get off the road and it’s nice and tranquil,” he said.

“The idea is to take it out of private hands and put it into this public entity where it can be maintained and managed for decades to come,” she explained. “Heritage tourism is the biggest draw in Colorado, and yet there’s very little money to these types of structure… It is such a large project and it’s on such a sketchy road that History Colorado doesn’t have the funds to take it over even if we gave it to them.”

It would also allow for infrastructure improvements like steps down to the riverside. “We want grandma to be able to walk down there with a two-year-old — really try to make it safer for everybody,” Leigh said.

Right now the ranch can only accept pledges, not donations, but to reach out or learn more, visit crystalmountainranch.com.