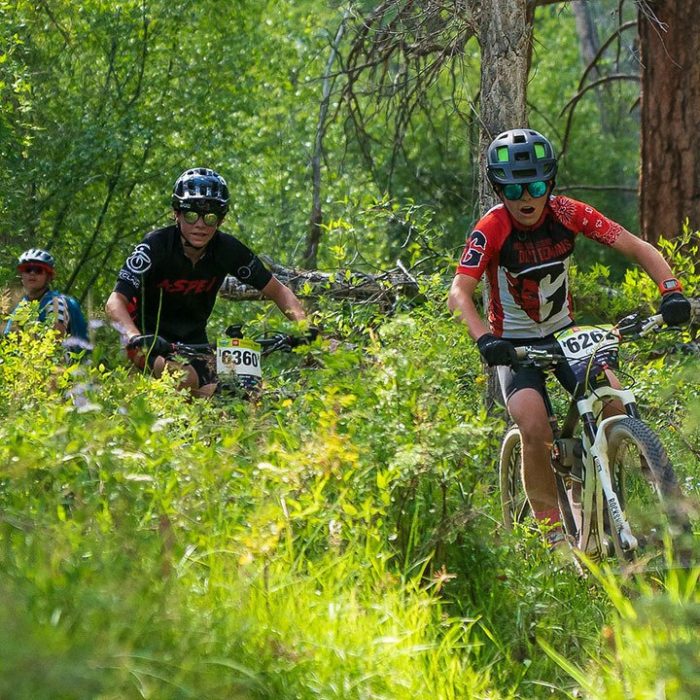 It is the first time the league, a nonprofit organization, will come to Snowmass Village.

Roaring Fork School District Athletic Director Jade Bath is working with the youth cycling organization Roaring Fork Cycling to examine the viability of launching a team at RFHS for fall 2020. (Aspen High also has a mountain bike team, and a handful of Basalt High students race on that team.)

Mountain biking is a growing sport across the nation, and Colorado is among the first states to establish a league. The state’s numbers have grown so quickly — 1,383 racers on 75 teams in 2018.

“It’s an unbelievable program in so many ways. Not just our team specifically, but at the state and national level,” said Randy Tuggle, the head coach of the GSHS team.

“When you look at participation and enrollment in those younger programs, you can just see the wave that’s just coming our way,” Tuggle said.

The Glenwood team is in its fifth year.

It started with three kids, according to Tuggle, and has redoubled every year — there are 38 students on the 2019 roster. The season began in Nathrop on Aug. 25 and continues through October with four total races and a state championship race in Durango.

RFHS ninth-grader Corbin Carpenter placed second among the freshmen at the opener event. Carpenter, who has raced in the Aspen Cycling Club series and other races, said he enjoys being part of a team made up of people his own age.

“At the high school races, there are a lot more people and they’re all my age, so it’s a nice community,” he said.

Carpenter started mountain biking when he was about 11 years old, pedaling up Prince Creek Road to ride the single track trails with his mom, Kallie Carpenter. Even though he considers mountain biking his main pursuit in summer and he has done well at the first two races (placing eighth in Leadville), he still gets nervous at the start line.

“But usually people are pretty nice and say good luck to each other,” he remarked.

Tuggle is a lifelong cyclist who started the team and has served voluntarily as the head coach. With the help of 16 other coaches, including some teachers and parent volunteers, he carries out a mission to “give all students an opportunity to go out and learn to have fun on their bike and to provide them with the skills necessary to do that their entire life.”

Practices are held three days a week in Glenwood Springs, so the Carbondale boys typically carpool or take the bus to and from the practice sessions.

RFHS freshman Henry Cole likes traveling with the team and the excitement at the beginning of each race.

“It’s a really crazy feeling, a mix of adrenaline, excitement and nervousness. Once you get going though, it all goes away,” said Cole, who rides bikes with his family.

His advice for other students who might want to experience mountain biking? “Just try it. It might be tough at first but keep working because it gets more fun as your skill improves.”

One guiding principle of the state league is that nobody gets benched; each student is included. Parents have expressed that the camaraderie on the team is unlike anything they’ve ever seen.

“These kids hang out together, they ride together, they’ve created their own supportive community regardless of social status, ethnicity, social rank. The bike breaks down barriers,” Tuggle said.

That community feeling is the favorite aspect for Kawak Miranda, a Carbondale resident who is a junior at GSHS. Miranda has raced since his freshman year and is now on the varsity team.

“I like the environment that surrounds the community of mountain biking. It’s kind of why I started riding bikes…not so much the racing,” Miranda says, adding that the varsity level is very competitive.

In terms of encouraging other young people to ride, Miranda advises to “just get out there to have fun and see where it goes from there.”