The price of healing 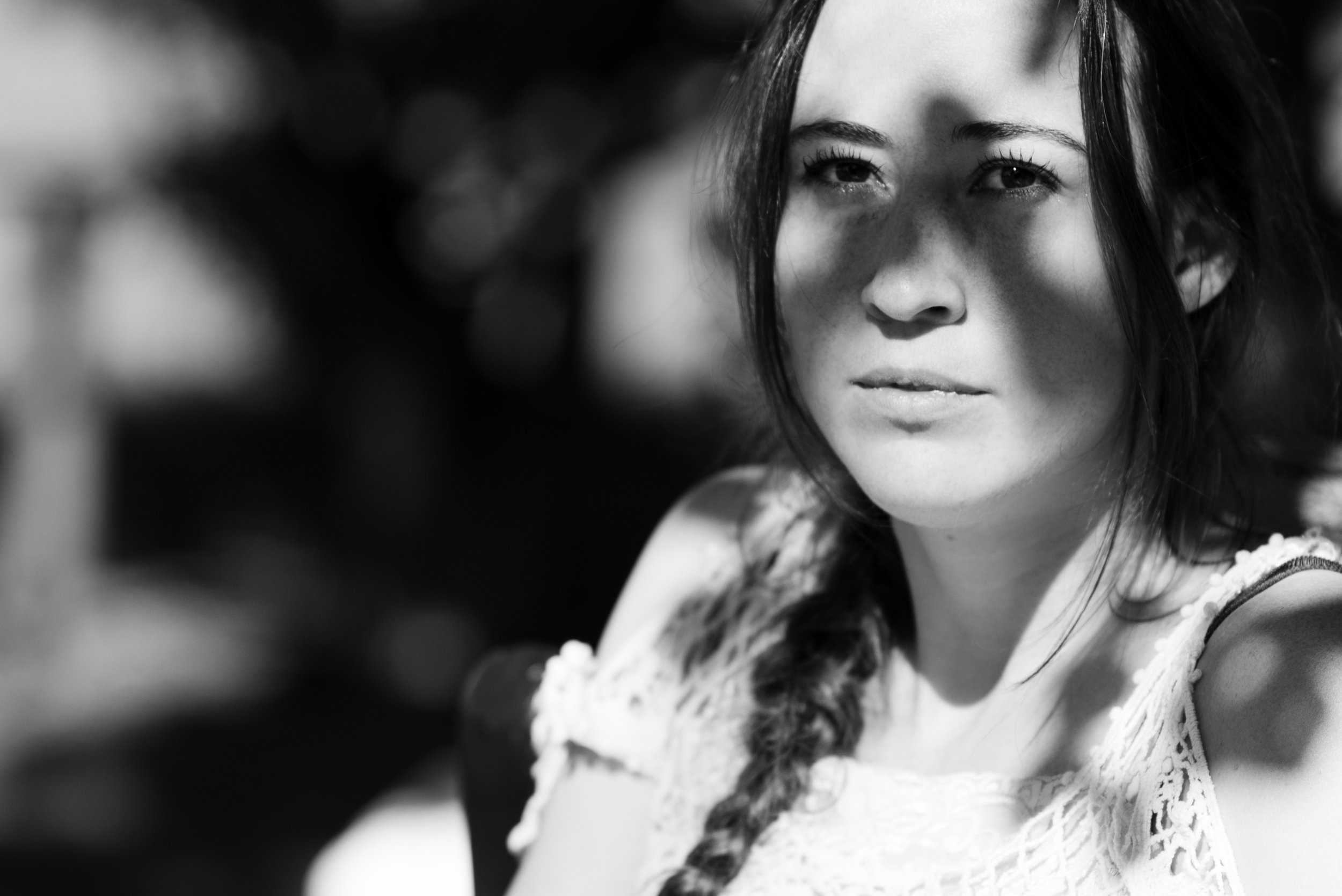 At age 26, Amanda Seubert decided to sell her house in Denver and move in with her parents near Carbondale so she could dedicate her time and resources to improving her health. In the years she spent focusing on school and beginning her life as an adult her scoliosis had worsened. She now suffered chronic back pain and a general sense of physical unease and it was beginning to affect her daily life. 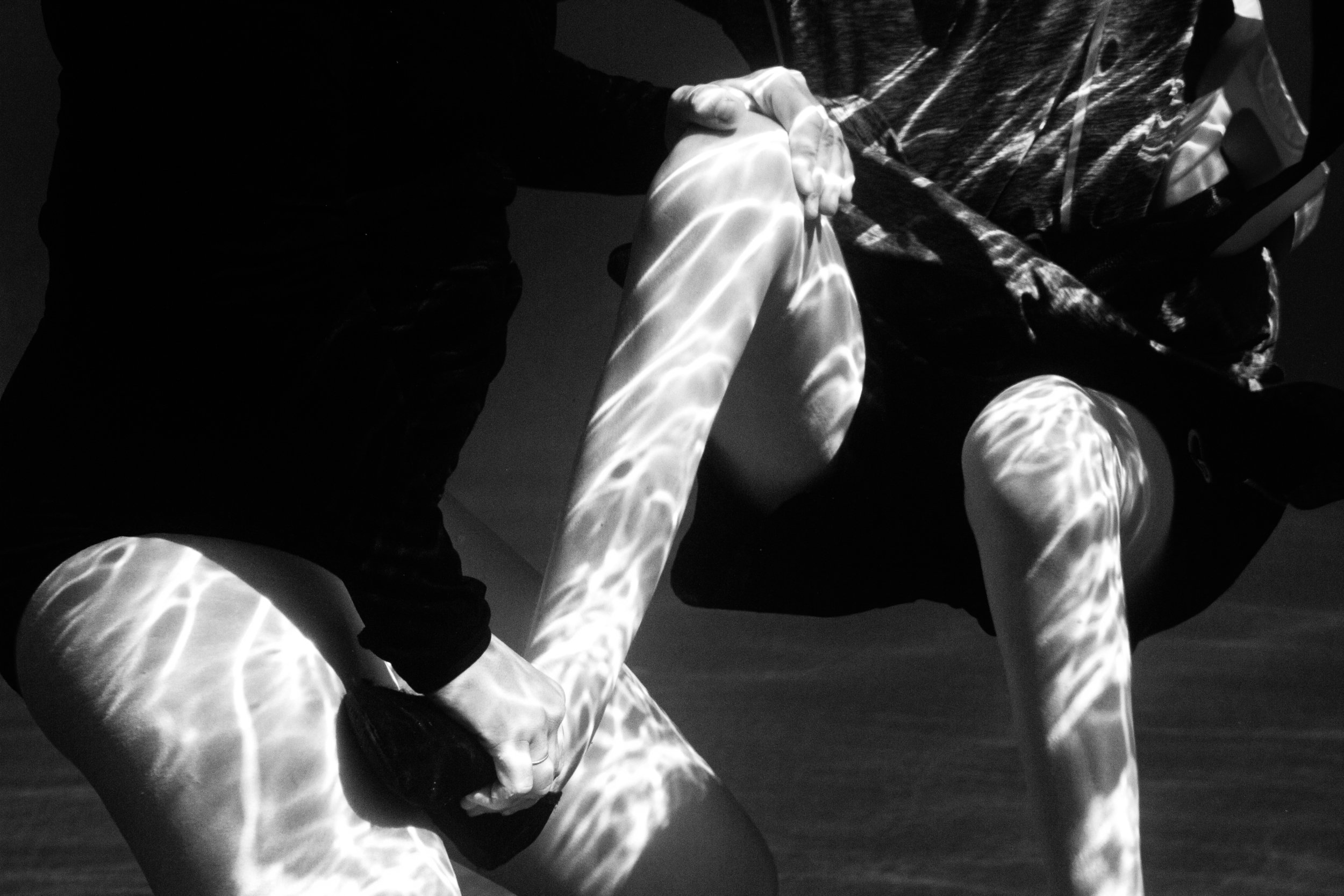 Attending therapy sessions is like a full-time job for Seubert. In addition to traditional physical therapy she does hydro therapy, massage and chiropractic therapies, traction therapy, meditation, acupuncture and prolo injection therapy. Aside from chiropractic and traditional physical therapy sessions, all of the costs are out of pocket. Amanda hopes to be able to continue her rigorous treatment schedule for as long as she can using the money she made from selling her Denver house. 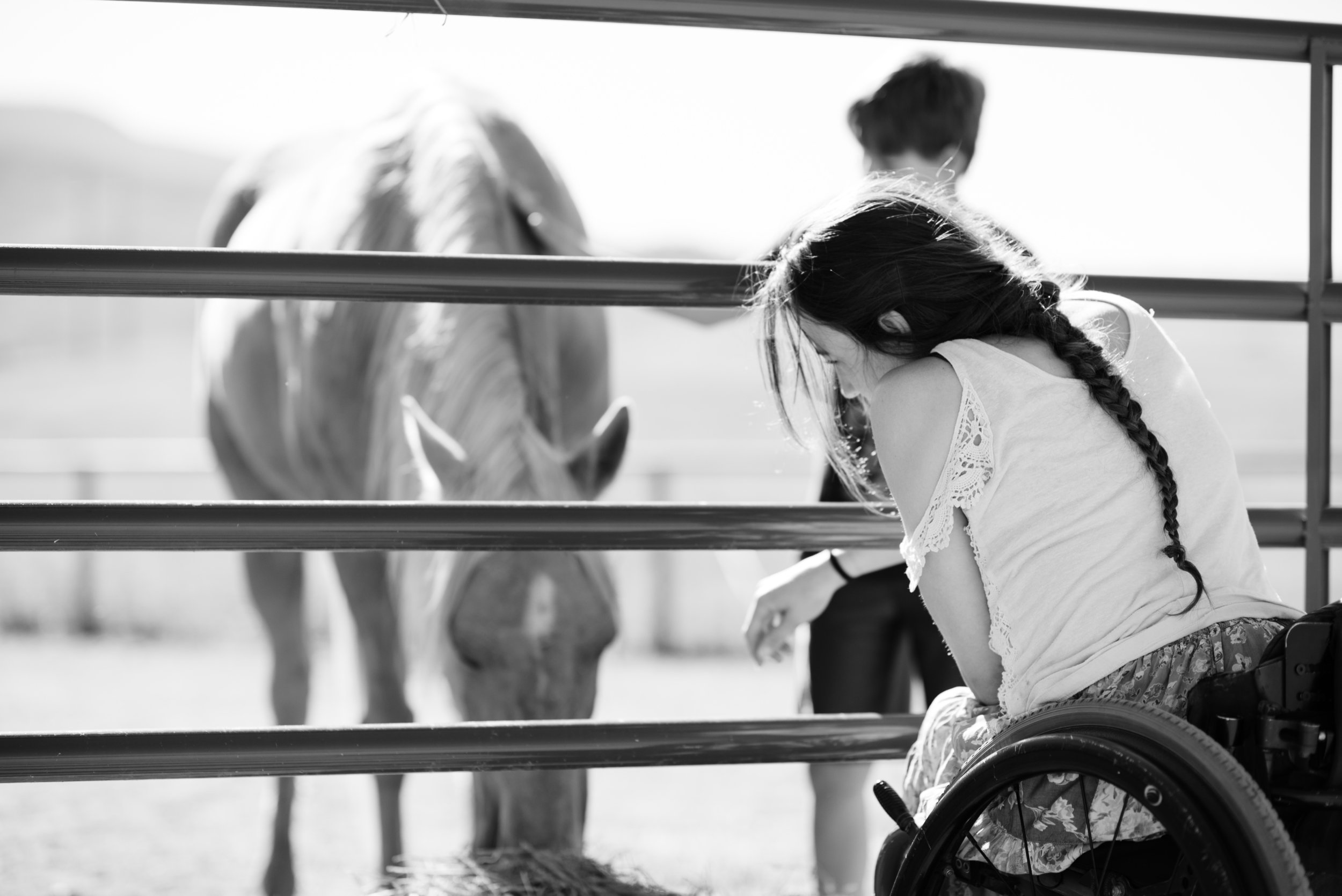 Seubert has seen great physical and emotional gains since beginning treatment early last year. “Emotionally it has helped me having that feeling of accomplishment when I see the changes in my body I can say ‘I did that, I made that happen’ whereas before I always felt helpless to the whims of fate,” she says. 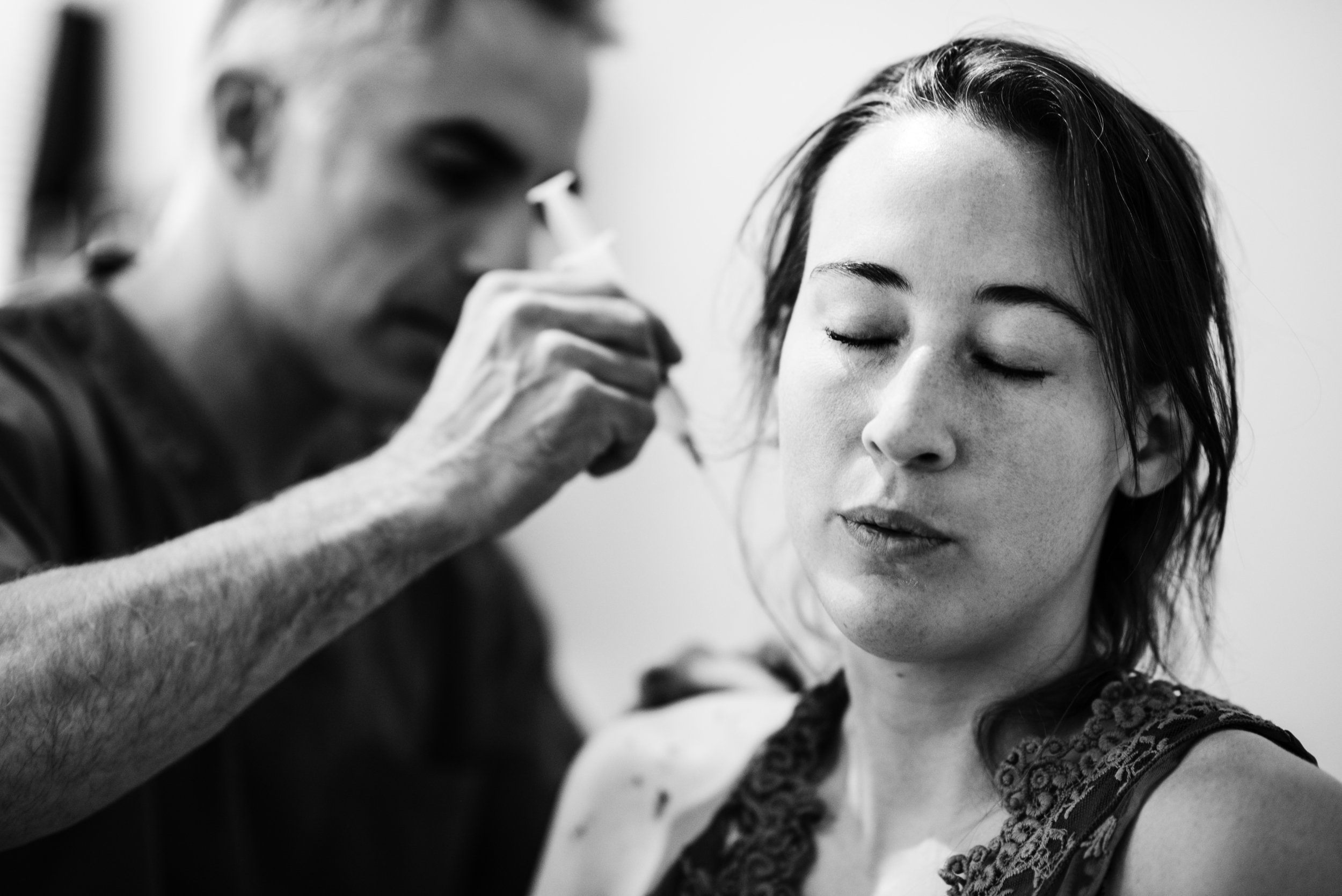 Amanda suffered a spinal cord injury during an ATV accident when she was nine-years-old. “What I think is so important about the combination of therapies is that they build off of each other,” says Seubert. “When I am doing PT on land I might not be able to isolate a certain muscle because it is so weak but when I do hydrotherapy the buoyancy of the water allows me to get much more precise and so I can focus on strengthening that weak muscle.”

Seubert with her nephew Kayden Bertram. “I couldn’t have done this without my family. Having the opportunity to move back in with my parents so I don’t have to pay for room or board has allowed me to invest even more of my time and money on healing. My family is incredible, and their support and love have made me into who I am,” says Seubert. 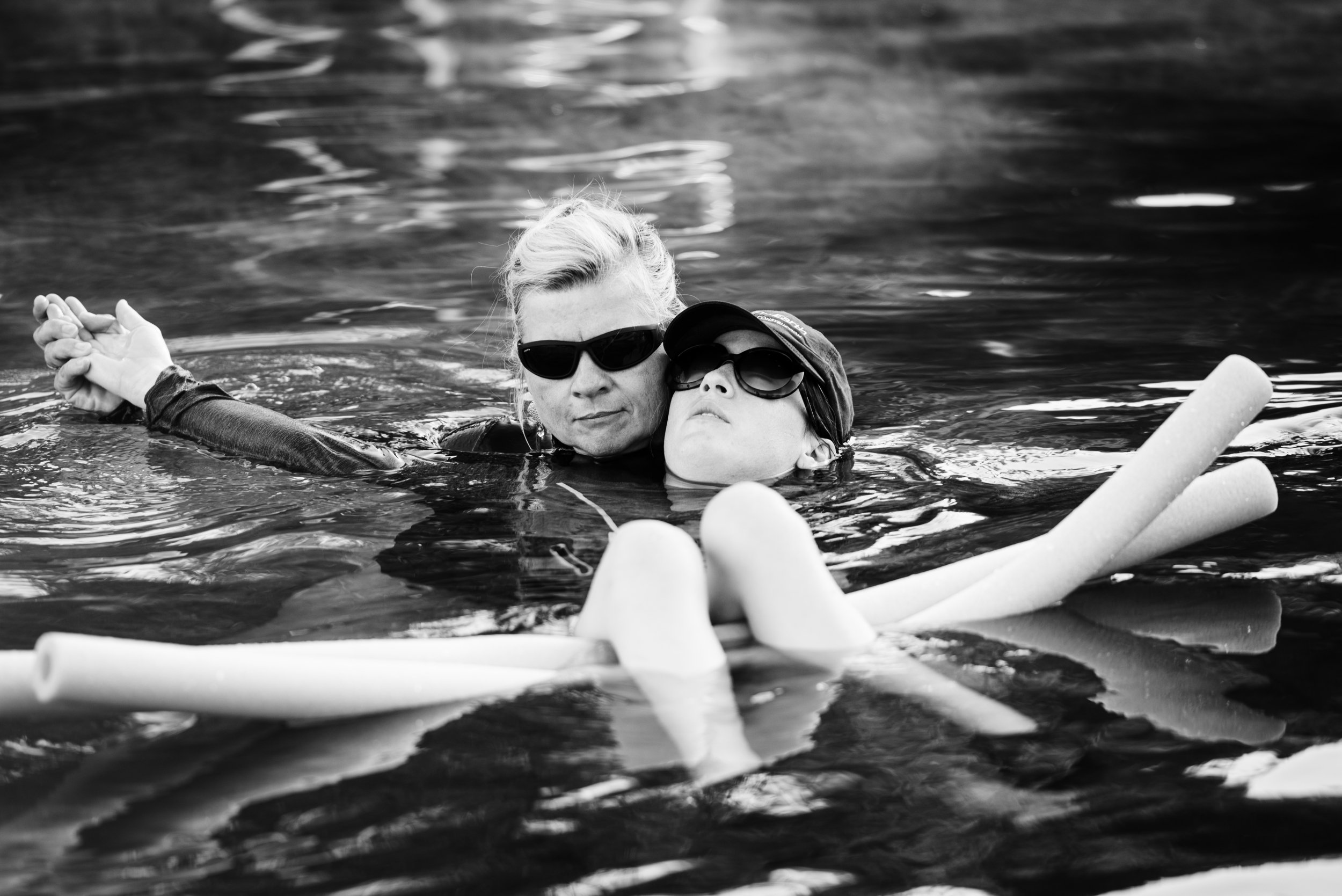 Seubert’s goals include reaching a point where her strength and mobility have improved enough to where she does not need as much therapy to maintain and improve her health. 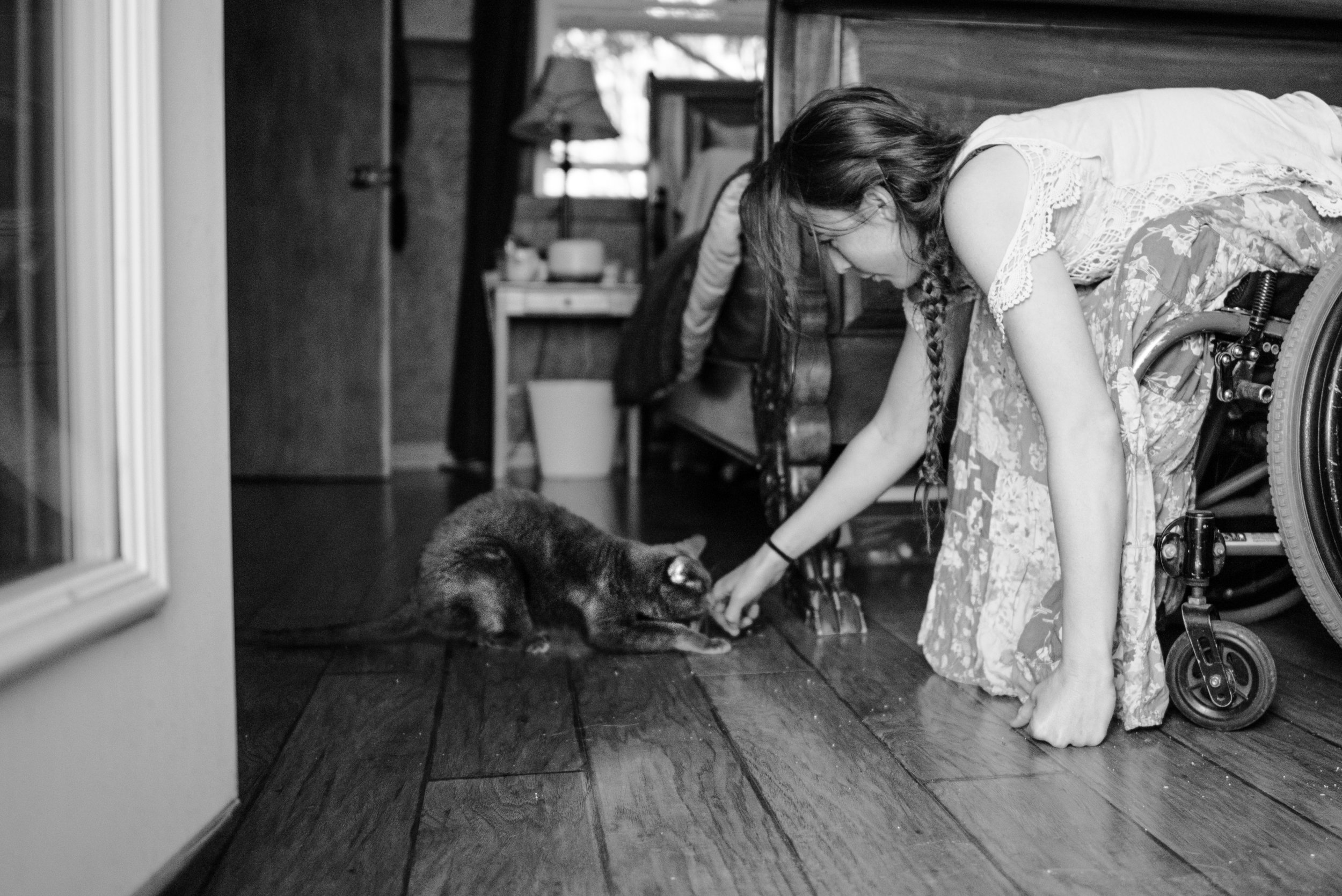 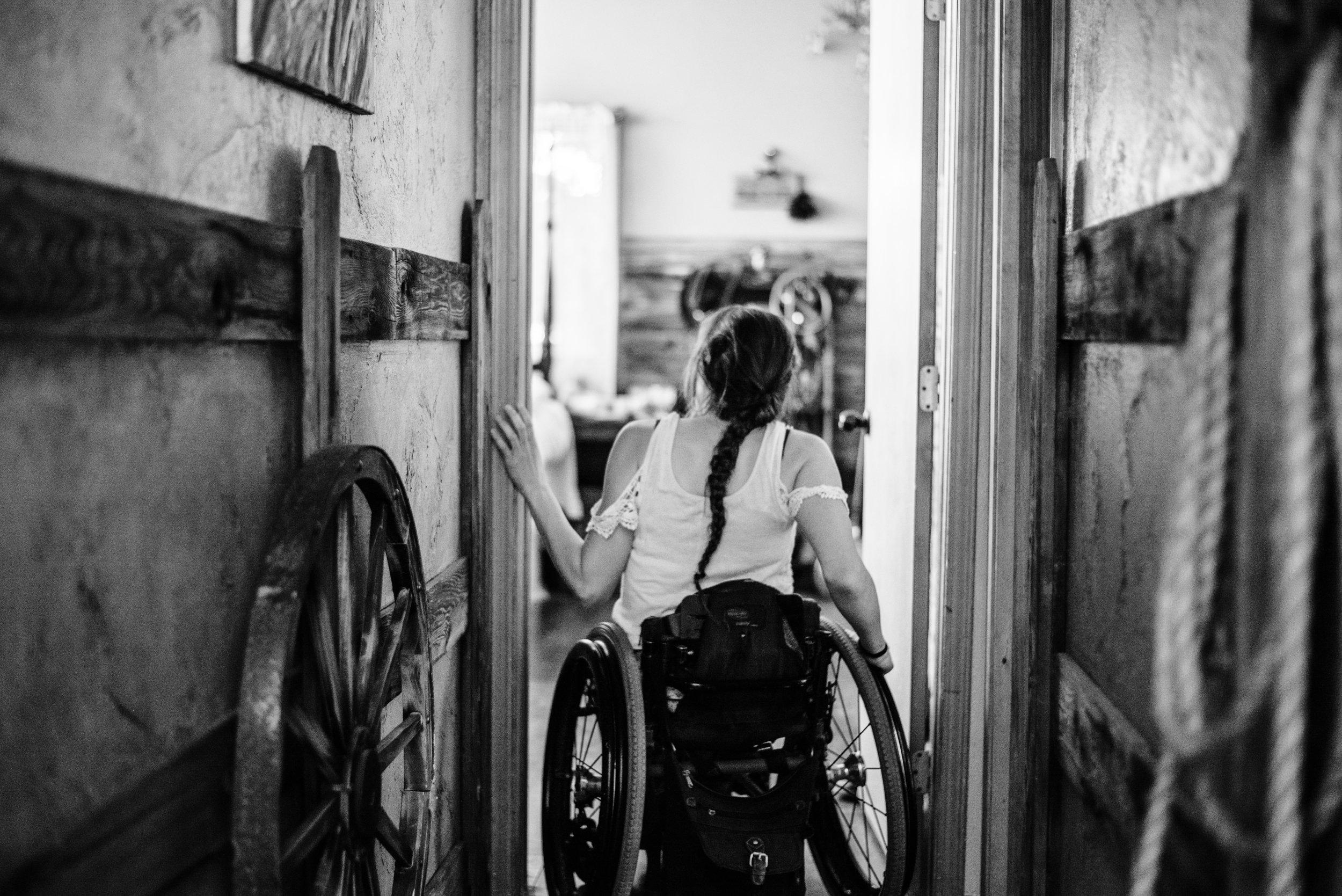 The Roaring Fork Valley, as do other affluent regions of Colorado, has a plethora of resources as diverse as its population.

“It’s kind of a full time job just getting my body back in order,” Seubert said.

While Seubert has insurance through Medicaid, “a lot of these alternative therapies are not covered, but I have a lot of connections in the valley so that has helped a lot, ” mentioned Seubert.

One of these connections is through a long-time friend and mentor, Amanda Boxtel, who happens to be one of the co-founders of Challenge Aspen and the executive director of Bridging Bionics.

Bridging Bionics is a nonprofit which receives all of its funding through donations.

“Every person that comes is either there as a total gift for free or next to nothing. Our clients pay at most $500 a year which is cheaper than most memberships a year,” said Boxtel.

The Bridging Bionics facility contains a variety of machines such as a Galileo Side Alternating Tilt Table for vibration therapy as well as three Bionic Exoskeletons which, according to Boxtel, “ is more than some of the top rehab hospitals in the nation and the world.”

Seubert does not have the strength to work with the Bionic exoskeleton, but through the vibration therapy, physical therapy, and hydration therapies, she has been able to strengthen her body and start building muscles which she has been unable to use for nearly 20 years.

“I would like to get to the point to where I can start walking in the exoskeleton because, that would be freaking sweet. I want to have a little robot body.” she said.

In addition to her work at Bridging Bionics, Seubert works with Dr. Aaron Nickamin, who runs East Meets West in Basalt.  While he offers a variety of holistic treatments, one of the ones which Amanda has benefited from is prolotherapy.

In prolotherapy, according to Dr.Nickamin, “we use a proliferant (defined as “a mildly irritating substance used … to strengthen weakened connective tissues” by the online Medical Dictionary), typically dextrose, to create a healing process.” It is administered through a sterile injection into the attachment of the ligament onto the bone and can cause the regeneration of torn and stretched ligaments and tendons.

Through prolotherapy, Seubert says that her “toes are longer and feet aren’t as swollen and there’s more range of motion; they just more pliable and elastic and they are getting better circulation.”

Dr. Nickamin’s office is unable to accept health insurance, “it’s hard to understand why something that is cost effective and less invasive and has a history is not covered.”

Seubert has done therapies on and off since she was nine years old, and while she and her parents have both had insurance they have had to pay, “a lot of stuff out of pocket, not just medical like modifications like to my truck and the house and stuff, so a couple hundred thousand to half a million easy [in expenses], it might even be more.”

While the valley offers a lot of medical programs and services for free or at a lower cost than other places, the cost of care can still be very high, especially since most of these life-changing medical services are not covered by most health insurances. With time, resources, and willpower, according to Seubert, “there’s not a limit to the healing that a person can achieve if they’re willing to work and put in the time and effort, even in 18 years. You can always get back more than they say, I even have a feeling that what we are missing in healing is that we are just not giving enough time in healing and not seeing what the human body is capable of.”