Locals reflect on time as attorney staffers during Watergate 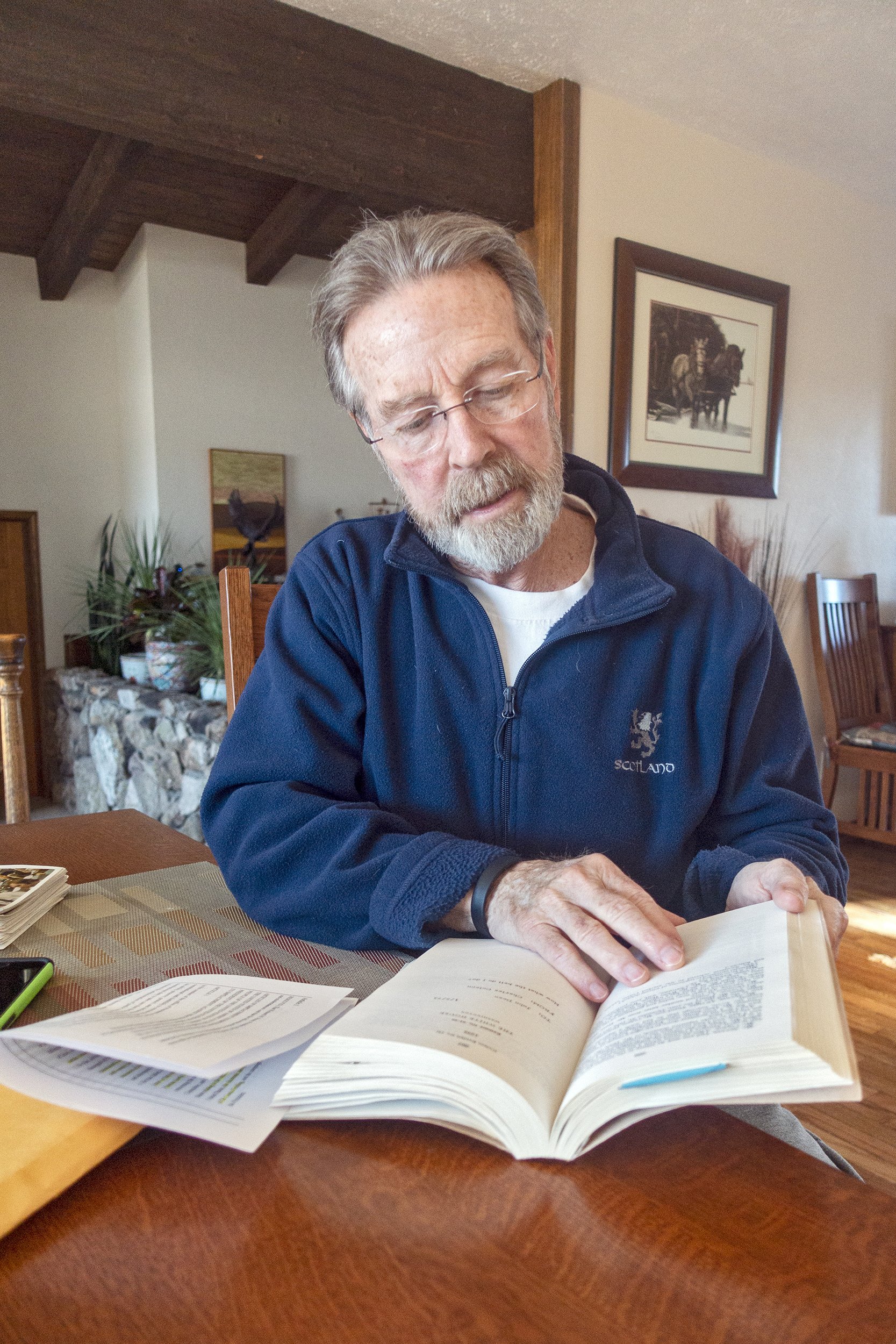 Any reference to the 2019 U.S. House of Representatives impeachment hearings of President Donald J. Trump seems to echo the 1973 and 1974 U.S. Senate and U.S. House of Representatives Watergate hearings. Those investigations probed the attempted burglary of the headquarters of the Democratic National Committee in the Watergate office building in Washington, D.C., during June 1972, the year of Nixon’s re-election efforts.

The investigation into the burglary revealed that high officials in the administration of then President Richard Nixon had ordered the break-in and then tried to cover up their involvement. Additional crimes were also uncovered.

These reflections in particular resounded in the Roaring Fork Valley. Two people now living here were closely involved as attorney staffers in the United States Congress through the sweltering summer of 1974. Lee Dale of Missouri Heights, worked for the United States House of Representatives Watergate Committee, and Barry Schochet of Aspen, was on the Senate side.

One might remember that summer as when the rubix cube was invented, and “streaking” became what many called an epidemic. It was also the time of Jim Croce’s “Time in a Bottle,” and “Annie’s Song” by John Denver. No one even imagined the internet, social media, myriad television and radio options and cell phones — except for the flip versions in the original Star Trek.

So, what do these Valley locals think of what’s going on now? As they each explained, much is the same, but, at the same time, it’s an entirely different world.

Take Schochet. Fresh out of law school, he was an energetic addition to the team led by Sen. Sam Ervin of North Carolina, chair of the Senate Select Committee to Investigate Campaign Practices which was to include Watergate.

Schochet smiled broadly as he recalled his interactions with the North Carolinian who called himself “just a simple country lawyer” with a big, lazy sounding southern drawl. But don’t let first impressions fool you.

“Ervin was the top constitutional expert in Congress and one of the smartest men I have ever met,” said Schochet.

He recalled that the 1973 Senate hearings started about a burglary and moved quickly into the “dirty tricks” Nixon was accused of using.

On the other side of the U.S. Congress, the U.S. House of Representative Judiciary Committee inquiry became impeachment hearings in 1974. That’s where Dale served.

Already a practicing attorney, Dale was plucked out of a Denver law office by committee chair Rep. Peter W. Rodino, Jr. of New Jersey to serve as staff counsel. He recalled being chosen because of his lack of interest in the Watergate hearings that had already taken place in the Senate.

The official transcript of the second session of committee hearings details a squabble between Rodino and committee member Rep. James Mann of South Carolina over whether the committee should bring in additional witnesses, particularly former CIA officer Howard Hunt.

After haggling and voting, Rodino gaveled request denied. But Hunt was eventually called.

Mann stated, “We have built our country on the Constitution,” he said on the first day of debate. “That system has been defended on battlefields and statesmen have ended their careers on behalf of the system and either passed into oblivion or immortality.”

His oratory led to his increasingly prominent role in the hearings. Notably, Mann spoke some of the most quoted lines of the day, “We would strive to strengthen and preserve the presidency,” he said. “But if there be no accountability, another president will feel free to do as he chooses. The next time there may be no watchman in the night.”

Both Schochet and Dale agree that the Congress and the country were much less divided by partisan issue than is the case today. Schochet called today’s divisions “a dark turn.”

In the hearings in the Senate and the House, both Nixon and former President Bill Clinton feared they might face a Senate majority of the opposition party. Trump, if the House votes for impeachment, will be on trial in the Senate with his own party in the majority.

Schochet surmised that GOP legislators are concerned about being primaried if they vote against the president’s interests.

Colson pleaded guilty to obstruction of justice in the Pentagon Papers case and spent seven months in prison. Hunt was convicted of burglary, conspiracy and wiretapping and served 33 months in prison.

The Committee approved three articles of impeachment against Nixon, for obstruction of justice, abuse of power and contempt of the U.S.Congress. However, the full House did not vote on impeachment. Before that could happen, Nixon resigned in August 1974.

Schochet had his own take on the present day impeachment hearings in the House Intelligence Committee, “As before, the Democrats have made a big mistake by not allowing the Republican party to be in the process and not allowed to call witnesses” in the House’ inquiry sessions.

However, in the just concluded committee public hearings, the GOP was allowed to call two witnesses: Kurt Volker, former special envoy to Ukraine, and Tim Morrison, the National Security Council’s former senior director covering Russia and Ukraine. Both testified. Neither of the Republicans wanted to blame the president who appointed them for any misconduct. Both insisted that they didn’t see him do anything illegal, but they also validated testimony from other witnesses

Schochet felt that the current impeachment processes will not strongly influence the public’s overview.

He also surmised most Americans, as much as 80 percent, were not watching the televised hearings. Neither Schochet or Dale has been tuning in the current impeachment inquiry, although they both occasionally view news snippets.

The main question remaining: While the president’s actions may have been wrong, are they impeachable?