Our Town: John Ramo provides the guitars and percussion 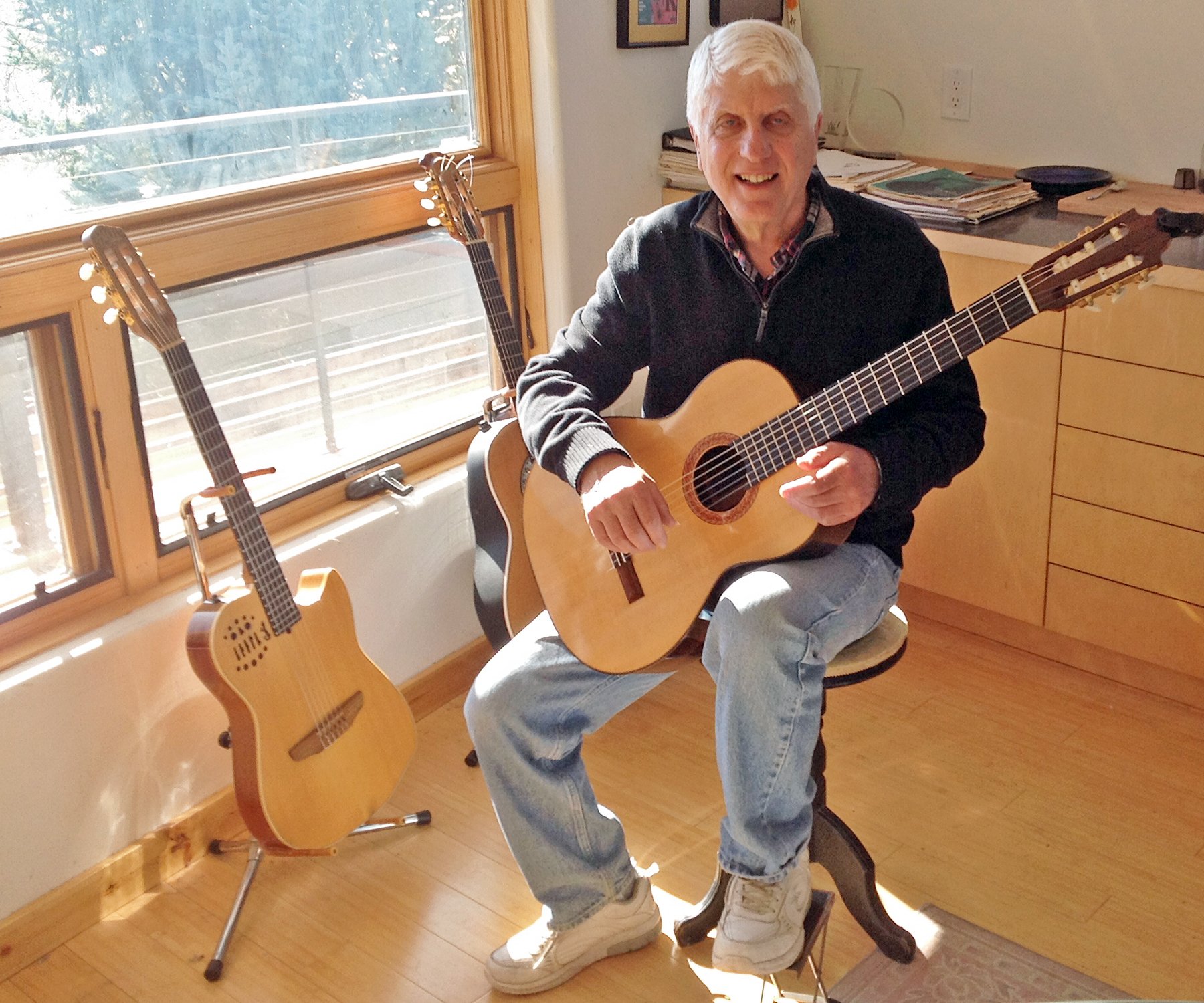 The Sopris Sun is conducting a series of interviews with folks you may not have seen in the paper before – a sort of introduction to your neighbors. This week we caught up with John Ramo, founder of the ensemble Valle Musico.

Q: How long have you lived here, and where did you move from?

A: Twenty-two years. We moved from the Washington, D.C., area. I grew up in New York but spent 20 years or so in Washington. I had a recording studio and software-development business there. We had been coming out for years to the Valley skiing. I was good friends with Jim Horowitz. He started Jazz Aspen, and I was on the first board of directors and helped him get that started. [We] decided, when we were able to sell our company, to move out here full time.

A: I did a graduate degree at American University in educational psychology and special education. But I was studying classical guitar there and also playing music.

Q: You had some renowned guitar teachers, didn’t you?

A: Yes, I studied with Carlos Barbosa-Lima, who was a very famous Brazilian guitarist, and I also studied with José Tomás, who was the top student of Andrés Segovia.

Q: Did you come out here to play music or be semiretired?

A: The way I think about it is that I’ve got a couple of different spheres. One is my business, which is educational software. The other is music, which has sub spheres: Valle Musico, which is our band; and also, I teach classical guitar. I have students from five years old up to 75 years old. I really enjoy playing music, performing, recording and also teaching.

Q: Tell me about your encounter with Paul Simon.

A: In D.C. we had a studio called Sonic Images and used to do recording projects for various record labels. One was an African music label, and some of the artists on that label played with Paul Simon. One of them was [Ghanaian drummer] Okerama Asante, who invited me to a party at Simon’s townhouse in New York. I met Paul, and he brought me into his study and let me listen to some of a demo CD of Graceland. We started talking about music, and he said, “For me, music is really about guitars and percussion, and that’s what I’m trying to do with this project.” I’ll never forget that, because that was my inspiration for starting Valle Musico.

Q: Did you start working on the Valle Musico concept while you were still in D.C.?

A: In D.C. we did a lot of scores for films and videos and television shows. The most notable was the theme music for the McLaughlin Report. We did some performing there, but it was mostly studio work.

Q: How did the band come together?

A: When I moved out here, I really had the inclination to put something together. I met Pat Winger at Steve’s Guitars about four years ago. Pat was living above Steve’s and giving guitar lessons there. We just hit it off, and then we met Bruce Imig, the bass player, who’s been in the Valley forever and knows every musician here. We’ve been working with various percussionists and drummers and now have a great jazz drummer, Larry Dutmer. We like to bring in other musicians, too. We now have a sax player and a singer who perform with us as guest artists.

Q: You have a new CD coming out soon, right?

A: Yes. Right now, it’s available on our website [www.vallemusico.com] for download, and the actual CD will be released Dec. 6.

Q: You also have business here.

A: Yes, I have a learning-technology company called Boulder Learning that focuses on children’s speech recognition technologies. We have developed some of the first speech-recognition reading-assessment software programs. A kid can read into the computer a passage, and it will analyze his reading level and tell the teacher if the kid is at risk for reading failure. We have a partnership with a company in Dallas, and [the software] will be released in the first quarter of 2020.