The view from the roundabout reenvisioned 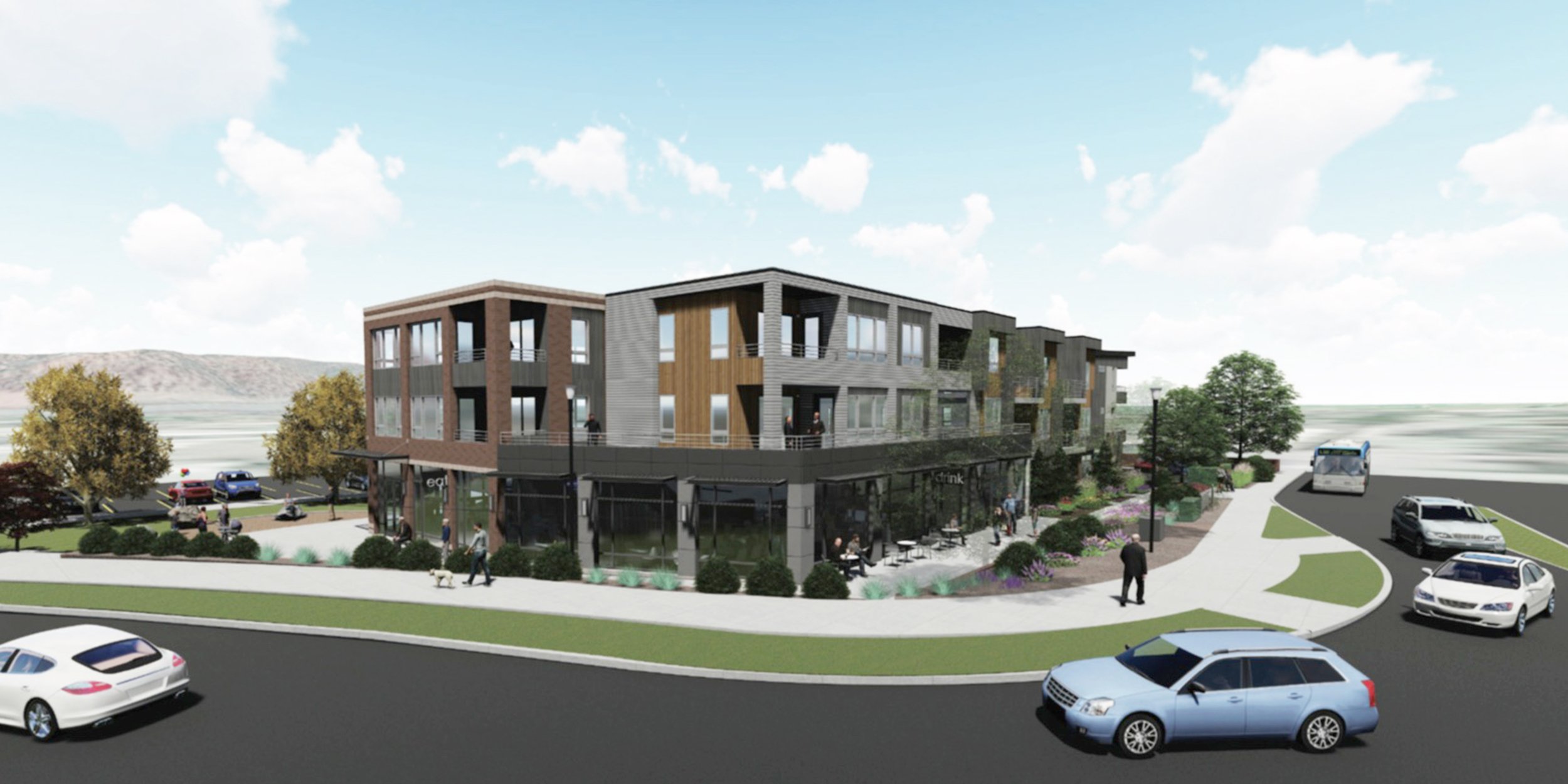 The last undeveloped lot at the intersection of Main Street and Highway 133 is under new ownership with a new development in mind.

On Dec. 10, Carbondale Trustees approved Sopris Lofts, LLC’s major site plan for a building with 27 residential rentals, some ground-level commercial and a public plaza, playground and trail connections. The unanimous decision followed staff suggestions and the recommendation of the Planning Commission.

The development, she said, was in compliance with code in almost every respect.

And the exceptions — a higher density of trees and counting the plaza toward a 10-foot landscape buffer given the maximum 10-foot setback — had more to do with issues in the code than the application, making alternative compliance a slam dunk. An easement would also be granted to keep the current bus stop, which in turn reduced parking requirements.

Jake Boyles of Crystal River Spas expressed some concerns on that front, although he was in favor of the development as a whole.

“There are a whole lot of other things that are parked along Colorado Avenue,” he noted. “Everybody lives here because they like to do things that require toys.”

In Marty Silverstein’s estimation, that issue was outside the developer’s scope.

“Whatever is developed here, those people are going to be displaced from their parking and that’s going to put a strain on the neighborhood,” he “This is an ideal development for a couple to get buy with one car or even with no car.”

The remainder of the public comment was also positive. Said Amy Kimberly, “This is the kind of growth that we want to see here. It’s thoughtful; they’ve really talked with people in the community and done the work.”

• Recognized Sandy Joyner for 15 years as a Town employee.

• Heard a complaint from Michael Adams regarding the municipal hauler fees for those who don’t use the service — an issue that will be revisited in January.

• Inked a letter to CDOT with safety concerns on the Village Road / Highway 133 intersection.

• Placed the entirety of town within a single precinct for municipal elections.