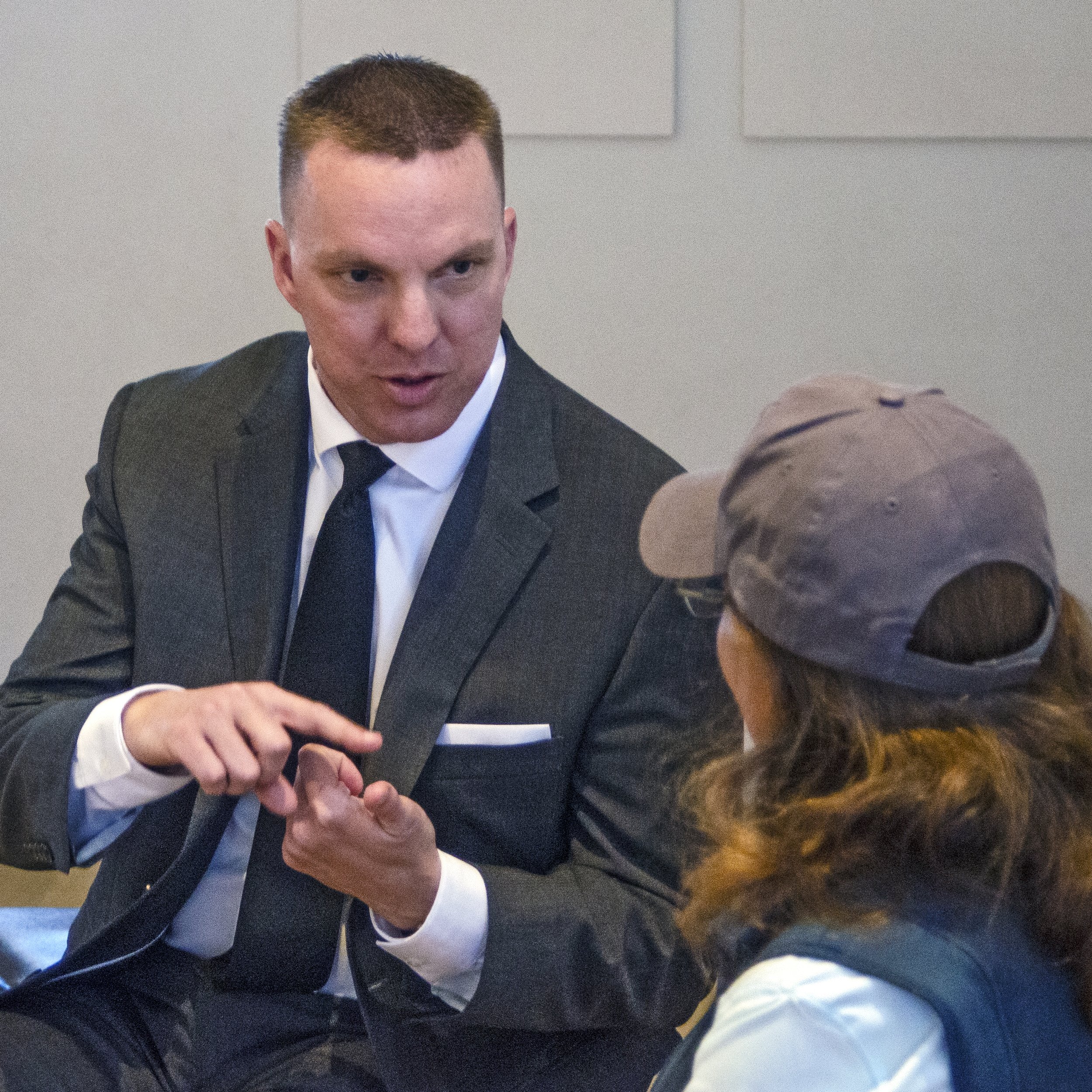 Rifle Police Sgt. Kirk Wilson is Town Manager Jay Harrington’s pick to lead the Carbondale Police Department into the future. The final decision as to whether he’s a suitable successor to longtime Chief Gene Schilling will come before the board of trustees on April 28.

While he isn’t going to celebrate until then, Wilson seemed relieved not to have to keep the conditional job offer under wraps anymore.

“I’m incredibly excited and terrified all at the same time,” he said. “It’s a tremendous amount of responsibility, and I just hope that I’m up to the task.”

He’ll have a chance to ease his way into the role, overlapping with Lt. Chris Wursmith before his summer departure and Chief Schilling until his September retirement — at which time Wilson will have a chance to choose his own second in command.

“I have a tremendous amount of time to listen to them and learn from them,” he said.

The selection process — which included both public and private vetting just before social distancing measures took effect — has also been enlightening.

“I learned a lot about myself and areas of my professional career I need to work on,” he said.

“I’m just so honored to have been selected for this. That was some stiff competition.”

Wilson’s own background in law enforcement stretches back to his childhood in Phoenix, Arizona. His aspirations of a military career were dashed by a type-one diabetes diagnosis, but he still wanted a way to serve.

“I worked at a pool in a rough part of town, and we had constant contact with law enforcement, and I was just in awe,” he recalled.

After graduating from Arizona State University, he briefly worked for the Department of Corrections, but found it wasn’t for him. When his parents moved to Grand Junction, he enrolled in the Delta/Montrose Police Academy and applied for positions around the Western Slope. He received a job offer and Rifle, where he has stayed for the last 17 years in capacities ranging from K-9 officer to community policing specialist to all-hazards response team medic.

“It’s a dangerous job, an incredibly stressful job, but also such a rewarding career,” he said.

His confidence was shaken in February 2016, when his brother-in-law, Derek Gear, was killed in the line of duty in Mesa County. But instead of cashing out, he built on his then-role as head of the field training program and pursued a Masters in Public Administration. He graduated at the end of last year, just as the search for a new Carbondale chief was ramping up.

As Wilson’s chief pointed out, the job description seemed like a great fit.

“The more I read it, the more I felt like I could do that. I’m gonna do that,” he said.

There are some bittersweet aspects to the move. It’s a tough time to try to get to know a new community or buy a house — to say nothing of the connections he and his family will be leaving behind.

“I certainly have roots here in Rifle, but it’s not far away and it provides a lot of new opportunities to share the things that I’ve learned,” he noted. “When you’re placed in a position of authority, you can use it to benefit you or use it to benefit the department and the community. I’ve chosen to follow a servant leadership style.”

Assuming trustees give him their blessing, Wilson will begin transitioning into his new role on June 1.

“I am excited about Kirk’s acceptance of my offer, we had four very strong candidates and Kirk excelled during the process,” Harrington said. The future of the Carbondale Police Department is bright with strong leadership, talented officers and staff.”