To not travel or not — there is no question 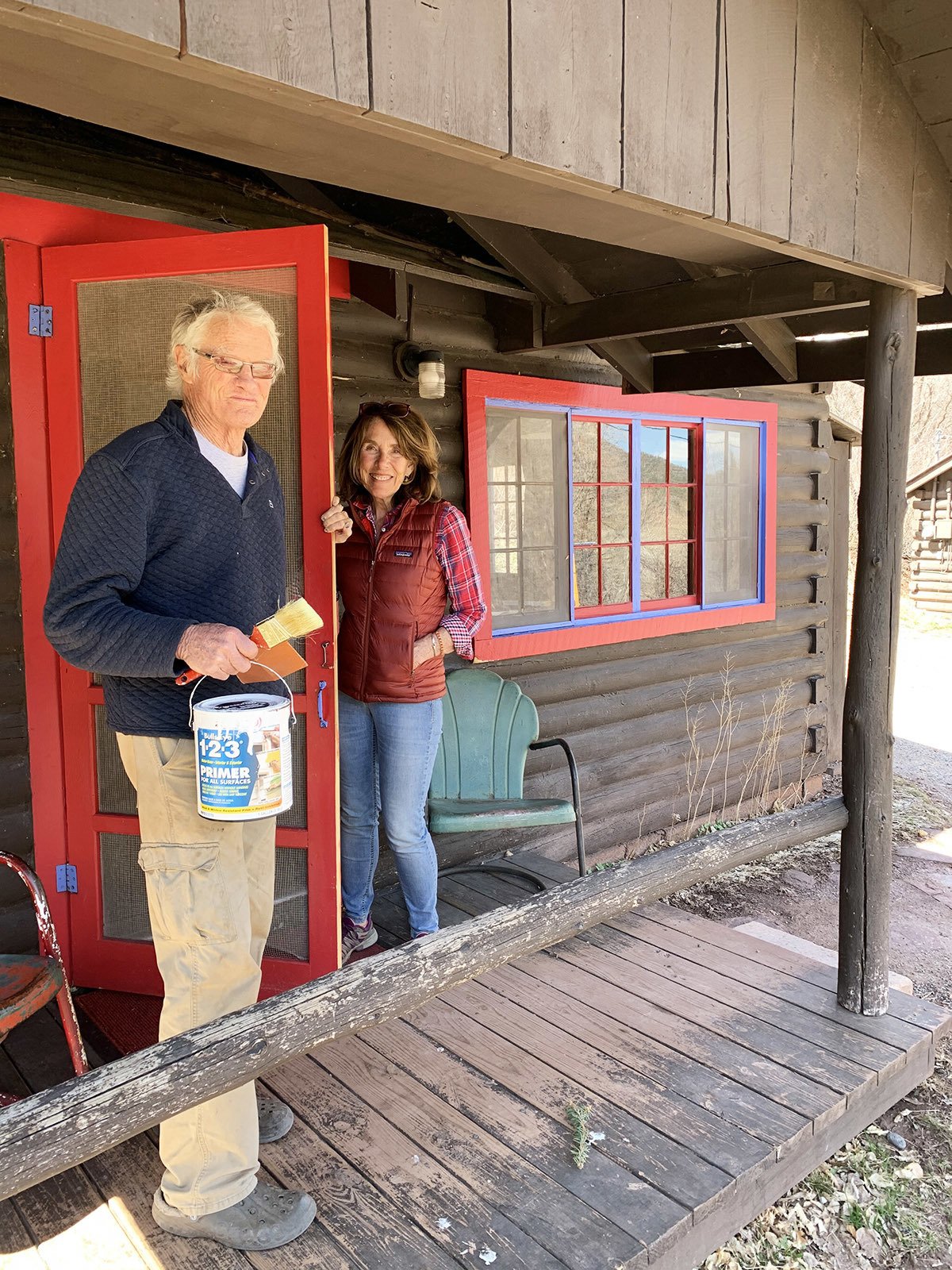 As we settle into this next phase people find themselves questioning what it is they can and can not do. After all, much of what we normally do is limited.

The uncertainty is jumbled between different jurisdictions which have varying measures to counter the spread of COVID 19. For instance, masks are recommended statewide but have been deemed mandatory in many municipalities — with Carbondale considering its own ordinance next week.

My family, for one, loves to go camping in the desert every spring. This year, instead of cramming into a single pickup and heading to Utah, we’re forced to have socially distanced family meetings near home and are coming around to virtual gatherings. That said we are still holding out hope that circumstances will permit a family vacation later this summer. Whether our optimism will come to fruition remains to be seen.

What safer at home means for travel and lodging

Colorado’s current ‘Safer at Home’ law expires May 27. Until then, the law requires that Coloradans not travel more than 10 miles for recreation. If someone is traveling further than that distance, the travel must be deemed essential. Governor Jared Polis has acknowledged there may be some leeway in areas of the state where people have to travel farther for socially distanced activities.

Under ‘Safer at Home’ each county in Colorado is either under the same restrictions as the state, has stricter restrictions or has applied for a variance to the restrictions demanded by the state. According to the state website only two counties, Mesa and Eagle, have been granted a variance by Governor Jared Polis.

Municipalities also have the authority to institute stricter guidelines than that of the state or county government.

At this point, Garfield County has not been approved for a variance. That said, as of May 11 — according to Garfield County Public Health Specialist Carrie Godes, the “Board of Commissioners focused its attention this morning on consideration of requesting a countywide variance from the governor and is still working out details on what this will entail.” It was not yet clear if the potential variance would include specifics regarding travel and overnight lodging.

The state law says that short-term vacation rentals (less than 30 day stays) are not permitted for non-essential purposes. Interestingly, many lodging facilities are exempt from closing and are considered critical businesses. Among other exceptions, this is partly due to the fact that people often live in hotels for longer than 30 days. The loophole has kept many resorts in operation with minimal oversight from local authorities.

While it’s not realistic to effectively patrol all overnight resorts for compliance, Godes states, “We are calling upon everyone to do their part and are asking lodging businesses to voluntarily comply with Public Health orders.” She continues, “Colorado law requires compliance; therefore, not following these orders is breaking the law.”

Complaints submitted to the county regarding violations will be addressed by the health department and/or law enforcement. Penalties for violating the state order within Garfield County could result in a fine up to $5000 and/or up to 18 months in the county jail.

Pitkin County had been erring on the side of caution by extending its reopening, but recently has agreed to let most businesses reopen, within guidelines, in unison with the state. According to  Pitkin County’s “Roadmap to Reopening” tourists will likely be permitted to visit by May 27 and vacation rentals will be able to operate under a “guidance to be determined.”

Jim and Sharill Hawkins own Four Mile Creek Bed and Breakfast  just outside Glenwood Springs. They opened 23 years ago and according to Hawkins, “have done a steady business ever since.”

With state mandates, business came to an abrupt halt in mid March. “Close to two months now we’ve had zero business,” Jim says, “from the fact that all of our reservations canceled but we wouldn’t have been taking reservations anyway because we were completely on board with people sheltering in place.”

When the B&B does reopen, there will be some changes to the routine they’ve become accustomed to after nearly a quarter of a century in business. Typically they serve a hot breakfast to guests in a comfortable and friendly communal dining area. At least at first they will not offer these sit down meals but rather provide a continental breakfast for guests in their private quarters.

The Hawkins clan has had some communication with Garfield County Public Health (GCPH). They received an email from a GCPH official along with attachments which originated from OSHA (regarding best practices to keep employees safe), the CDC and the Colorado Department of Public Health and Environment.  The latter two documents each pertained  to proper cleaning and disinfecting of facilities.

“Neither my wife nor I have any intention of doing anything that subjects us to health risks,” Jim says. He and his wife both consider themselves to be at higher risk and respect the current restrictions.

When it comes to people coming from far far away he says, “we’ve had people from over 70 different countries over the years… we just have to hope that they’ve stayed safe and while they’re here limit contact, clean really well and do the things that should keep us safe as well.”

Play outside, they say, but do it safely and do it locally. In this valley residents are lucky enough to live within 10 miles of hiking trails, river put-ins and what-have-yous. Locals still get to have an eventful summer, but for now just shouldn’t go too far.

The Town of Carbondale’s (TOC) Parks and Recreation Department Director Eric Brendlinger brings us up to speed about the appropriate uses of park spaces within town. Brendlinger states that under the current Colorado order, “all playgrounds, basketball courts, picnic areas, the skate park, baseball and soccer fields and other similar public areas conducive to public gathering are closed.”

TOC’s walking trails and dog parks are still open to the public and users are expected to respect social distancing guidelines.

The Town has recently reopened its tennis/pickleball courts and the North Face bike park. Brendlinger admonishes the public that, “We will be forced to close these public recreation amenities if social distancing and the 10 person group size limits are not being followed.”

Colorado Parks and Wildlife (CPW) closed its statewide campgrounds on  March 26. As of May 12 CPW will begin to reopen campgrounds across the state in phases. Rifle Falls State Park campground was one of the first in line to reopen on May 12. Visitor centers and indoor facilities remain closed.

While officials do encourage people to be active and use hiking trails, they implore all recreationalist to be extra cautious. White River Forest Service officials are currently investigating an incident involving four individuals who base jumped from cliffs above Hanging Lake — one of whom was hospitalized. Hanging Lake trail is not yet open.

The Forest Service has also reported that several chains preventing access to Forest Service roads have been cut to gain access and unattended fires have been spotted in jurisdictions with fire bans. White River National Forest Supervisor Scott Fitzwilliams had this to say, “We never want to see people breaking rules and engaging in high-risk behavior, but it’s especially worrisome given the current situation. We don’t want to pull emergency officials away from focusing on the pandemic.”

One thing is certain, that the  circumstances are constantly changing; what’s written in this article may have changed slightly, or perhaps drastically, by the time you’ve read it. Stay well, stay safe and stay local — at least for now.