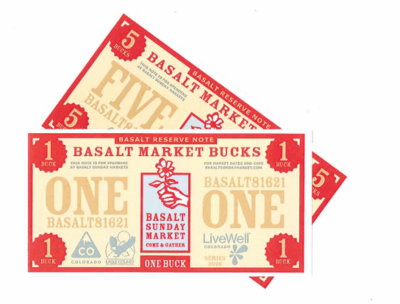 There may be a light at the end of the tunnel for Basalt businesses. By a unanimous vote, Basalt Town Council approved two ordinances designed to boost the financial picture for struggling retail operations.

First, the council amended its Local Disaster Emergency Declaration to permit applications for temporary modifications to expand the premises of restaurants with liquor licenses. They must comply with social distancing and applicable public health orders. Modifications may include outdoor dining areas.

Property owners must submit diagrams of existing premises and also proposed modifications. Councilman Bill Infante said masks are required for employees and patrons, with the Town’s mask-wearing requirements extended to June 23. In closed kitchen situations, staff may not have to wear them.

He added that care must be taken to protect patrons next to a roadway and may require barriers or staff to be stationed in those outside areas to control alcohol use. Additionally, restaurants need to make sure their business insurance will cover the expanded area.

The council then tackled the Basalt Bucks Stimulus Program. As previously used, it initially let people purchase a $5 coupon and treat it as cash to be used at participating merchants. Newer versions were later approved at higher amounts. Mayor Bill Kane explained that Basalt Bucks used to be $75 to buy one, each with a $100 face value. Businesses would then have to bring the vouchers and receipts to Town Hall for reimbursement.

However, Town Manager Ryan Mahoney presented an alternate approach which called for $20 coupons being mailed to all 2400 Basalt households.

“The key difference is the initial proposal was designed to specifically benefit businesses,” he said. “The plan staff recommended is a direct transfer of money to residents.”

With this new plan, Mahoney noted, the Town will know exactly how the money is spent. The proposal, he noted, would cost $43,000 and would probably see 75 percent participation. Council Member Ryan Slack felt that the new plan would be simpler to process and could be implemented just this summer.

Infante stated, “We want to put as much money as possible in a program to stimulate the economy.”

Some members were concerned the $100 voucher would primarily benefit higher end establishments and penalize those at the lower end.

Mahoney said,” This program is not meant to be social welfare but to encourage people to shop.”

Council Member David Knight urged the Town to consider a hybrid of both with a higher amount of $40 being distributed. He stressed, “Time is of the essence.”

Council Member Gary Tennenbaum agreed saying, we need to get something going sooner rather than later, and this is a good first step.”

The $20 coupon Basalt Bucks Ordinance was approved unanimously and will be implemented with a printed timeframe for use. According to Town Clerk Pam Schilling, the distribution will begin as soon as possible.