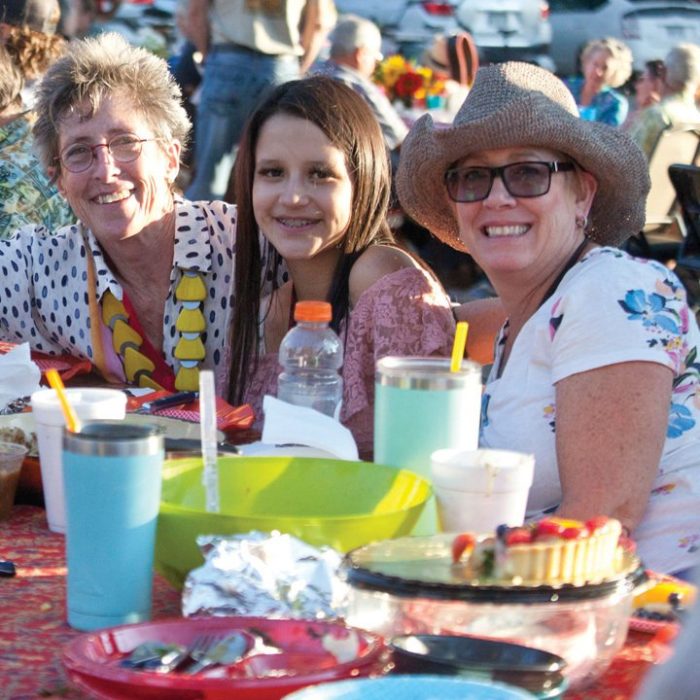 A block of Main Street will be subject to one-way traffic and weekly full closures after Carbondale trustees empowered staff to hammer out a specific plan for dining deeper in the right of way.

The idea is to use the margins of Main for extra seating in restaurants struggling with requirements to reduce density by 50 percent — and, as Lari Goode of Phat Thai pointed out, take advantage of the fresh air.

“One of the main goals of having people eat outside is that it’s safer,” she noted.

Goode also urged the Town to be as inclusive as possible — giving consideration to retail establishments and restaurants outside of downtown, as well. And the unanimously-approved memorandum does include provisions allowing businesses to convert parking into premises — though for liquor law purposes, it has to be directly adjacent to the storefront.

An actual street closure, however, had a number of logistical challenges, with an array of competing visions and examples to consider.

The Carbondale Chamber and Creative District recently completed a survey on the subject, but at least in Trustee Erica Sparhawk’s assessment, it wasn’t conclusive.

“Reading the survey, it doesn’t seem like it was a no-brainer for all the businesses,” she said.

“If we were ever going to try it, this could be worth it,” she said. “I think we could create a really amazing space… So many communities are doing this.”

Crested Butte struck Trustee Heather Henry as an obvious model, with a cohesive look and minimal set up and take down. That seemed to support a full closure — with emergency vehicle access, open cross streets and perhaps alley access for takeout or a designated pick up point at the Fourth Street Plaza.

But a straw poll conducted by Mayor Dan Richardson saw little consensus on the issue of a total closure or one lane option — though there did seem to be general support for starting with just the 300 block.

It was Ben Bohmfalk who proposed a compromise: one-way traffic around the clock, with full closures from 5 to 10 p.m. Friday and Saturday to ease pedestrian access.

In response to Chamber Director Andrea Stewart’s inquiry as to which direction the one-way would be, Town Manger Jay Harrington explained that they’d want to encourage a right turn onto Colorado Avenue, the main bypass. That likely means an east-to-west one-way on Colorado and west-to-east traffic on that section of Main.

The closure established, the question became the extent of the Town’s responsibility. Trustees committed to providing handicap accessibility and approved $20,000 for barricades, with the intent of providing some to businesses seeking to expand into parking spaces. But they stopped short of buying furniture, hoping instead that restaurants might collaborate to create a cohesive look.

An exact date for the closure is still up in the air, pending a more focused survey and final details. And there’s always the possibility that the closure will expand in time or space. But, Stewart said, “I feel like this would be a good first step.”