Weather and microclimates in the Roaring Fork Valley 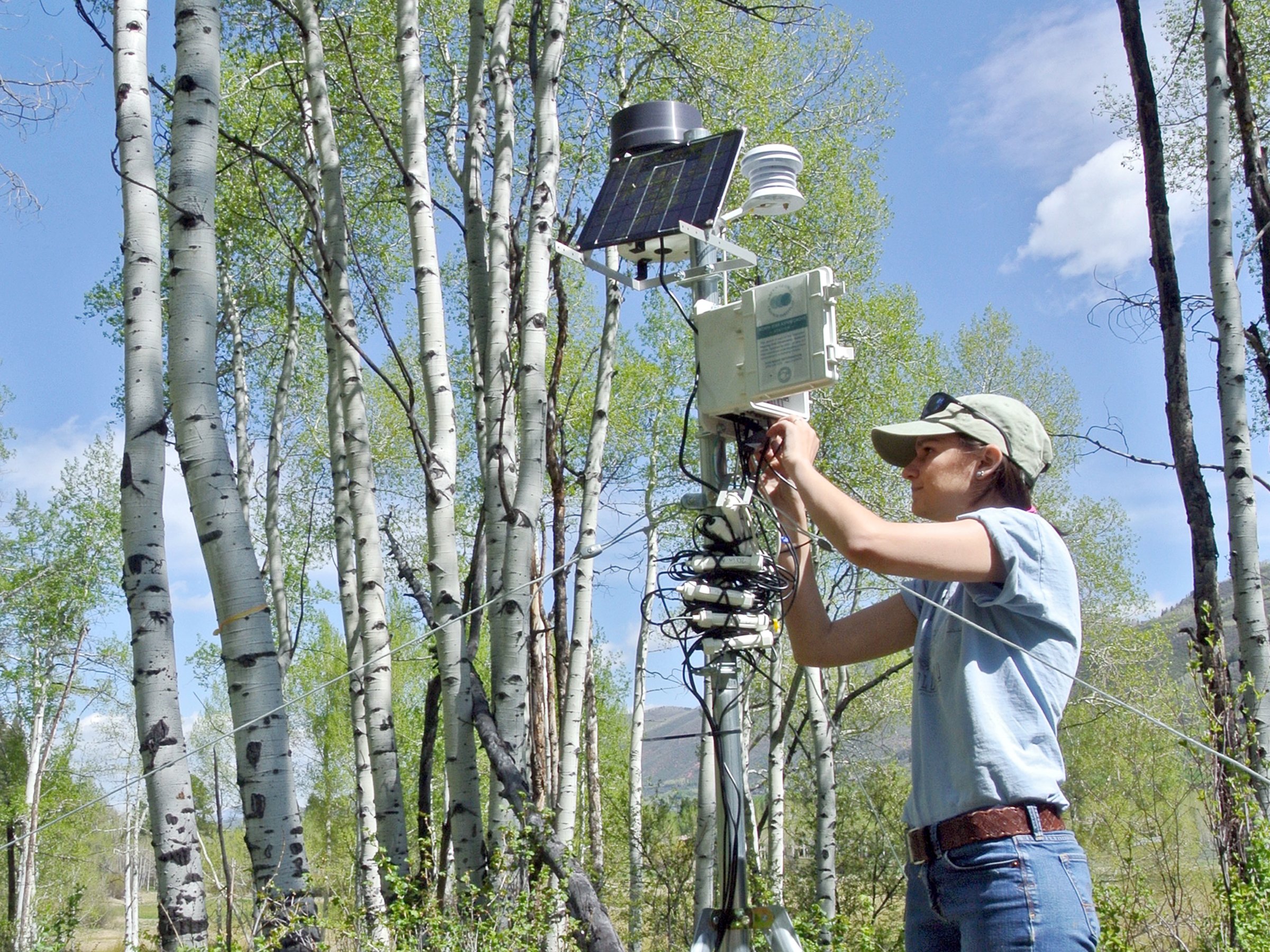 Coloradans often say, “If you don’t like the weather, just wait.” But, there’s much more to the weather here than just time.

Home to several microclimates, the valley’s weather is like a roller coaster on steroids.

Up in Missouri Heights, north of Carbondale at elevations of 7000 to 9000 feet, many residents have vistas that put on a captivating display of weather systems from Independence Pass to Vail.

But when you drive eight minutes down to El Jebel and Highway 82, the weather can be completely different. Thank you, microclimate.

So, what are microclimates?
Microclimates are localized climates found within a larger one. They occur because of local differences in topography, landscape and existing vegetation that control temperature, wind patterns, humidity and available water.
A chat with Jeff Colton, Warning Coordination Meteorologist, National Weather Service,

Weather Forecast Office in Grand Junction, revealed weather’s complexity. He described how westerly winds bring more rain and snow into the narrow Roaring Fork Valley, and how winds funnel precipitation through the canyons.

The National Oceanic and Atmospheric Administration (NOAA) is dedicated to understanding issues such as the causes and consequences of climate change, the physical dynamics of high-impact weather events and the dynamics of complex ecosystems and biodiversity.
The career meteorologist noted that, “Climate change has affected patterns; We’re now seeing longer growing seasons with less water available.”

As NOAA reported, April 2020 marked the 44th consecutive April and the 424th consecutive month with temperatures, at least nominally, above the 20th-century average.

AspenWeather.net’s Ryan Boudreau provided more details, “The way the wind blows creates different weather patterns.” “For example,” he explained, “Storms coming up from the southwest are not great snow producers. The west wind is the best wind.”
Plus, he said, “We’re seeing a new El Nino weather pattern starting in the Pacific Ocean, when unusual winds cause warm surface water from the equator to move east, It can result in more precipitation than usual in the United States. That suggests the valley’s snowiest winters may be ahead.”
Bourdeau and business partner Cory Gates agreed, “Aspen is a small niche micro climate that is difficult to forecast on an easy day.”

The Colorado State University Climate Center of Western Colorado reported winter weather is colder but calmer and less variable than east of the mountains. Precipitation west of the Continental Divide is more evenly distributed throughout the year than in the eastern plains.

The main feature of the mountainous areas of central and western Colorado is the dramatic  difference in climate over short distances.

With elevations ranging from below 7,000 feet to more than 14,000 feet, all aspects of the climate are affected: temperature, humidity, precipitation and, of course, wind.

Experts say climate change has the capacity to make fires more severe (acres burned) and intense in the West. This is tied to fuels drying out earlier in the year (a longer fire season) and higher temperatures, which just lead to faster drying between rain storms or after snowmelt. The 2018 Lake Christine fire is one example.

AGCI is part of  the Interactive Roaring Fork Observation Network (iRON) project to collect and share data on climate and environmental conditions in the Roaring Fork Valley. In addition to links to data collected by other entities, iRON includes data from AGCI’s own soil and climate monitoring stations. Several are upvalley, plus one is at the Colorado Mountain College Spring Valley campus and another at Glassier Ranch in Basalt.