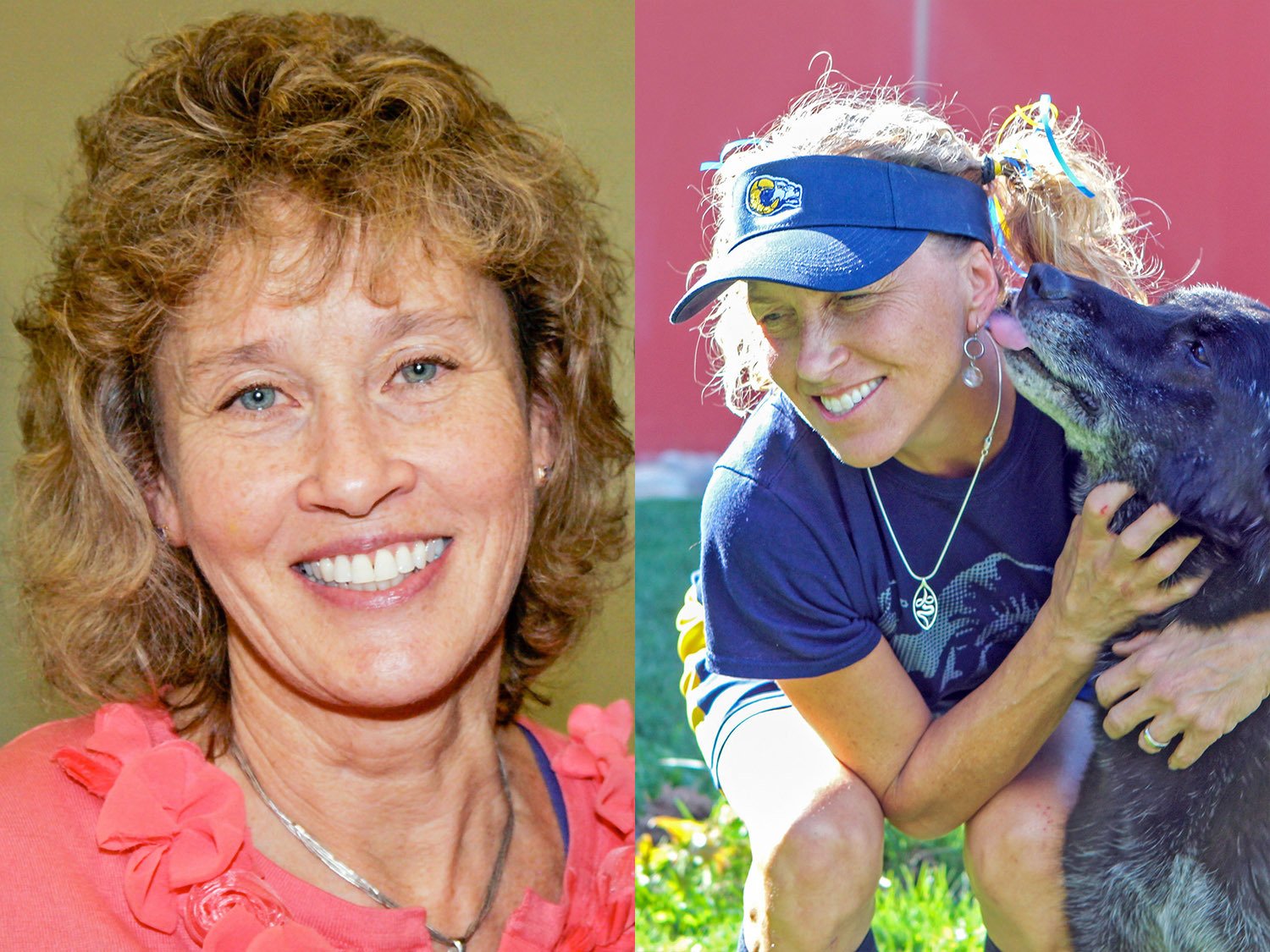 While two of Roaring Fork High School’s fixtures have been phasing out for some time, this year they mean it (mostly). As they prepare for retirement, Spanish Teacher Jill Knaus boasts 34 years in the district, while Art Teacher Cathleen Crayford-McCourt has 28.

“The people were so friendly, and I just loved the culture,” she recalled.

She aced her AP Spanish test at George Washington High School and went on to study education at Colorado State University.

“I was one of those weird people that always knew I wanted to be a teacher,” she said. “It gives me a lot of satisfaction to see people grow and change.”

There, she met Gary Knaus, an aspiring medical man with roots in Rifle. She spent his med school years teaching at Sheridan High School and then substitute teaching in Greeley, where she obtained her Master’s degree. In 1986, after the family relocated to Carbondale and Gary was working at what would become Roaring Fork Family Practice, Superintendent Jim Bader offered her a district-wide job teaching English as a Second Language. Back then, there were only about a dozen kids who needed the help, but as their numbers swelled, she cut down to just Carbondale, then just Roaring Fork — where she initially taught both Spanish and ESL before switching to Spanish only.

“A lot of the kids that I had when I first started teaching are now grown and they are teaching in the school district. I’ve had some of their children,” she observed.

It has been rewarding to watch native and non-native speakers come together to help each other.

“Even if the kids wouldn’t hang out together outside of class, at least they knew each other,” Knaus said. “Anytime that you can get different types of people together, you realize that people are people and kids are kids.”

And while they might be a bit more focused on their devices, what they need from a teacher hasn’t changed over the years.

“They need to feel comfortable and that you care about them as a person,” she said. “I think that’s always been a real strength at Roaring Fork High School. Cathleen and I have such different personalities, but I think we’re able to communicate that to kids.”

Knaus’s personal approach has always been one of clearly defined expectations consistently applied. “I’m not your friend and I’m not your mother,” she’d tell new students. But she continues to appreciate the energy of high schoolers and how they think. It was a blow to suddenly be teaching remotely when the pandemic shut down schools — though she praised the district’s online efforts.

“It’s all that personal stuff. That’s the reason I teach,” she noted. “It gives me a lot of hope for the future when you see all the decent young people who are coming through the schools.”

McCourt grew up in Toledo, Ohio with a passion for art, but not really for teaching.

“I really wanted to work with old people,” she recalled. “I never liked babysitting; I never liked kids really.”

But when she signed up for a Saturday school program in college, she found fun in coming up with lessons, and ended up staying an extra year to get a teaching certificate. After a year of teaching middle school, she ended up teaching at her own former elementary school. With her future husband, a golf pro from Denver, staying right across the street, she began to feel trapped in some serious deja vu. When he suggested getting the hell out of Ohio, she was on board.

“I always felt like I was born in the wrong place,” she recalled. “We took off a summer and just drove all over Colorado. This was my favorite place.”

The first time she stopped through the Valley, there weren’t any openings, but when she stopped back through, it turned out the Carbondale Elementary School art teacher had resigned the day before.

She taught youngsters for eight years before switching to high school, which turned out to be her trustest calling.

“I really loved the kids art, but you didn’t have relationships with elementary kids,” McCourt said. “They didn’t come to you for advice.”

Although she already knew most of her new students, the transition wasn’t without growing pains. Putting together an example project (she strongly believes you need to do in order to teach) takes a lot longer. But the satisfaction of watching an unsure freshmen learn to believe in themself was worth it — and something she’s missed teaching higher-level classes part time. She also made it a point to build a program which could give her students a fighting chance for scholarships.
“They told me I’d never be able to compete with Glenwood, and that’s all I needed to hear,” she said.

McCourt is a firm believer that art is as important as the “core” subjects.

“We don’t necessarily know what we’re preparing these kids for,” she observed.“All they could tell us for next year was to expect it to look very different.”

She thinks Carbondale understands that.

“It’s the ideal place for an art teacher,” she said. “If I was going to do it all over again, I would pick the exact same school and the exact same community.”