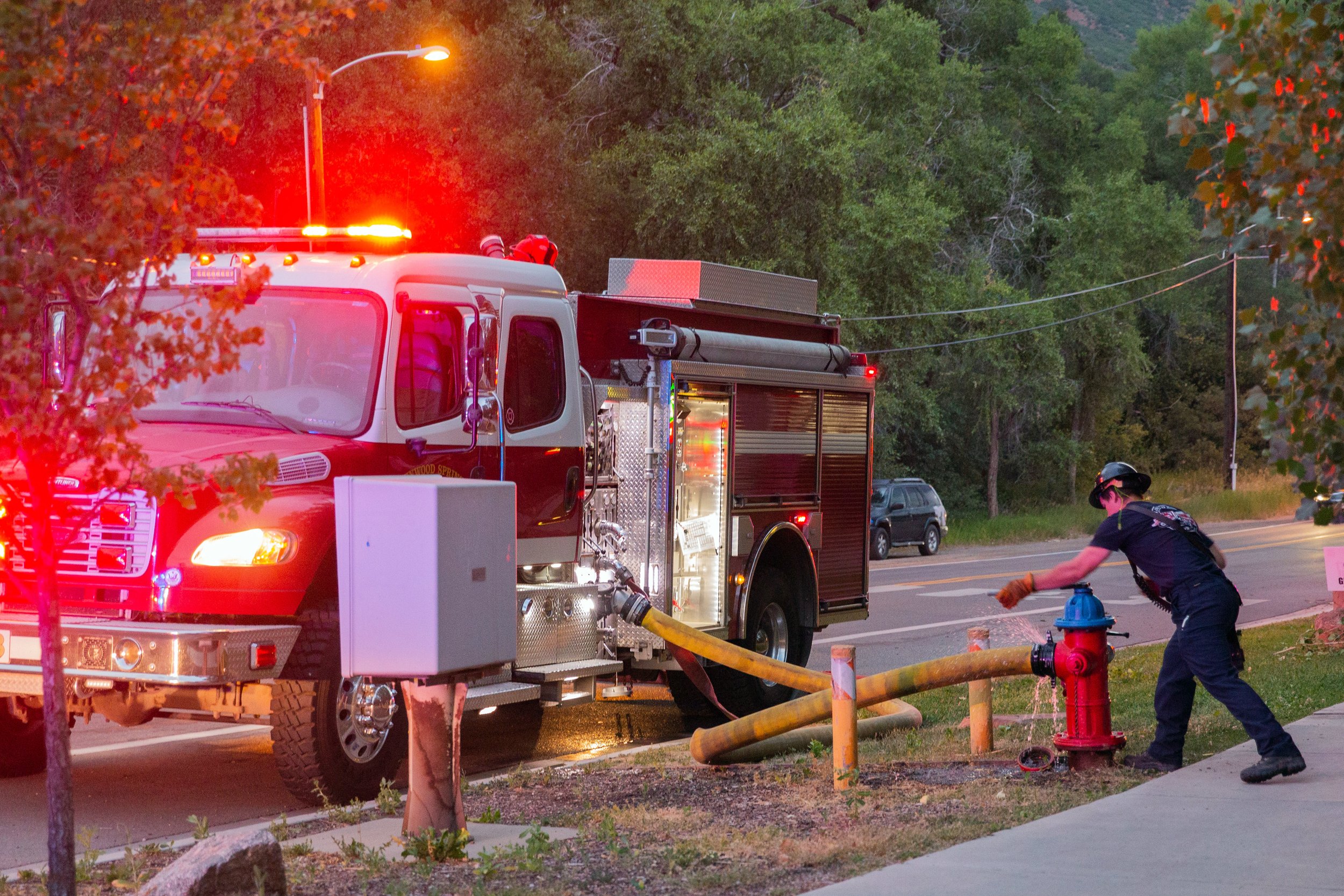 This summer’s drought has firefighters on the edge of their seats. On Independence Day weekend, “instead of wearing their regular duty pants… [firefighters] were wearing their wildland pants and their boots,” Roaring Fork Fire Chief Scott Thompson said. “That was all so they didn’t have to take two minutes to change their clothes to go fight a wildland fire.”

Current fire danger in the valley is significant. Garfield County went into Stage One fire restrictions on June 26, and surrounding counties such as Eagle and Piktin have issued their own fire bans as well. In Stage One restrictions, people are only allowed to have fires in a developed campsite’s fire pit.

“My guess is that if current conditions persist, we’ll be looking at Stage Two within a week or so,” Carbondale Fire Chief Rob Goodwin said. In Stage Two restrictions, no campfires are allowed at all.

Fire danger is measured by fuel moistures and energy release components (ERCs). “The drier the [fuel] is, the more energy it’s going to release [when it burns],” Goodwin said. “That means that the fire is worse for us, and harder to fight when these ERCs go up to a high level.”

Goodwin said that the ERCs near Carbondale are hovering around the 97th percentile, which is comparable to conditions in 2018 when the Lake Christine Fire in Basalt burned over 12,000 acres. “We’re the same conditions as we were, if not a little worse in some places, in 2018.”

When ERCs get above the 90th percentile, fire restrictions are implemented. “It just seems more often that we have to go into fire restrictions… it happens almost yearly now,” Thompson said.

Firefighters advise citizens to have a bag packed in advance and be ready to go in case of a nearby wildfire. People should also make sure they are signed up for emergency alerts from their counties about evacuations.

Carbondalians seem to recognize the gravity of the situation. “I didn’t hear a single firework from my house,” Thompson noted. “That tells me that people are taking this seriously. I don’t blame them after living through the Lake Christine Fire. Who wouldn’t be concerned?”

The drought could also affect the Town’s water usage. In 2015, Carbondale created a comprehensive Water Efficiency Plan to help decrease residential water use. “An excess of 80 percent of our consumptive use is by residential consumers,” Carbondale Trustee Lani Kitching said. “We’re in good shape in that regard because there’s a lot of awareness and a lot of sensitivity to the environment here within this particular community.”

Kitching cited Carbondale’s success in the 2018 drought, when the Town voluntarily reduced its water usage by 50 percent. If the July monsoons don’t come, she said, citizens “can quite likely expect a repeat of practices in 2018.” Currently, water levels in the Crystal River are not as low as they were in 2018 at this time of year.

If the drought worsens, the state will step in to manage Carbondale’s water rights as they did in 2018. “If the Crystal River isn’t flowing at a high enough level to be able to meet the needs of the senior water rights, then they’ll step in,” Kitching said. Alan Martellaro is the district engineer who would make this call for the Town.

As climate change impacts materialize, Carbondalians have started to brainstorm ways to adapt to the new reality. Ideas mentioned in Carbondale’s 2018 Vulnerability Consequences and Adaptation Planning Scenarios (VCAPS) study include creating a ballot tax to raise funds for firefighting, creating a grey water system, and starting a dialogue with landscape architects about a marketing campaign to promote xeriscaping.

“If called upon, we’re really counting on the Carbondale community to once again cut back on overall water use,” Kitching said. “People are very ready to step up and do their part to help conserve water when needed.”