What’s next for the Sopris Shopping Center? 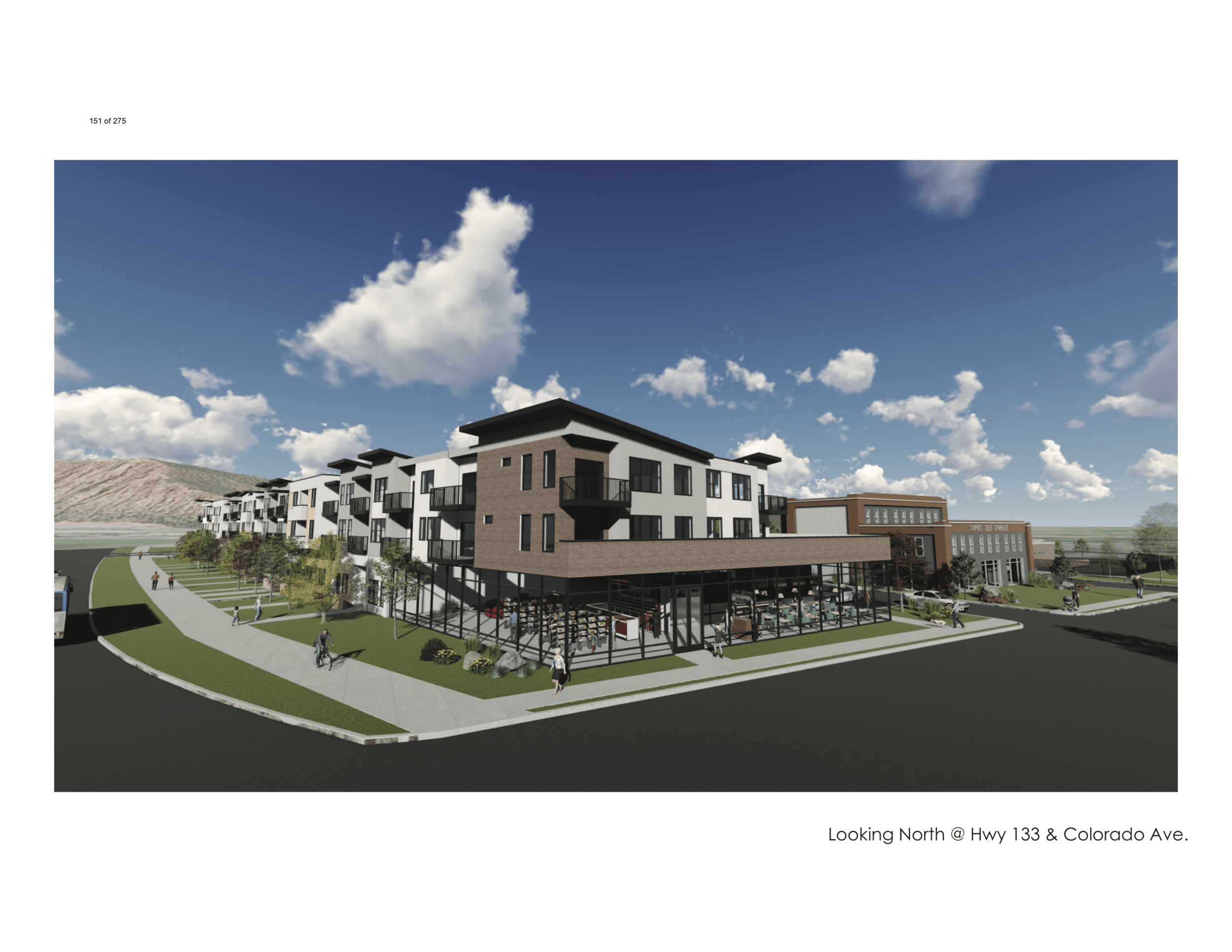 While rezoning Carbondale Center Place, LLC seemed like a no brainer, the long-term plans for the property gave trustees pause on July 14.

The property currently hosts the Sopris Shopping Center and Sopris Self Storage: two different uses in different zone districts. The proposal before the board — and already backed by the Planning and Zoning Commission — would have allowed a new plat to split the lot, with mixed use zoning on the west side and commercial transitional to the east.

But in order to determine where to put the new boundary (which currently runs right down the middle of the shopping center building), the developers were obliged to mock up what the development might look like — and therein lies the rub.

Town Planner Janet Buck had several reservations about the preliminary designs, including the residential-heavy design of the mixed use building and placement of common open space.

“It’s intended to really be used by the residents of the residential building to take pressure off our parks,” she noted.

Neo Studio’s Michael Noda assured the board that feedback from the P&Z hearing would be incorporated into the building application.

“We haven’t really designed it yet,” he said. “We’ve given you a density study.”

Specifically, the study calls for the demolition of the existing shopping center to make way for a storage expansion and a mostly-residential building featuring 63 efficiencies and a handful of larger one and two bedroom apartments.

Some of the units would occupy the first floor adjacent to Highway 133, and the whole complex would be bookended by a pair of ground-floor, 5,000 square-foot commercial spaces. He said the team would study unifying the commercial units to ease parking and/or whether afternoon shade would be an acceptable trade off for more easily accessible open space.

Trustee Erica Sparkhawk still seemed concerned — both about the placement of residential and the dearth of small commercial.

“I have a hard time imagining wanting to live on the ground floor right there,” she said. “I don’t know if our community’s going to get super excited by that tradeoff.”

The sentiment was echoed by others on the board, including Marty Silverstein.

“I would mourn the loss of the small retail,” he said. “I can’t tell you how many businesses over the last 30 years started out there.”

While Mayor Dan Richardson also acknowledged that the design seemed to be “missing on a few different cylinders,” he was supportive of the rezoning actually before the board. But there was one hang up that prevented the complete separation of rezoning and redesign: a provision that made the rezoning contingent on the approval of the subdivision and pending demolition of the shopping center.

With the developers expressing a need to confer about the requirement and Trustee Heather Henry unwilling to approve the motion as presented, it became clear that everyone would be better served by revisiting the issue on Aug. 11.