The circle of Carbondale 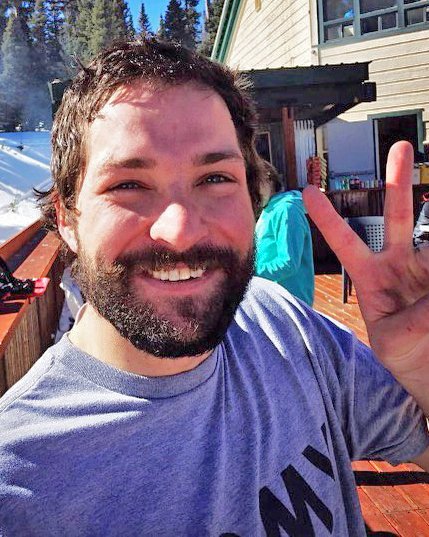 Back in 2006, one of my first jobs was with Uncle Pizza in Carbondale. Sometimes, when delivering a pie, I’d be anxious about encountering a drunk bantering patron at their front door. Had I known the risk associated with the service industry today, such stresses would have seemed miniscule.

In March, as a result of the coronavirus, I took over the paper delivery route for The Sopris Sun and have since developed a keen respect for people in this lane of work.

The first morning on the route was challenging. A mix of sleet and snow combined with my improper (and soon to be soggy) footwear, made for an uncomfortable first mission. Nevertheless, as the route was completed I was not only relieved but also proud — proud to have delivered what is deemed essential by the state and having served our community with a helping of valuable information.

The next time, being prepared with an extra thermos of hot tea and some hardy boots, I was able to reflect on my observations. Driving down Grand Avenue in Glenwood Springs around 6 p.m., it was fascinatingly eerie to see not one business lit up or pedestrian on the sidewalk. It was as though the world had vanished and I was the only one left, puttering along while tuned into KDNK radio — the lone assurance that I was not alone.

The desolate roadways lasted throughout Colorado’s shutdown. The week the state enacted the Safer at Home order, traffic packed both lanes on Highway 82 heading toward Aspen. It was almost as though life had gone back to normal in the Roaring Fork Valley.

The seemingly hurried push for life as we knew it perhaps clouded the reality that many of our neighbors were still in their homes lonely watching society buzz from their windows.

Unlike delivering the newspaper, delivering meals calls for person to person contact thus simultaneously confronting a societal dilemma brought on by COVID-19: isolation.

Valley Meals and More (VMM) got its start in early February after its chief organizer, Mary Kenyon, saw a need in Carbondale and surrounding unincorporated Garfield County for a meal delivery service for seniors. Garfield County does sponsor a distribution site in Carbondale and at the time of Kenyon’s research had served approximately 18 locals. Kenyon was quick to consider folks who have a hard time getting out of the house much, if at all.

Interestingly, Eagle County helped fund VMM at its inception and both Eagle and Pitkin counties already had such a meal delivery program in place. When VMM got off the ground it served two meals a week to seven residents around Carbondale free of charge.

Then the world changed and the demand for home delivered meals skyrocketed.

Now VMM serves five meals weekly to just shy of eighty people. It currently has enough funding to feed up to eighty recipients five meals a week from local restaurants such as Peppino’s and Homestead.

When emergency aid funds became available, Kenyon went to work on writing grant proposals. Contributions from Aspen Community Foundation 2020 Rescue Fund, Rocky Mountain Health Foundation, Area Agency on Aging, the state of Colorado and private donations have made it possible for VMM to continue this service through the end of September.

Kenyon hopes Garfield County will agree to partially fund the project by the time autumn comes around when it’ll still likely be recommended that the elderly stay home. “We like them staying at home and staying safe; that’s our goal,” she says.

Kenyon delivers every day during the week but also depends on dedicated volunteers. Paige Thomas, according to Kenyon, “Is a fan favorite.”

Prior to COVID-19, Thomas had volunteered for VMM once a week. Then she was furloughed from work in March due to the pandemic and in turn upped her commitment with VMM.

Thomas agrees with Kenyon that,“What’s even more important is the visit itself.” Thomas’ brother, Forrest, has been volunteering alongside his sister and the two enjoy taking extra time and developing friendships with their community elders. .

“It was hard to start this before COVID and now we can’t get close to them at all,” Thomas explains, “It has to be six feet away, it has to be through a door, through a mask.”

Still, the service can be immeasurable for family members. “Everyday we’re checking in on their loved ones,” says Kenyon, “When we deliver the meal we make eye contact or voice contact with everyone so if someone doesn’t answer the door or comes to the door and appears to be distressed we notify their family; and that has happened on several occasions.”

As many things in this community are connected, so are these stories. For these days, Kenyon’s home is in fact a stop on The Sopris Sun paper delivery route. Late Wednesday nights, a bundle of papers appears at her door to later be distributed along with a local meal, keeping beneficiaries connected the old-fashioned way.