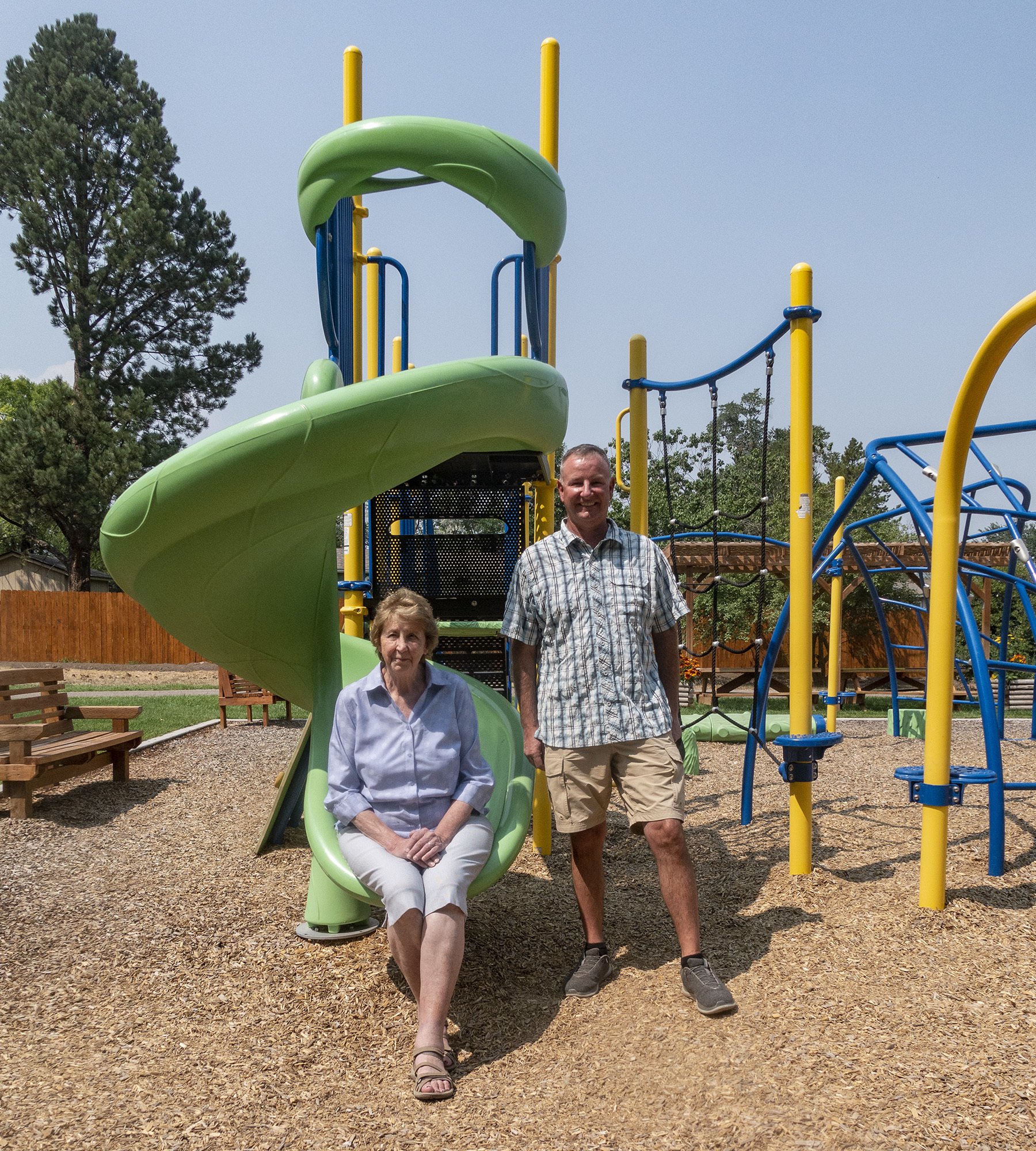 The following Q&A comes from a recent interview with the Crawford/Hubbell family, who own the El Jebel area under Crawford Properties, LLC.  Participating in the discussion were Adele Hubbell (the daughter of Floyd Crawford and widow of Carl Hubbell) and her two sons, Robert Hubbell and Prentice Hubbell.

Sopris Sun: The first question many people ask is “Where does the name El Jebel come from?

Adele: The name was given by an earlier owner of the 1280 acre property — Henry Gillespie. The name changed to the El Jebel Shrine in 1888 and is home to the Shriners fraternity which has included Arabic influences. El Jebel means mountain in Arabic. Sopris Sun: Please relate the history of Crawford Properties and how it’s tied to the Hubbell family.

Adele: My dad, Floyd Crawford bought El Jebel Ranch, then a farming and ranching operation In 1961. Crawford wanted “to keep the town in harmony with its site,” according to the website. Crawford made significant improvements including better water and sewage utilities, adding a fire department, a schoolhouse, a post office and widening and paving the road.

Sopris Sun: How do you feel now about the community your family has built?

Adele: I am so proud of what El Jebel has become. All the people who live here are like family. They are hard-working people who mostly commute to Aspen and are employed in businesses including restaurants and lodges. The mobile home park was created in the early 1960s to help provide affordable housing for workers on Ruedi Reservoir and the surrounding area.

Sopris Sun: How large is El Jebel and how many residents live here?

Robert: It runs from Blue Lake to Highway 82 and then across El Jebel Road to include the shopping center, now leased by restaurants and other businesses. The vintage large white house and the pond are now owned by another branch of the family. The community has between 1,000 and 1,500 residents.

Sopris Sun: What about the elk ranch?

Robert – Crawford Properties owns the 180-acre section, but the elk herd is owned and managed by my uncle Noel Crawford.

Sopris Sun: How did the newly developed modular home section develop?
Prentice: We started to explore expanding our El Jebel Mobile Home Park home park in 2015.  It took a year of planning and cost analysis to see if we could afford to build it. This is the only product that would fit the price point we needed to be at in order to keep rents affordable. Today the average cost to build in the Mid-Valley is well into $300+ per square foot.  We were able to install infrastructure and place these homes for roughly one third of that. That expanded area added 46 to the previous total of 289 residences.

Sopris Sun: What are the demographics of the area?

Robert: The population of the mobile home park is about 60 percent Hispanic, and most are married. We really have embraced their culture. We’ve extended a hand out.

Sopris Sun: We don’t want to forget about June Park, named for your grandmother, June Crawford. How did this come about?

Robert: It definitely “took a village.” Our support came from five local organizations plus 172 volunteers who came from Aspen to Parachute to help. The design was aided by a group of 20 kids who related their choices at a community meeting and wanted to include an area for adults while the youngsters enjoyed the playground.

Sopris Sun: Any future plans?
Robert: We’re looking at improving the infrastructure and amenities of the area, including switching from private sewage-treatment to the Mid Valley Metropolitan District. We’ve already upgraded the ballfield,which gets a lot of use.

Sopris Sun: Do you have any vacancies?

Robert: No. The demand for the space is high. We probably get one to three people per day looking for a place to rent. We have a long waiting list.