How to ‘cure’ an ailing ballot 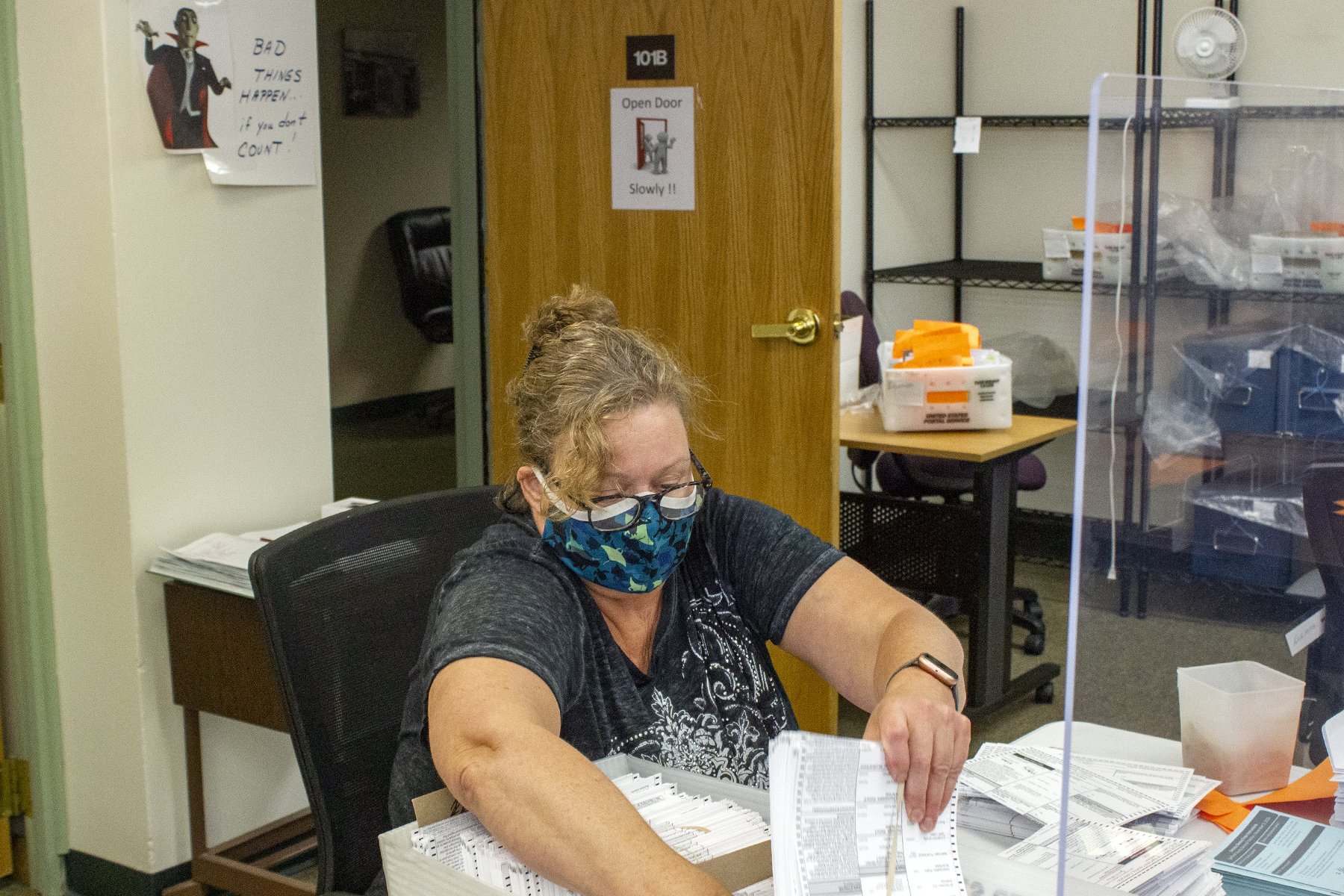 Voter registrations have been ramping up in the final weeks leading up to the election. According to Garfield County Clerk and Recorder, Jean Alberico, as of Oct. 13 there were “35,938 active registered voters and 4,662 inactive voters [in Garfield County]. Voters are only put into inactive status if an official election mailing is returned to the office by the USPS as undeliverable.”

As of Sep. 1, according to the Colorado Secretary of State’s website, Garfield County had 33,964 active voters. When compared to that Oct. 13 number, there was an increase of almost 2,000 registrations in just a month and a half. For comparison, in the months between February and September, that number had grown by just over 1,000.

Again, Alberico: “We had a big response when Facebook had their first big push to encourage people to register to vote and then when there was national voter registration day on Sep. 23, we had another big bunch of people who registered to vote online.”

When it comes to voter turnout, not all elections are equal. “If it’s a small coordinated election like we had last fall, I think we ended up with about 39 percent [voter turnout].”

According to Alberico, larger turnouts mean signature verifiers reject more ballots for either missing signatures or signature discrepancies. When that happens, “the voter is sent a letter that says, the judges agreed that your signature doesn’t match what we have on file. We send them an affidavit they need to fill out that says yes, that’s my signature, and yes, I returned that ballot. And we also ask for a copy of their ID. If they send that back to us, then we count their ballot. If they do not return that affidavit and a copy of their ID, then that ballot is not processed and it’s not counted.” Signature verifiers are bipartisan teams of election judges. In Garfield County, just 1-2 percent of ballots are returned with signature problems and many of those voters resolve the discrepancy before election day.

According to the Colorado Secretary of State website, Thursday, Nov. 12 is the last day for an elector to cure a signature discrepancy or missing signature, or to provide a missing ID for mail or provisional ballot to be counted in the 2020 General Election.

“Right now you have the option to sign the letter and make a copy of your ID and drop it back by the office. You can fax it back to us, you can scan it and email it back,” said Alberico, “and now there’s this mobile app that some of the larger counties that have been using it for a couple years find is much easier for people to use. So you can fill out your affidavit, take pictures of the completed affidavit and your driver’s license and then you can submit it using TXT2Cure back to our office.” Additional instructions about the smartphone program are included in the letter notifying voters of a signature problem.

According to a Colorado Secretary of State press release, Colorado has the lowest signature rejection rate of any vote-by-mail for all states, with just .52 percent of ballots in 2018. However, the rejection rate for voters 18-19 was 1.80 percent. “Typically younger voters have fewer signatures on file, and have signatures that are evolving. Through leveraging technology familiar to young people, TXT2Cure will help make sure these younger voters have their ballots counted.”