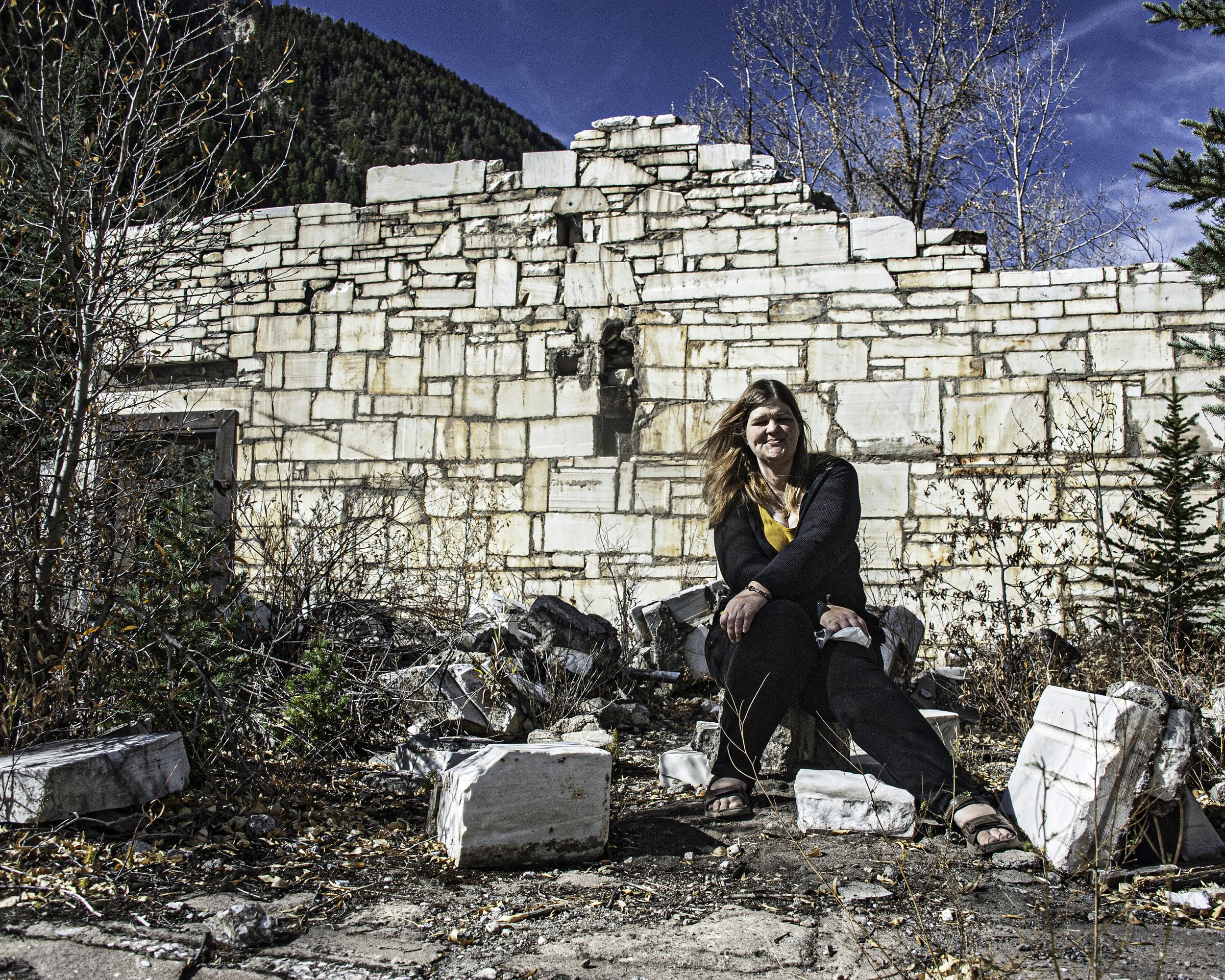 GOCO explained on its website that the Gunnison County park has seen an uptick in visitation since the pandemic started, stressing the Town’s existing infrastructure and ability to host tourists safely. The grant will help alleviate crowding, provide better access to the river, create an additional park entrance and protect historic structures.

“This grant will enable us to do so much,” said Marble Parks Committee member Amber McMahill, “The park is very popular with residents, especially with the students from local schools, including Marble Charter School, Colorado Rocky Mountain School (CRMS) and the Carbondale Community School.”

Marja O’Connor, another committee member, added, “Receiving the grant is significant to all of Marble, as it will renew such an amazing space.”

The mill is well known for providing finished stone for the Washington D.C.Tomb of the Unknown Soldier, the Lincoln Memorial, the Denver Library and the Denver State Capitol and other structures.

Although it was once the largest of its kind in the world, the mill site has deteriorated from years of overgrown vegetation and lack of sufficient funding to restore the area.

But the local community didn’t give up. The Marble Parks volunteer committee is making progress in restoring the 25-acre site to its former glory as much as possible. Also in the works is improving a walking trail around the large remaining walls, buildings and columns with fun, interactive educational experiences.

Presently the park features an outdoor stage, basketball court plus picnic areas. The site is also home to the annual summer MARBLE/marble symposium which has drawn stone carvers from across the globe since 1989.

But at the same time Marble’s future looks bright, there are problems the committee wants to address.

Marble local Alex Manard described an influx or All Terrain Vehicles (ATV) during summer, which he called “motorized madness.”

The large trailers used to haul ATVs, Menard explained, take up much of the park’s parking area and produce a lot of exhaust and noise. So, the committee decided to apply a portion of the grant to providing a quiet, alternative entrance.

According to the Colorado Encyclopedia, the neighboring towns of Marble and Clarence were established in 1881. Soon, miners in the area were reporting that the roofs of their mines were made of fine white marble.

The first marble quarry in the Crystal River valley was established in 1884. However, in the early 1900s, the mill struggled to overcome the devastation of an avalanche followed a few years later by a large, destructive fire.

The quarry was closed in 1941 after demand slowed. Then, the old Colorado Yule marble quarry reopened in 1988, and has operated on and off since.

The grant comes via the State Board of the Great Outdoors Colorado Trust Fund, a political subdivision of the State of Colorado. It was created by voters in 1992 to invest a portion of Colorado Lottery proceeds to help preserve and enhance the state’s parks, trails, wildlife, rivers and open spaces. To date, the organization has invested $1.3 billion in 5,300 conservation and recreation projects in all 64 counties, following its five program values: resource conservation, outdoor stewardship, community vitality, equitable access and youth connections.