The Redstone General Store will prevail 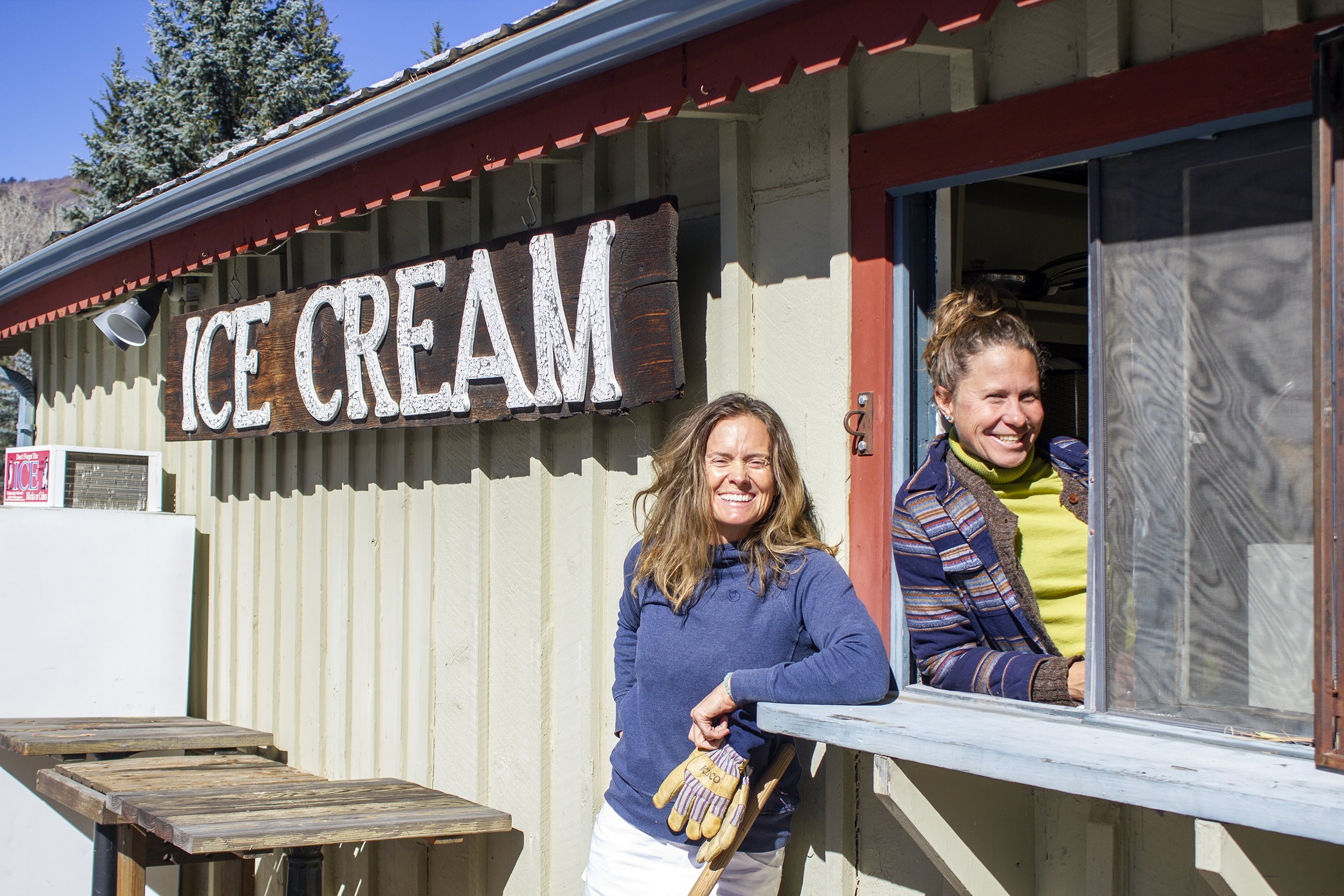 Redstone Boulevard does not have the same vivacious feeling when the doors to its general store are shut, which has been the case since March. But hermits living up the Crystal Valley — as well as frequent visitors — are in for some good news.

Locals Oriana Bier-Moebius and Rochelle Norwood are the most recent entrepreneurs to reboot the Redstone General Store. Their goal is to open for business on Jan. 1  to usher in the new year.

Bier-Moebius grew up in the Valley — The Crystal Valley that is. Her parents owned Avalanche Ranch, “Up until I was about 12 years old,” she said. Her father, Jeff Bier, is a long time local who worked in the coal mines and subsequently as a realtor. In fact Bier has been the agent for the general store for its last five transitions — which includes this most recent sale to his daughter.

Bier-Moebius said that some of her earliest memories include moments perusing the general store. “Redstone was the community we went to because it was closer than Carbondale,” she said, “When we made a few coins as kids we’d come down here and buy a treat at the general store.” It has come full circle for Bier-Moebius whose own children have indulged in any opportunity to spend some of their earned allowance there.

Norwood lives in the Crystal Valley as well but grew up in a small rural area in California, which to her resembles Redstone. The nearby California towns, Caloma and Lotus are, “So small there’s not even a grocery store; so our gas station is the general store.” So Norwood feels right at home in Redstone.

The two women found each other by way of their personal passions to attend to their community. Norwood’s work with Scavenger Industries — a local organization which upcycles peoples’ throwaways to make art — led her to work with the Near New, where they both were inducted as Daughters of Rebekah. Bier-Moebius also provided a space for Scavenger Industries to create on her property: 13 Moons Ranch.

The pair spent a chunk of time apart due to the COVID-19 regulations. Upon reuniting they discussed the closing of the general store and the impact in which it had on the community. Someone had to do something about it — why not them.

“The owners were very firm that they wouldn’t sell to anyone who wouldn’t keep it a general store,” Norwood stated, “It definitely felt like we had to be chosen.” The building has been on record as a business since the 1950s and may have served as such even earlier.

Somewhat at the behest of the previous owners, the two decided the only way to do it was as a family endeavor. Therefore each of their sets of children will likely be found at various times tending the ice cream machine or perhaps sweeping the front porch. Norwood’s mom has a one way ticket — figuratively speaking — and will any day now to help get the business up and running.

“We will have a full-on little grocery store,” said Norwood, “From eggs to local bread and semi-local dairy.“ Crystal River Meats will supply local meat and Bier-Moebius also hopes to sell some of her own lamb raised on 13 Moons Ranch.

Many of the dairy products and other farmed by-products, like jams and lotions, will be ordered through Farm Runners, based out of Hotchkiss.

As the stars align, they hope to discover local farmers, bakers and other local tradespeople who want to sell their goods. While on the subject, Bier-Moebius brought up that her friend is opening a bagel shop in Willits and without skipping a beat Norwood exclaimed, “Oh good,  we need bagels!”

Next summer, they plan to host farmers’ markets in the parking lot as part of their mission to become a community gathering place and simultaneously support more local growers.

Another scrumptious perk for local consumers is that Norwood was once a chocolatier and plans to make delicacies again to be sold at the store.

Furthermore, they hope to sell local artists’ pieces as well as art supplies — with a twist — made by artists for artists. Norwood spent several years teaching art to young people in Carbondale.

On top of all that, “We’re going to sell matches and motor oil,” Norwood laughed, among other essential supplies.