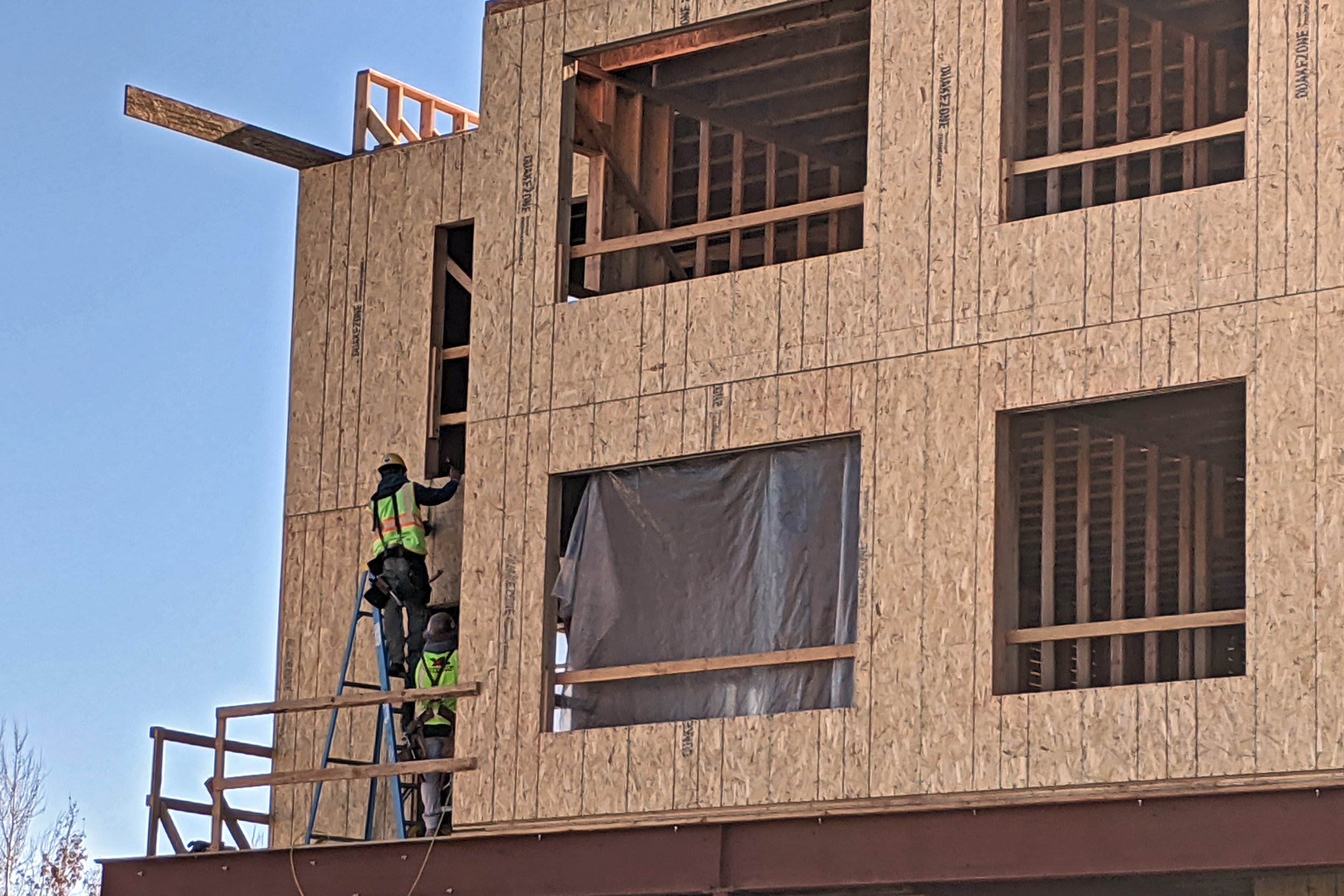 Carbondale is in the midst of a rather significant development boom along Highway 133 and in sections of the Town core, some of which has been in the Town’s developmental-review pipeline for a couple of years.

According to Town documents and officials, Carbondale in the coming year or two can expect to see more than 357,000 square feet of new commercial and retail space along the highway and in other parts of town, as well as more than 350 new residential units amounting to roughly a 15 percent increase in households.

In an effort to acquaint local citizens with the current state of the town’s development scenario, Planning Director Janet Buck and others have put together an online document, called the Planning Story Map, that was uploaded to the town’s website last week — visit carbondalegov.org to check it out.

Further information on the Town’s philosophical approach to development and growth is available by reviewing the Comprehensive Plan, passed in 2013.

Citing that plan, Buck conceded that the current crop of projects either under review or under construction represents a considerable increase in the level of development activity, but said it is in keeping with the Comp Plan and other town processes, procedures and documents.

Importantly, Buck continued in a phone interview, “The overall philosophy is, there was a decision made that Carbondale doesn’t want to sprawl.”

The goal, she said, is to keep development within Carbondale’s  existing boundaries as far as possible, in part by working with Garfield County to avoid having large projects built just outside the Town in the county’s jurisdiction.

At the same time, she noted, “historically, Carbondale has been seen as such a nice place to live” that it has attracted growth in both the commercial and the residential spheres.

In particular, she said, there is a constant lament to be heard both in government circles and among the populace: “We need housing!” She pointed out that this has prompted pressure for approvals of residential complexes with smaller units than were common in the past, higher density in the Town proper, and such innovations as “live-work” projects where living space is provided above commercial or retail spaces.

The heaviest concentration of new development, according to the Town, is slated for the Highway 133 corridor, and includes projects that are either in the review process or under construction.

Perhaps the most notable of the projects under construction is the 1201 Main mixed use development, situated on the east side of the highway between Colorado Avenue and East Main Street. The project includes 27 residential units and 3,000 square feet of commercial or retail space.

On the other side of the highway, just south of the recently opened new City Market, gas station and bank businesses, is the Main Street Marketplace, which ultimately will contain 115 residential units and 10,000 square feet of retail or commercial space. This project has been mentioned as possibly being home to some of the “live-work” spaces referred to above.

Also under construction are the second phase of the Thompson Park subdivision (27 homes), generally located on the west side of Highway 133 at the intersection of Wendt Boulevard and Lewie’s Lane, just south of the Ross Montessori School; and the Red Hill Lofts, 30 residential condos along Dolores Way in the Kay PUD on the north side of town, adjacent to the Rio Grande Trail bicycle and pedestrian corridor.

Several other projects are working their ways through the Town’s review process, starting with the Eastwood LLC self-storage facility at the northern end of town. When finished, it will create more than 73,000 square feet of storage space, plus an apartment for an on-site manager. The project is on a two-acre parcel of land tucked between a tire store and an electric utility power substation.

Others still undergoing review include the Carbondale Center Place, a mixed-use redevelopment of the Sopris Shopping Center and storage units situated at the intersection of the highway and Colorado Avenue (76 residential units, 10,000 square feet of commercial and 68,000 square feet of storage); a planned new bakery in a redeveloped historic home at 234 East Main St.; and a new lumberyard, Builders FirstSource, on Lot 5 of the Carbondale Marketplace site along Highway 133.

And there are a few other known projects that are not the Town’s review process yet, including a proposed new ANB Bank building on a portion of the Carbondale Marketplace development site (the bank has an existing building further to the north along the highway), and a planned new 10-unit multifamily project on 12th Street, off Colorado Avenue.