New ways of doing things in the arts 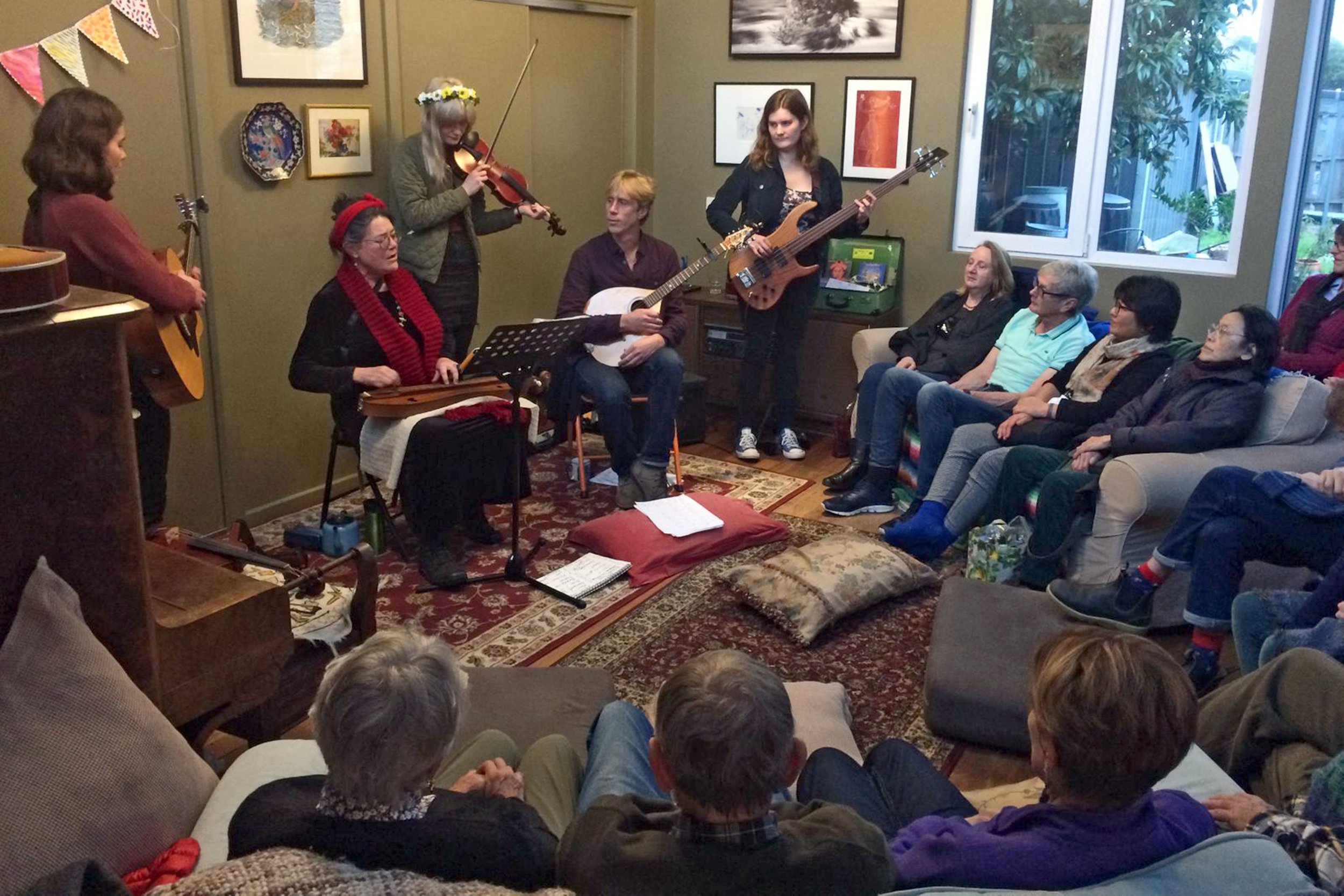 I have been fortunate enough to perform music in the Roaring Fork Valley for close to 30 years, and there have always been private parties, community celebrations, and nightclubs that have provided entertainment for their guests. However, things have changed.

The band I currently work with has only performed a single live show this month, and that performance was an unpaid benefit for a local business. Believing that nearly all live performance opportunities may have been similarly affected, I decided to compare notes with a few other members of the performing arts community in order to learn more about how the Coronavirus has impacted their respective arts.

I have known Louisa Joy Wise since we were in the same first grade class in Central Illinois. Louisa is now a well-known musician living in Melbourne, Australia. Melbourne supports a vibrant music scene, and Louisa states that the city has been described as “having more musicians per capita than anywhere on the planet, save Nashville.” Louisa has toured in Australia, The United States, and Ireland, and she has a number of CD’s to her credit.

However, her most recent album of original music, which is a finalist for the Music Victoria Best Album award in the folk category, could only be released on her website and Spotify because the release coincided with a COVID-19 lockdown in Melbourne. Regarding musicians, Louisa says that “All physical work for us has stopped, except for occasional online performances and online teaching.”

I also checked in with Jackson Emmer, a popular musician here in Colorado’s Roaring Fork Valley. His most recent live music performance was in late September at the Basalt Farmer’s Market, which Jackson describes as “outdoors and well-distanced.” He adds that he enjoyed the opportunity to play music for people in-person again, pointing out that he had only played three in-person concerts since the beginning of the pandemic.

When asked about the emotional costs of the COVID-19 virus on performing artists, Jackson acknowledges the negative impacts of the pandemic experience while managing to reframe it in a positive way.  Jackson says, “I’ve been performing online regularly since the pandemic began. It doesn’t have the same energy as being in a room full of people, but I enjoy finding ways to make it special, regardless.

Nothing compares to the thrill and community-building of live performance, but until that becomes widely feasible again, I plan to make the most of our digital platforms. Since March, I have taught music lessons and workshops, taken on more projects as a producer and audio engineer, and moonlighted at a local arts non-profit. Staying flexible, adaptable, and curious has helped keep me afloat during this wacky year. I’m grateful for the opportunities that have come my way.”

Robert Crew and I grew up in the same neighborhood, and we have been friends since high school when we played together in the same band. Robert now works as a recording engineer at the Hacienda Post studios in Burbank, California, where he records foley effects for animated productions created by Cartoon Network, Disney, and Netflix. He is also an excellent musician, and has toured with Rita Coolidge and Spencer Davis. He was still performing live shows with Karen Tobin in California on a monthly basis when Los Angeles shut down the performance venues

Robert says that he is “a part of a community of players who have enough technology at home that we can do a session without being in the same place as the other players.” The contributing musicians play one part at a time, and the project is mixed down at a remote location. Robert recently contributed “bass, guitar, ukulele, vocals, and keyboard tracks” for a remote project in progress here in Colorado.

Robert points out that “This is a boom time for finishing home recording projects and having virtual concerts.” He notes that he even has a friend whose online business is writing and recording custom songs tailored to specific occasions.

Two long-time friends, Barbara Kingsley and Stephen Ambrose, are both actors living in Astoria, New York City, and both are members of the Actors Equity Association union. Barbara has appeared onstage in many theater productions, television shows, and in the film The Straight Story. Just prior to the appearance of COVID-19, both she and her husband were rehearsing a one-act play for the Estrogenius Festival, which was to open in April of 2020.

On March 15, 2020, they were given the option of withdrawing from the festival or going ahead with COVID precautions in place. Barbara says that the performance was to be staged in a very small space in a basement venue with poor ventilation, so they withdrew. Two days later, all of the Broadway Theaters announced that they were closing.

As members of the Actors Equity Association union, Barbara and Stephen can only perform in theaters that are approved and in compliance with their union’s standards, and at this time, those theaters and many of the businesses that depend on the Broadway theater industry are closed. Barbara believes that “The creative spirit will find a way to create, even if it’s in another field.” Currently, Barbara is writing, doing film auditions, readings, workshops, and performances via Zoom, so she is clearly adapting to challenging circumstances.

The message that emerges from the responses that I received from performing artists from Melbourne, Australia to New York City is clear. All have experienced some disappointments and lost opportunities, yet they have persisted. They are exploring new modes of expressing their talents and their love of the performance arts through innovation and ingenuity. I, for one, hope to internalize and adopt some of the flexibility and openness to change that these performance artists have demonstrated so well.