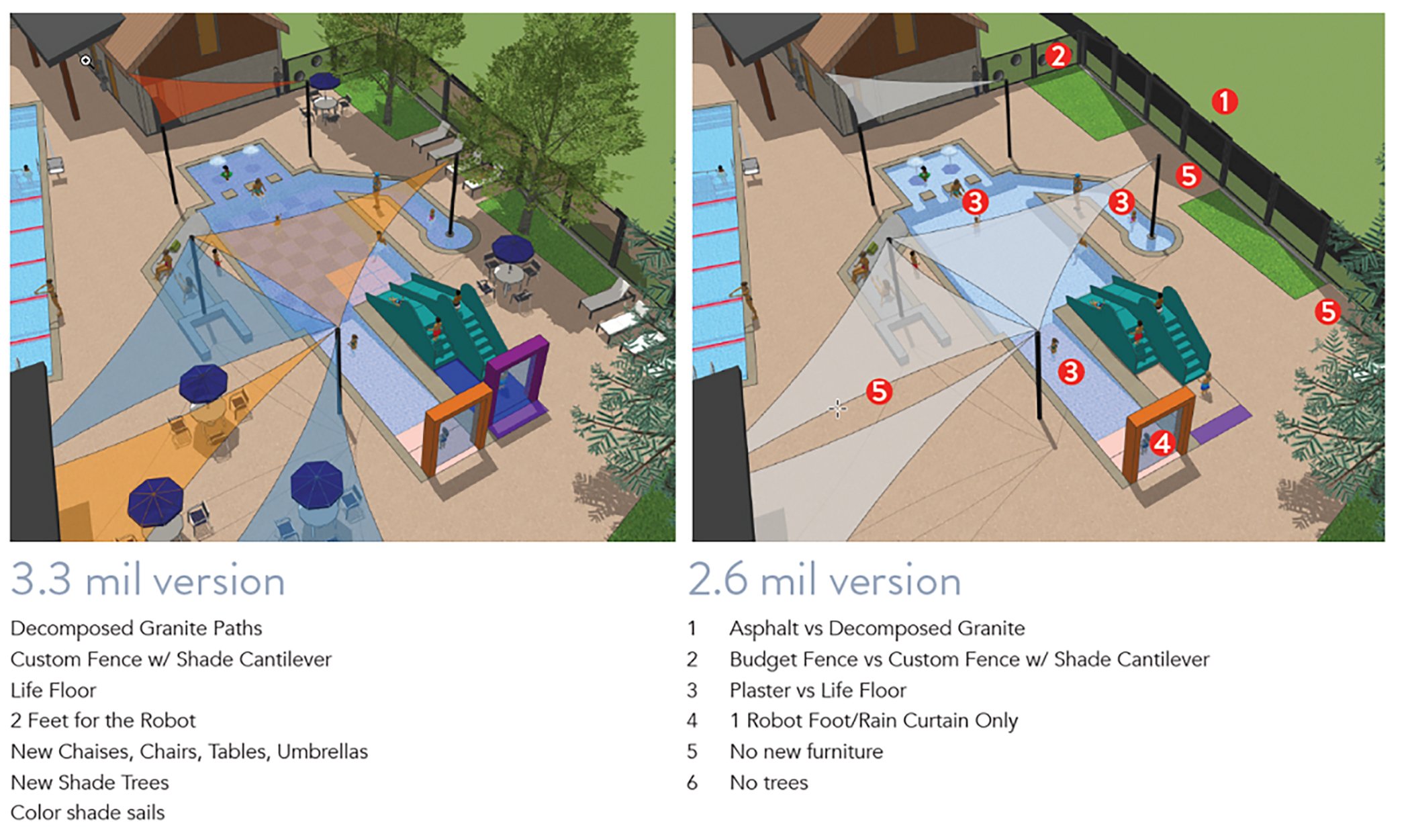 In a unanimous vote, Basalt Town Council approved the contract with Rudd Construction for the Arbaney pool improvements with the contingency for Town Attorney Jeff Conklin and Town Manager Ryan Mahoney to review the potential need for a site plan review or exemption.

Before the vote, members analyzed whether to go ahead with the $3.3 million full boat with all proposed amenities or instead choose the less costly $2.6 million proposal which would trim down the number and selection of particular amenities and look for additional value engineering. No choice was made.

Improvements include pools, playground, public restrooms, energy efficiency and other upgrades to be phased in over time. Items considered for removal in the lower cost option include enhancing locker rooms by painting rather than tiling the walls and eliminating some shade areas. Mechanical equipment will not be affected.

The proposal came initially through the Basalt Parks and Open Space and Trails Committee (POST) which makes recommendations on suggested park improvements and the use of the Town’s 1% open space sales tax. POST, according to committee officials, has had Arbaney Pool projects on its highest priority list for a number of years.

Jason Groves, planning department consultant, noted, “We did our best to try and make a more affordable proposal without devastating the project.”

Reflecting on the proposal cost. Councilman Bill Infante stressed, “We were led to believe we could do the entire plan for $1.6 million. But we’ve learned everything is expensive including cement and skilled labor.”

Councilman David Knight added, “We’ve learned lessons here.” He further emphasized that the pool and its improvements together are significant community amenities.

As a follow up, Mayor Bill Kane then recommended Basalt should engage a contractor to firm up pricing for upcoming projects before formal bids are requested.

In response to concerns about how to fund the project, Kane advised that Basalt may be paying off a loan at two percent interest rate. But, he said the Town may get a return of three to four percent if the appropriated funds are carefully invested.
As to which of the two project options should be selected, member Gary Tennenbaum explained, “I’m in favor of going with the full plan, and these are the costs. I don’t think it’s going to get any cheaper.”