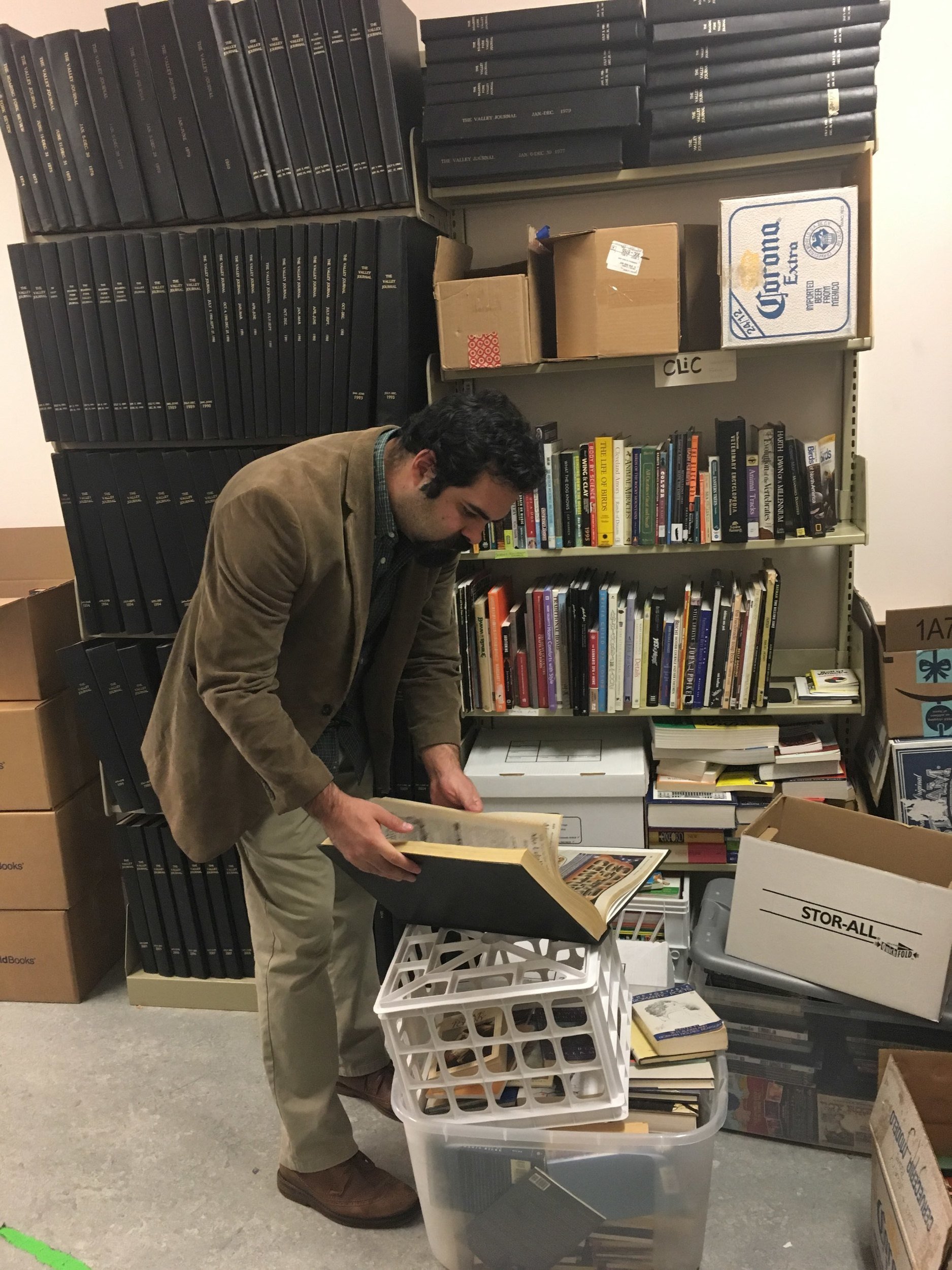 The bound volumes of The Sopris Sun and Valley Journal are reminders that today's news is tomorrow's history. Photo by Marc Grandbois

The months since I announced my departure from the paper remind me of graduating high school, with everyone asking what’s next. It’s gratifying that so many people assumed that only something bigger and better could drag me away from The Sun.

But it’s really more like a gap year. I understand now why so many people cite “personal reasons” for a departure. It covers all sorts of overlapping situations. But the core truth is that I’ve found myself spread too thin during this pandemic. I need to concentrate on weathering this time with my family, and the paper needs someone who can seize the moment and really run with it.

Raleigh Burleigh’s selection as my replacement has rescued me from any fear about the paper’s future. He’s backed by a stellar crew, from the board to the staff to contributors. And he’s fresh and full of energy. Honestly, sometimes I think editors would benefit from four-year terms to prevent burnout — probably most jobs would.

So I’m left looking back at my tenure and wondering if it was enough. After 2020 in particular, I think it’s good for us all to give some thought to our points of pride.

Right off the bat, I added some new features to the paper, and Our Town and Pages of the Past seem consistently well-received by readers. We now have a comic, puzzles and occasional horoscopes. I’ve overseen a complete turnover of the board and staff, recruited new contributors and found new ways to work with the old ones.

The printed product itself is physically bigger, on better paper, and bound for perusal at the Carbondale Branch Library. We have more awards than room to display them.

Did I accomplish as much as you’d expect from high school, college or a presidential term?

Not on my own. But this is a team effort. Kathryn Camp planted the office garden; I just tended it. Jane Bachrach came up with Parting Shots; I just kept it going. Footsteps designed the website; I just updated it.

I think the whole role of the editor is to take what’s been done before and what’s happening now and funnel it into some sort of cohesive whole. If you emerge with a lot of glory for yourself alone, you’re doing it wrong. Even so, Trina Ortega, Terray Sylvester and Lynn Burton all left indelible marks on this paper and, by extension, on this community.

Former Valley Journal Editor John Colson has been a mentor and much more. And longtime graphic designer Terri Ritchie will continue to bring some essential institutional knowledge to the board.

Don’t expect my byline to disappear entirely. I’m not going anywhere and, while switching careers has a certain allure, my skill set is mostly in journalism. But in the meantime, I’m looking forward to joining the ranks of the readers and watching the next chapter unfold.

Thank you for continuing to read and support The Sopris Sun. I hope you all find the good luck and grit you need in the new year.