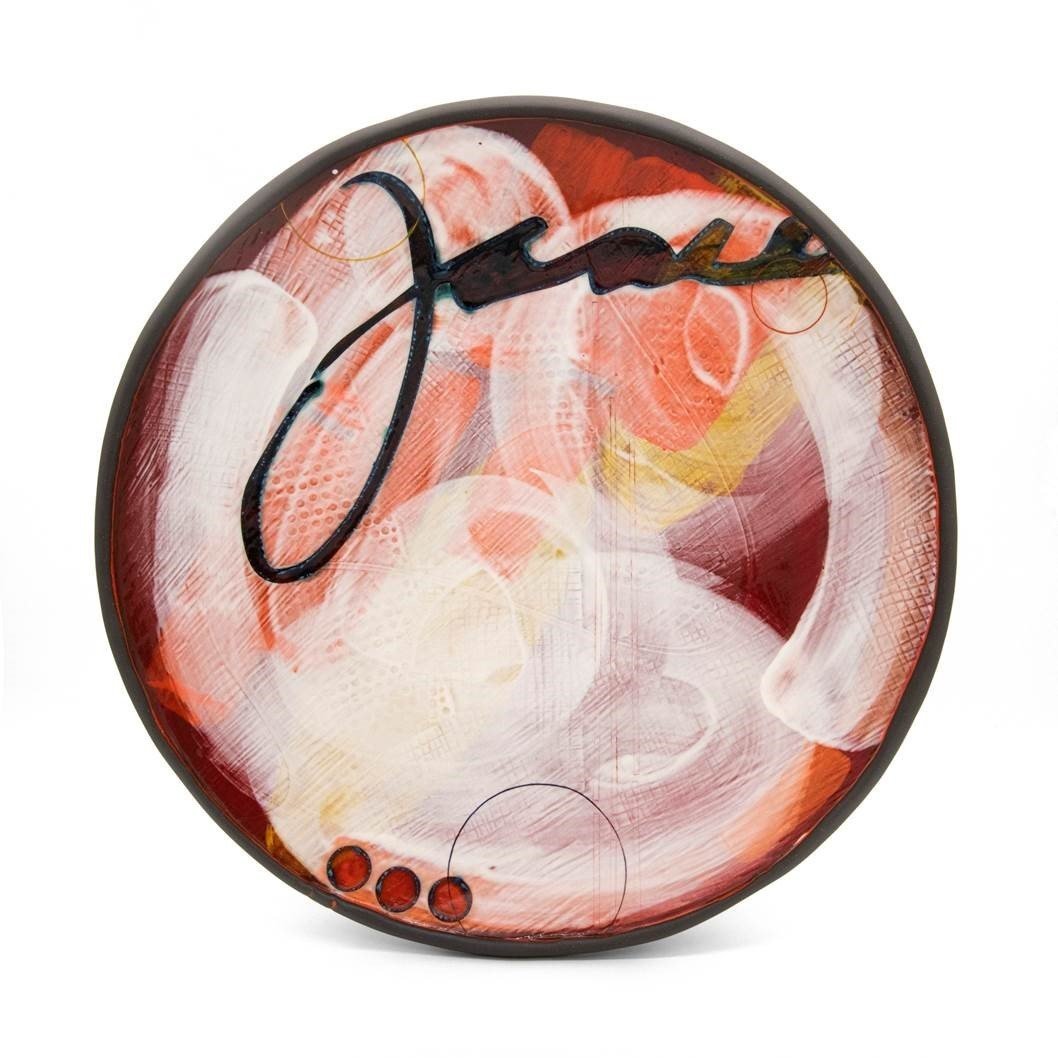 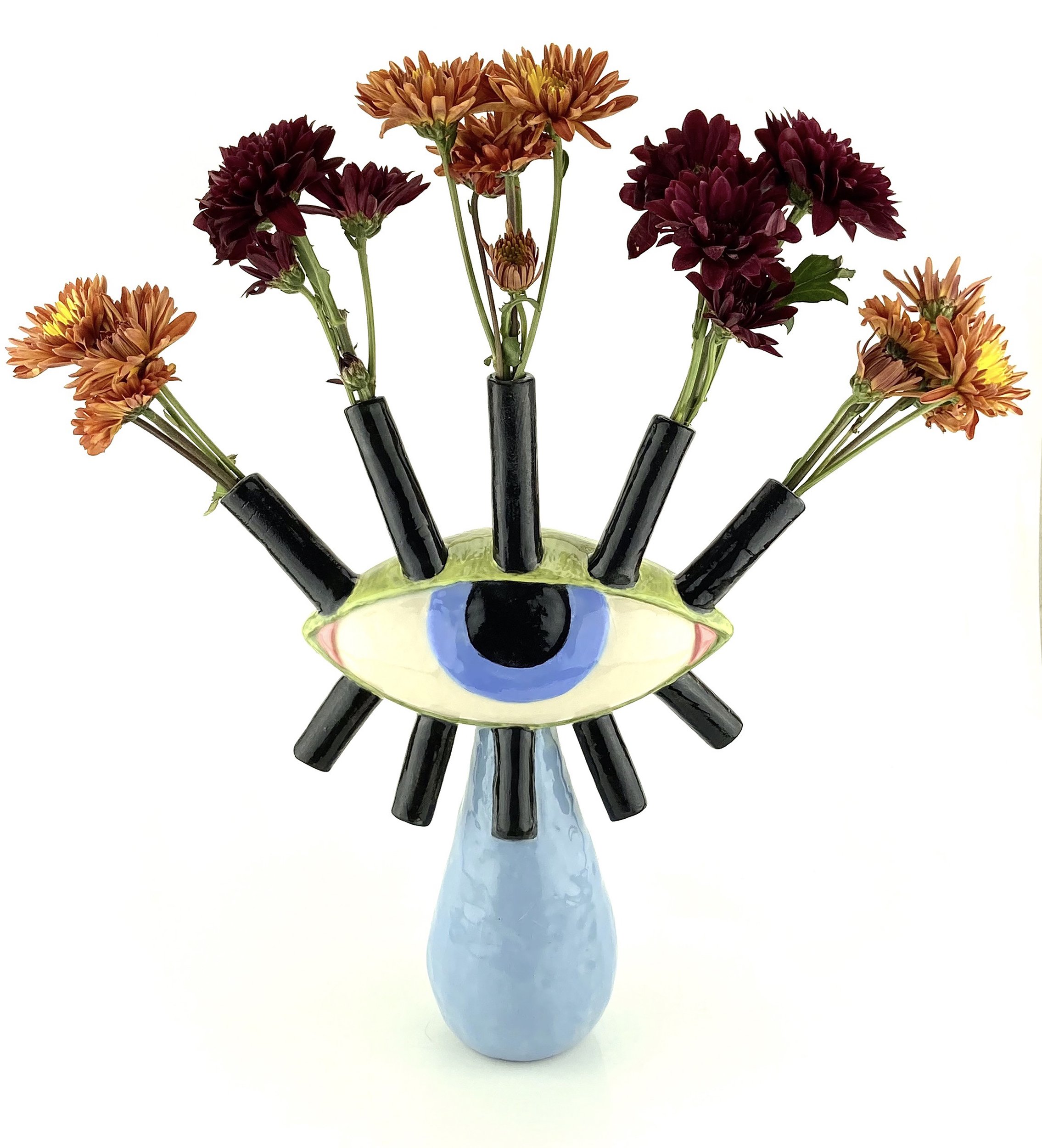 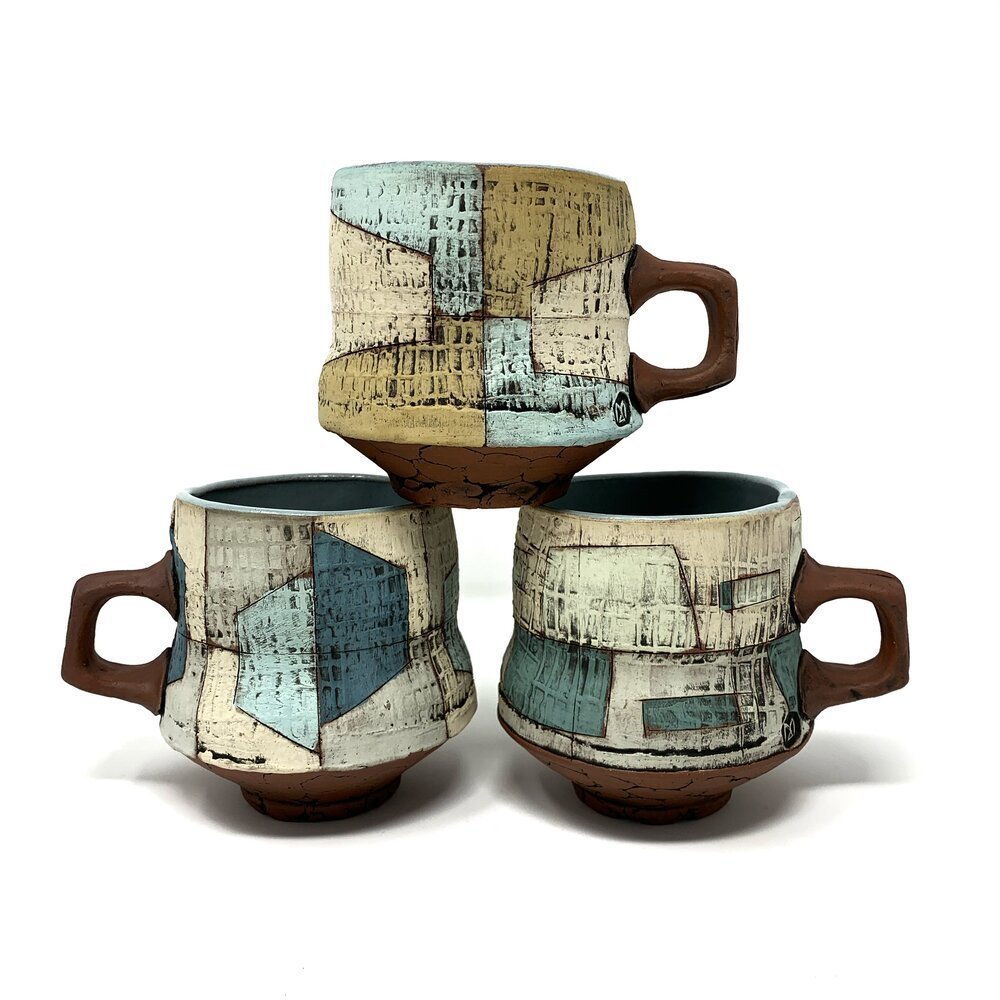 “Complexities: From Surface to Form,” an upcoming exhibit at the Carbondale Clay Center, displays the work of five dispersed artists exploring decorative function, or functional decoration, in art. According to Gallery Manager Matthew Eames, the show provides “a small window into the possibilities of decorative pottery” with the goal of eliciting curiosity. The diversity of style in this show accentuates the varied influences of its contributors, residing throughout the continent.
Ohio-based ceramicist Ashley Bevington plays in clay, creating humorous exaggerations reminiscent of three-dimensional cartoon figures. Her pieces in this show include an eyeball vase with a bouquet branching from every lash and a signature poodle vase that Bevington describes as a self-portrait. “The well-known breed is often thought of as a spoiled lap dog but was originally bred to be one of the best hunting dogs. I see a parallel with the misconception of the poodle and the misconception of myself. The dichotomy of my midwestern upbringing and current relationship with the art world left me feeling torn between lifestyles, as if I had to choose between the two, when really, I just needed to be myself and find my inner poodle!”
Similarly whimsical in his creating, Matt Mitros of Pennsylvania navigates the tension of what appears organic and what is clearly machined. His work incorporates clay 3D printing, a step removed from the artist’s hands but “not unnatural or inorganic,” to conjure abstract dreamscapes nesting functional vessels.
Meanwhile, Idaho resident Chris Pickett seeks to evoke familiarity, solace, and nostalgia with his work, sculpting shapes compared to exaggerated pillows: voluptuous, generous and abundant. “I choose visual language that is suggestive of the comforting nature of physical intimacy, community, personal domestic spaces and childhood experiences.”
Canadian artist Naomi Clement focuses her work on points of transition, “where orange becomes red, the place where glaze meets bare clay, the edge of a handle and the end of the pot.” Clement, who discovered a knack for pottery as a teenager, told The Sopris Sun that the medium became her passion partly because, growing up as the third of four siblings, it was a unique talent for her to explore. Many pots from friends and other makers now fill her cupboards. “Each is different and makes you conscious to slow down,” she explained. While engaging in daily rituals like pouring coffee or stacking cleaned dishes, each form is a “tether” to its artist, recording in clay their creative decisions.
Clement’s textured glazes often feature a flourish like calligraphy, text lifted from old family correspondences and ephemera to stamp the clay. She describes this past year as a rollercoaster, productive at times yet punctuated by the occasional lapse of inspiration. Nonetheless, she has discovered teaching virtually and is pleased to appear in this show among other acclaimed artists, like acquaintance Mark Arnold.
Arnold’s style is partially informed by a joy for riding BMX bikes. Incorporating strong geometric forms and a muted palette, his pieces are colored to resemble textures like brick, wood, and stone. Imperfections are highlighted through the use of a black wash.
“Complexities: From Surface to Form” is on display from Feb. 6 through Mar. 27, online and at the gallery, 135 Main St, with open viewing Tuesday through Saturday from 10 a.m. to 5 p.m. Items are also available for sale at carbondaleclay.org