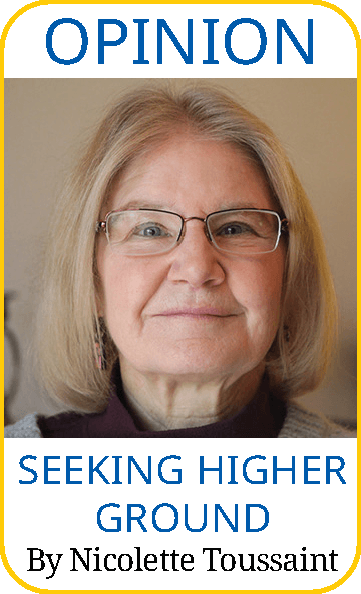 My roof is equipped with an 8.5 kilowatt solar array, enough to supply household needs and to charge Sparky, our electric car. Our 25 solar panels free us from an electric bill; they don’t make us energy independent. In the summer, Xcel Energy sends us checks to pay for the excess electricity we churn out. In winter, when our panels don’t produce as much, we pay Xcel for a bit of juice. Across the seasons, it zeros out.

Texas is unique in having a power grid largely divorced from the rest of the U.S. As three million blacked-out Texans learned last week, interdependence has its advantages.

Oddly enough, while I understand little about our solar panels and inverter — I rely on Sunsense Solar for that —  I do know a lot about power transmission! I was working for the nonprofit Utility Reform Network when California conducted its ill-fated experiment in electric deregulation. The promise was that the free market would dramatically reduce electric rates by allowing Californians to choose among competing power providers.

What happened short-term — within months! — was the third-largest blackout in U.S. history. Within a year, the cost of electricity shot up 277 percent! Most residents got no choice of providers whatsoever.

It took years to sleuth out all the causes for California’s meltdown: market manipulations (chiefly due to fraud by Enron traders in Texas operating schemes with nicknames like “Fat Boy” and “Get Shorty”), partial U.S. electric deregulation in 1992, California’s 1996 deregulation bill, population growth, drought, and a very hot summer.

Longer term, the politically-charged separation of electric generation from power transmission led to two major utilities going bankrupt, or nearly so; to explosions and fires and to Pacific Gas & Electric (PG&E) power lines burning down an entire town (R.I.P. Paradise, California). Economist Judge Glock, writing for the free-market-oriented Cicero Institute in 2019, asked why PG&E’s transmission lines had become a “live-wire threat.” He said that forestry practices, climate change, and PG&E’s lax practices all shared some blame, but he chiefly fingered state and federal regulators that had “not incentivized PG&E to improve safety or efficiency.”

As I read about Texas’ blackout this week, I felt “deja vu all over again.” It’s not fire, but ice this time. Still, the same causes remain in play, and they’re being amplified by climate change.

Texas’ enduring enthusiasm for deregulation had much to do with the sparks generated both in 1996 and last week. The Lone Star State is unique in having a power grid that stands alone, as an island. Years ago, Texas deliberately chose NOT to connect to the North American power grid; they wanted to avoid regulation by the Federal Energy Regulatory Commission (FERC). In 2011, after a snow storm froze natural gas wells, coal plants and turbines, thus leading to big blackouts, FERC warned Texas it needed to “winterize” its system.

Unsurprisingly, weather-preparedness hadn’t been “incentivized” by the time last week’s storm broke. The Texas Tribune summed things up thusly: “Officials … left the choice to prepare for harsh weather up to the power companies — many of which opted against the costly upgrades. That, plus a deregulated energy market largely isolating Texas from the rest of the country’s power grid, left the state alone to deal with the crisis.”

In a pinch, most U.S. states can borrow power from their neighbors. Alaska, Hawaii and Texas can’t. Alaska and Hawaii are marooned due to geography. Texas stands alone due to isolationist choice.

While Texas Governor Greg Abbott was quick to blame “frozen windmills” for the outage, both math and geography expose that fallacy. Wind produces only seven percent of Texas’ power. In Colorado, we get nearly 20 percent of our energy from wind farms, and Colorado isn’t as chilly as Antarctica, where the McMurdo research station is reliably powered by a one-megawatt wind farm!

Clearly, windmills CAN work in the cold. IF they are designed to.

Because Texas chose profits over people’s well-being — or, if you prefer, businesses weren’t sufficiently “incentivized” to weatherize — power plants of all sorts broke down. “The very cold weather and snow has impacted every type of generator,” reported Dan Woodfin, a senior director at the Electric Reliability Council of Texas. The failure included “nuclear units, gas units, wind turbines, even solar, in different ways.”

Given the wild weather swings unleashed by climate change, energy systems across the entire country will be experiencing stress from heat, cold, wind and water. We’ll have to reconsider where to draw boundaries: boundaries in temperature range, boundaries between profit and reliability, boundaries between regulation and freedom.

All in all, I’m happy to live within the boundaries of Colorado. When the mercury dips below zero, mostly, the power stays on. I wish we didn’t burn so much coal, but we do employ a nice mix of energy sources, including a growing portfolio of renewables. Plus, Colorado has what’s characterized as a “highly-regulated” market — woo-hoo!

Right now, I’m warm in my office. Outside, in the sunny cold, my electric meter is whirring backward, delivering extra juice to Xcel — and to the Western U.S. electric grid. All that makes me feel kinda warm and happy because, as I learned decades ago in California, no woman is an island.