Seeking faith and hope in the storm 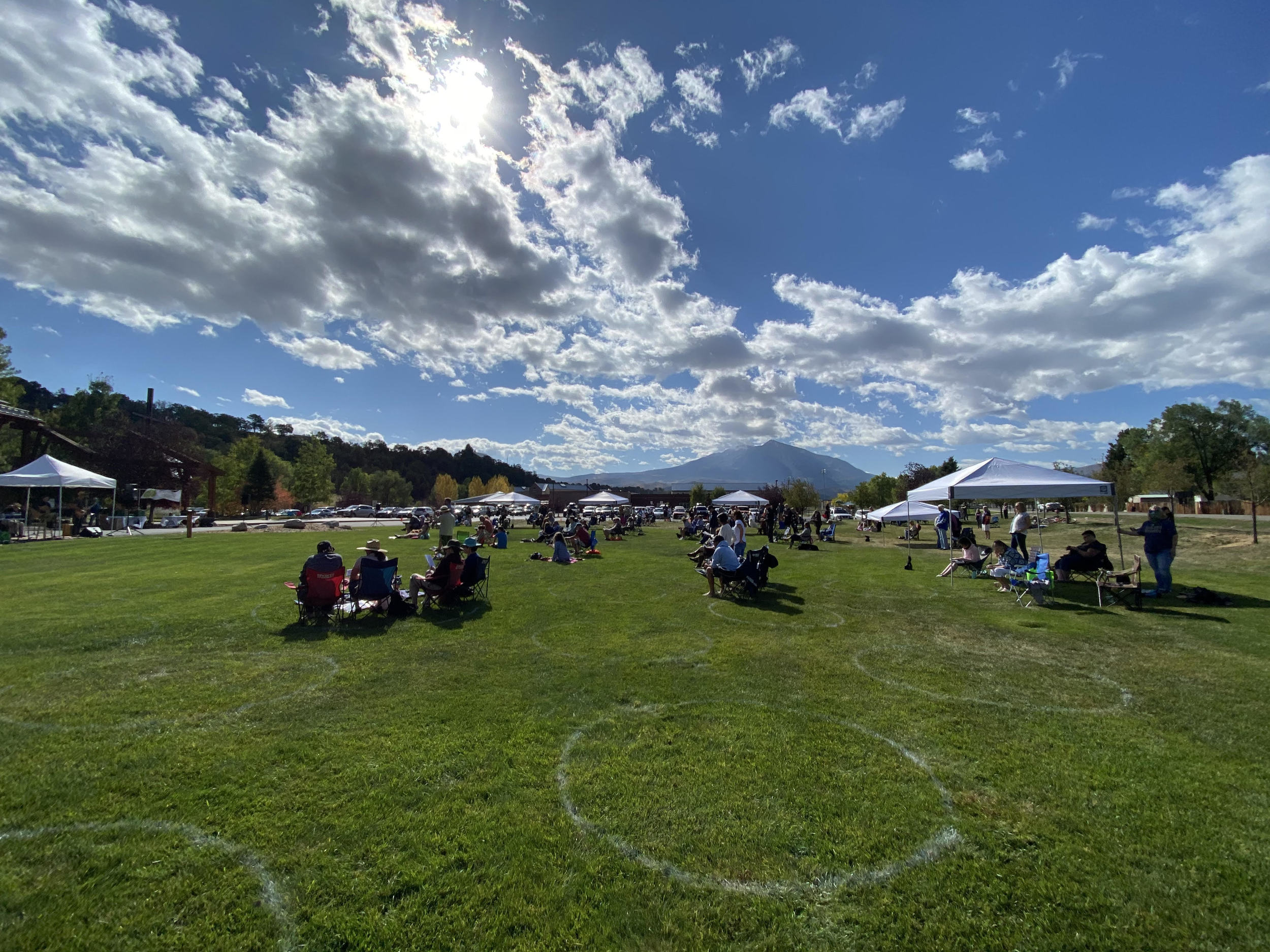 What became evident during the pandemic is that many seek faith and hope during a time of great uncertainty. As we, individually and collectively, navigate those uncertainties, faith communities look to their faith leaders for spiritual guidance and emotional support.
The Sopris Sun sent a request to nine local faith communities for this story, three responded. These are their reflections on the challenges presented by the pandemic and, through that process, finding the common threads that connect us all.

Being together, while apart
In his second year as lead pastor at The Orchard, Daniel Self says during last spring’s lockdown, “The Orchard was run from my iPhone. I would put it in front of me, and record myself in the empty room [delivering the Sunday sermon.]” Videos were then posted to their YouTube channel and Facebook page.
As weather permitted, services were conducted outside with socially-distanced seating created by circles drawn on the grass. When it got colder, they moved back inside, but, Self says, not everyone felt comfortable doing so. Still, Self understands the importance of people connecting, saying, “You can do that in the building, or in your small group, or do that online. We want to gather because the spiritual life was never meant to be lived alone.”
Self and his father, Dr. Doug Self, offer pastoral care free-of-charge. The younger Self explains, “In times of uncertainty, humanity wants peace. We like certainty and what COVID did was it highlighted just how uncertain things are. Things have always been uncertain; we just realized it all of a sudden. A lot of people are looking for peace.”
Self says The Orchard has seen “amazing growth,” mainly due to online services which allow people to engage in worship from anywhere. It has attracted worshippers, who may have never found The Orchard any other way, including a family who has never been to Carbondale. Self says a family found The Orchard through someone they know online and are awaiting the day they can visit the church in person.

Embracing the meaning of connection
Rabbi Emily Segal of the Aspen Jewish Congregation says she and staff remained focused on “our duty of care” for the congregation and the community-at-large. She explains, “There is a Jewish value: Pikuach Nefesh, saving or preserving life and health, that is considered to be the most significant Jewish value, held above any other obligation we have.”
The pandemic’s beginnings saw increased attendance for Shabbat (Sabbath) services with people connecting through Facebook, their website, and joining services via Zoom. Segal explains, “People were also seeking a port in the storm and in need of community and comfort.”
Community members found new ways to engage, including gathering on Zoom for learning sessions and holiday food cooking demonstrations, as well as Passover seders and High Holy Days services for Rosh Hashanah and Yom Kippur.
Segal says that some were unable to be with their loved ones during their final moments, depriving them of the rituals that bring comfort and closure. She says, “While Zoom funerals and Zoom shiva minyans have been meaningful — surprisingly meaningful in fact, for so many — nothing replaces being physically present with loved ones, able to hug and to cry and to laugh together and find a modicum of comfort and closure.”
Reflecting on the year, Segal says, “We never closed; we just found new ways to connect and to serve and to support. But oh, how precious it will be when we can be back together — singing, embracing, schmoozing, and noshing. May the time not be distant when we will be able to do so in safety and in health.”

Drawing on inspiration to meet community needs
Father Richard Nakvasil leads two congregations: St. Mary of the Crown in Carbondale and St. Vincent Catholic Church in Basalt. Early on, he drew inspiration from St. Charles Borromeo, who lived in Milan in the 1600s with the plague ravaging Europe. Nakvasil says that St. Charles kept the churches open, but he celebrated all of the sacraments of the Mass outside.
To keep the number of attendees to a minimum, Nakvasil added more Masses. He says, “I would do two Masses a day, most days of the week, and I’d have another Mass in the backyard of a family’s house, and they might invite one other family, so there were 10 or 15 people. My goal was to bring our worship, our sacraments to as many people as often as I could, but not in huge numbers to really keep it low.”
Nakvasil says he learned from other priests, who posted photos on Facebook, to meet parishioner needs during the pandemic. “For about six months in a row, I’ve done outdoor confessions, where people could drive up in their car, and I am on the other side of a screen.” On Ash Wednesday this year, Nakvasil modified the usual method of ashes being drawn in the sign of the cross on the forehead to this year by sprinkling ashes on the top of the head, a tradition common in many European countries.
He also serves a Spanish-speaking congregation with Spanish-language Masses and witnessed how “people have a deep devotion to the Lord.” During this year, he also saw “great character of people and a lot of compassion.”
Nakvasil recalls how important receiving the sacraments was to his parishioners, saying, “I think at one point we were doing sign-ups for most Masses and when they would come, they’d have tears in their eyes, you know, tears of joy.” Joy for faith and hope.