CMC/HCE solar project is a “win-win” 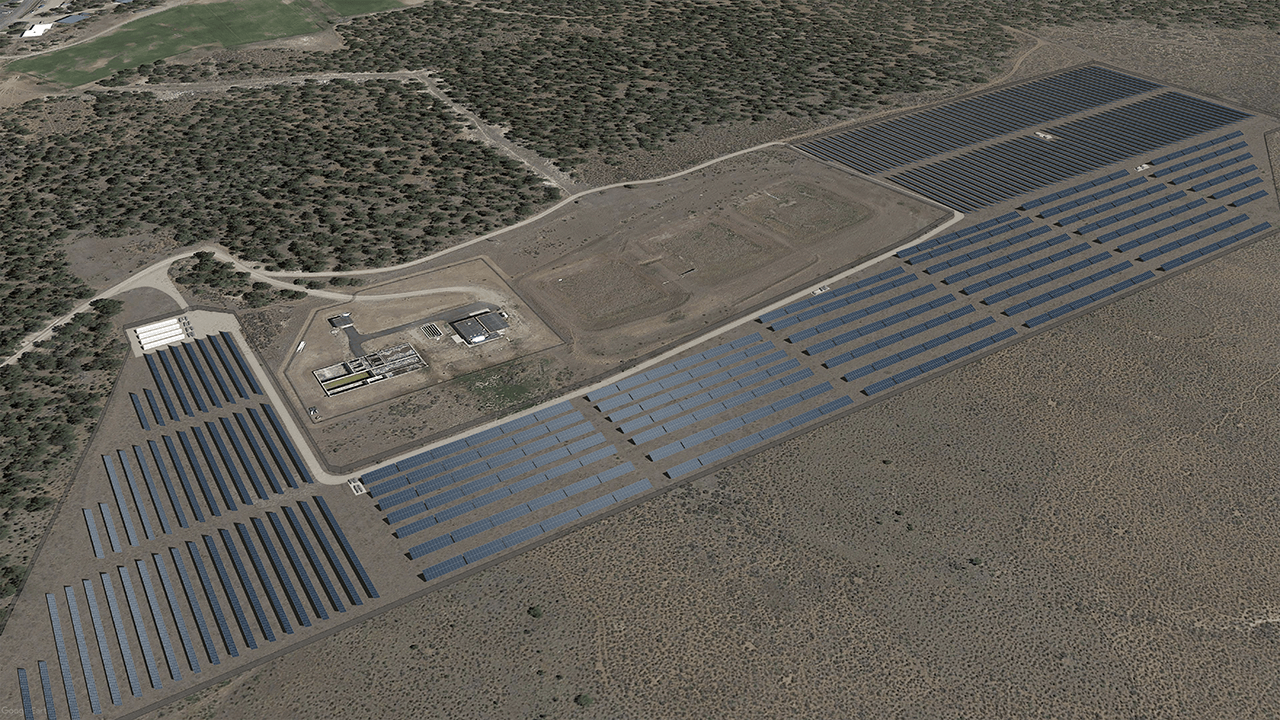 In early April, Holy Cross Energy (HCE) announced that it was partnering with Colorado Mountain College (CMC) to develop a large photovoltaic solar array near Glenwood Springs. The installation, which will be built on CMC-owned land near its Spring Valley campus, will have a generating capacity of 4.5 megawatts (MW). It will also include a battery storage component of 5 MW, or 15 megawatt-hours (MWh).

Construction, operation and maintenance of the facility will be undertaken by Massachusetts-based Ameresco, Inc., a leading developer of renewable-energy resources. Under a Power Purchase Agreement with HCE, Ameresco will then provide renewable power to the utility.

Phil Dunn, CMC’s public information manager, pointed out several ways the new installation will benefit the school. First, “It’s part of CMC’s goal of being carbon neutral by 2050, as part of the 2007 [American College & University] Presidents’ Climate Commitment.” It is also tied to CMC’s sustainability action plan, completed in 2016, in which, “We comprehensively track, as best we can, greenhouse gas emissions, travel, composting, etc.,” as the college works toward their 2050 goal.

In addition to receiving revenue from Ameresco for leasing the land for the installation, CMC will get energy credits from the power produced, because the output is so much greater than what the school consumes. “This will include not only the Spring Valley campus but those at Aspen and Edwards as well,” Dunn explained, noting that because the Carbondale facility is served by Xcel Energy, it is not part of this program.

Sean Nesbitt, CMC’s director of facilities, added, “It’s a good thing when you can do something about local power generation, at a great cost, that will help CMC achieve its sustainability goals. It checks many boxes,” including providing an educational tool for students.

Sam Whelan, HCE’s power supply manager, explained that the project began with HCE issuing an RFP (request for proposal) which invited all parties “interested in anything clean and renewable” to submit proposals. That approach ultimately led them to partner with CMC and Ameresco to create one of what HCE calls its “solar gardens.”

Whelan noted that it was unusual to simultaneously ask for a developer and the land to build on. “We were interested in anything clean and renewable without being prescriptive,” i.e., asking for a specific type of installation or power-generating output.

Nesbitt was quick to cite the importance of Clean Energy Economy for the Region (CLEER) in matching up CMC with HCE and Ameresco. “CLEER has been huge in this whole process,” he emphasized, adding, “If we didn’t have CLEER, we wouldn’t have been able to put this [project] together.”

Currently, the project is in the review process, with the hope that construction can begin in early fall. If all goes according to plan, the installation could be online in early 2022.

Although the Spring Valley installation will contribute only about 1% of the energy HCE supplies to its customers, it is still an important component of the utility’s stated “100X30” goal of providing 100% of its electricity from renewable resources by 2030 – especially with the addition of battery storage, which has become more cost-effective as battery prices have dropped dramatically in recent years.

Whelan continued, “As we move toward our energy goals, we want to develop flexible generating capability, and battery storage is helpful” in evening out power distribution when solar arrays are not generating electricity.

Among a number of other renewable-energy projects, HCE is pursuing another 5 MW solar farm off McLain Flats Road near Aspen/Pitkin County Airport. Construction is scheduled to begin there this spring and be completed by fall.

An even more ambitious project is a large wind farm in eastern Colorado near Arriba that will generate 100 MW, or roughly one-third of HCE’s total energy demand. It is scheduled for completion in late 2021.

Most recently, in an April 19 press release, HCE announced two more local solar projects, one in Parachute and the other in Silt. Each will produce 10 MW of power and will have 20 MWh of battery storage capacity. Work is planned to start in late 2021 and be completed by the end of 2022.

Reflecting on these and other projects, Jenna Weatherred, the utility’s vice president for member and community relations commented, “Being in a community like [the Roaring Fork Valley] allows us to do so many cool things. We can do really neat projects because we get so much support from the community.” She added, “The stars are aligned for a win-win here.”