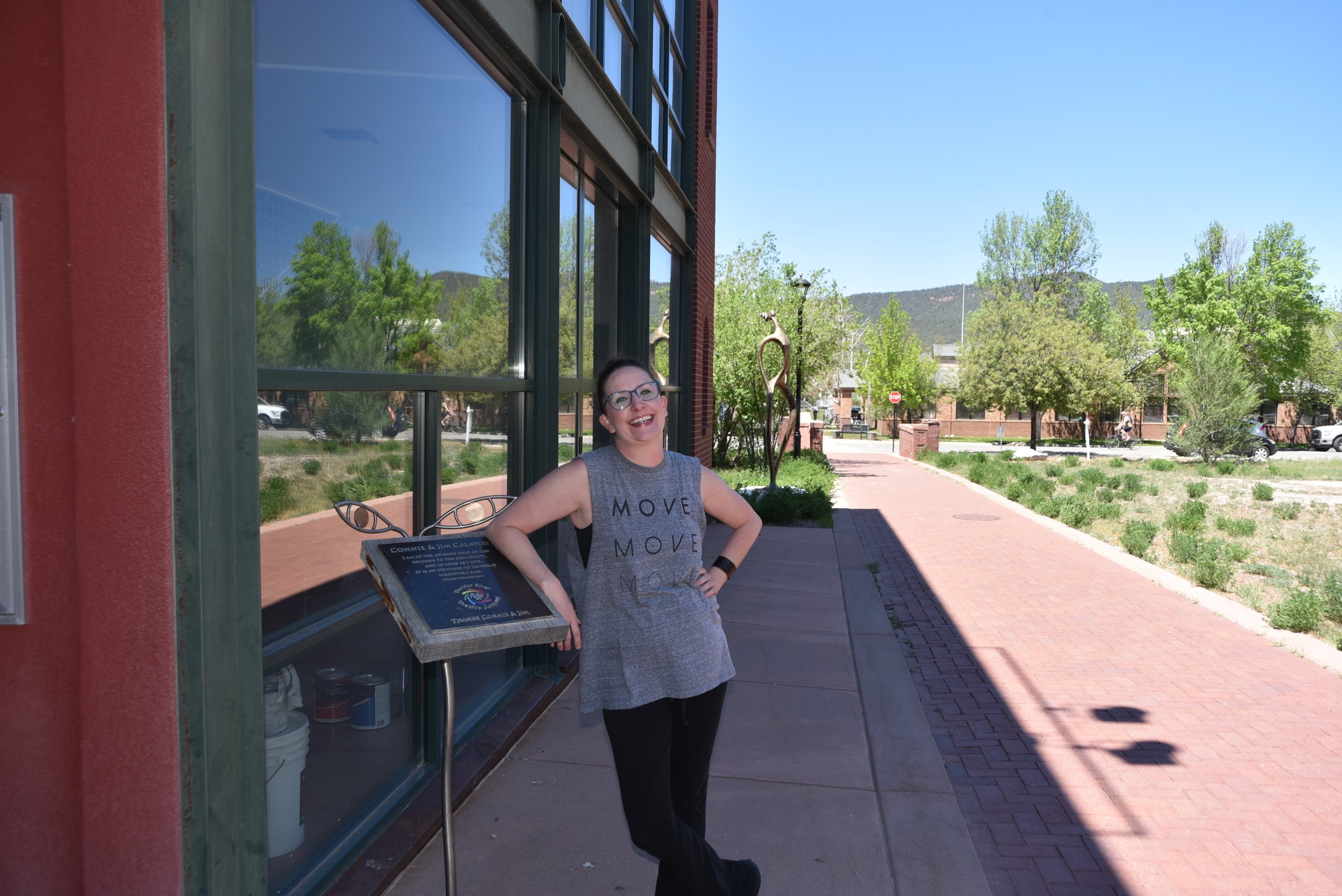 Exciting changes are coming to the Thunder River Theatre Company (TRTC) this spring. Having weathered last year’s COVID-19 pandemic, the group is fresh off its successful “ExtravaGala” fundraiser on May 20 where it was announced that actor and director Missy Moore would become TRTC’s interim artistic director.

Moore is no stranger to TRTC or the Roaring Fork Valley. Her father, actor Bob Moore, is renowned in the region and has starred in such TRTC productions as “The Price” (2018) and “A Walk in the Woods” (2019).  Her mother, Wendy Moore, is also well-known – an accomplished theater director and educator who has spent decades in the Colorado theater scene, she served for several years as principal of Roaring Fork High School and currently is on the faculty of Colorado Mountain College.

Daughter Missy spent most of the previous two decades based in Denver, acting in plays in the city and in regional theaters. She was especially proud of her involvement with the (now defunct) Denver Children’s Theatre (DCT), including its last production, “The Little Prince,” in 2019, in which she played The Aviator. She deeply mourned the demise of DCT, pointing out, “I wholeheartedly believe [that children] are the future of the theater.”

In 2019, Moore made the decision to move from Denver to Los Angeles to become an assistant to her sister, acclaimed choreographer Mandy Moore (“La La Land”, “Dancing with the Stars”). Describing her year there, she said, “The best-laid plans [with her sister] never came to fruition.” However, she was able to find work as an agent’s assistant (at Hollywood and Vine, no less!), which gave her valuable insight on the business side of her craft – an experience she describes as, “An eye opener.”

As the pandemic deepened in 2020, however, Moore found that “my priorities had shifted” and in May decided to return to her family in Glenwood Springs. While still in Los Angeles, however, she was contacted by TRTC about reprising the one-person play “The Pink Unicorn”, for which she had won a best actress Henry Award while in Denver. It was TRTC’s last production of the strange 2019-20 season, and because of COVID limitations, it was to be recorded in the theater without an audience and presented on ThunderStream, the theater’s online streaming platform developed last year.

“I recommended the person who had directed me [in Denver], and we did all of our rehearsals on Zoom.” She continued, “It was a strange experience: six weeks of rehearsals and then go full-bore [one time] to an empty theater.” Now that venues have started to reopen to in-person performances, she hoped to re-stage it, “Maybe during Aspen Gay Ski Week next year.” She thought that possibly it could be paired with another one-person TRTC play in 2021, “The Absolute Brightness of Leonard Pelkey” (starring Owen O’Farrell) – both of which addressed LGBTQ Pride.

Corey Simpson, TRTC’s executive director, explained the rationale behind bringing in Moore. “When I came to TRTC (in 2016) I was the executive and artistic director, but it was simply too much. COVID had a lot of impact on [TRTC’s] revenue and bottom line, but it was also an exciting opportunity to look over our structure.” One major decision was that he would relinquish his artistic title and focus on running the company, meaning he had to find someone for that role.

He knew that Moore was returning from Los Angeles, and “She was one of the first people to come to mind” for the job. He went on, “I was beyond thrilled” when she submitted her application, adding, “There is not enough representation of women in theater.” He was delighted for the opportunity to address that issue by bringing in Moore.

With the reworked management in place (also including technical director Sean Jeffries), Simpson said, “We are positioning ourselves for a cleaner and streamlined organization. We will not be growing immediately but are creating the foundation” for the future.

As for Moore, “I am over the moon for this opportunity, [as] I have found a love and passion for directing.” Before coming to TRTC, she had directed some dozen full-length productions and served as assistant director on many others. Her most recent directorial project was the madcap comedy “The Squirrels” at the Studio Theatre in the Aurora Fox Arts Center in January 2020.

That production was a perfect blend of her preference for small venues and penchant for zany characters. “I love the idea of black box, with its totally functional space that can be so intimate. It’s the beauty of taking the craft of acting and humanizing it.” If that is any indication of what TRTC can expect from Moore, it wouldn’t be surprising if the label “interim” was dropped quickly from her title.