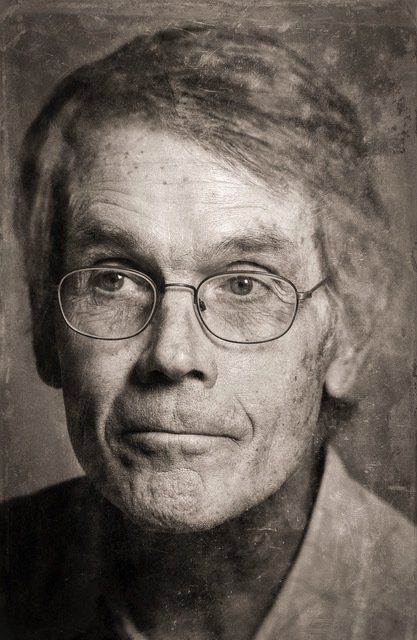 George Stranahan, a man of the people. Photo by Lynn Goldsmith.

Remember the old Flying Dog Brew Pub in Aspen? The subterranean hideout was inviting to all, even pipsqueeks like myself at the time. My parents ordered us fried calamari and it was always on the house. I didn’t pay particular attention to who the benefactor was but I recall a sense of belonging there nonetheless.

George Stranahan was the man behind the scenes and often people didn’t even know it. He had a hand in helping this world and while his benevolence was not always recognized, he seemed okay with that.

“He never wanted a building named after him or a plaque,” says his beloved wife, Patti Stranahan, “What made him proud was nourishing an idea with others, giving them wings, then getting out of the way and letting them fly.”

Stranahan’s father, Frank Stranahan, was a founder of Champion Spark Plugs which generated much of the family’s wealth. His mother reportedly took an interest in charitable causes and did volunteer work which must have rubbed off on her son.

From a bright young age, Stranahan wanted to belong but he felt out of place living within high society and going to prestigious schools back east like The Hotchkiss School (which Henry Ford II also attended).

To be fair, school in general wasn’t Stranahan’s cup of tea. “As brilliant as he was, he always hated school,” Patti laughs. Later in life, he helped establish the Aspen Community School, intended as an alternative means of education suitable to students who didn’t fill in the right boxes on their standardized tests. When he served as the school’s headmaster, if a pupil didn’t want to have their nose in books, he’d send them up Woody Creek Road to The Flying Dog Ranch to work the land or create explosive experiments.

In the 1950s, when Stranahan landed in Aspen for the first time, he must have felt at home. From that moment on, he made it his life’s work to improve the lives of many in the Roaring Fork and Colorado River valleys.

Shortly after settling in, Stranahan, along with Michael Cohen and with support from the Aspen Institute, opened the Aspen Center for Physics (ACP) in 1961. The ACP was designed to be “an unstructured environment, free from distractions, where physicists could work unfettered by their normal responsibilities,” according to their website.

Stranahan later purchased The Woody Creek Tavern, a staple hangout for locals like writer Hunter S. Thompson, a personal friend of Stranahan. Subsequently he started brewing Flying Dog beer and opened the pub in Aspen. Stranahan’s inspiration was to bring locals together – rich and poor, famous and not – to create space where anyone belonged.

Stranahan would not go into business for the money. He appreciated a good idea and, even more so, the person or people behind it.

“He didn’t enjoy being wealthy,” says Patti. “He didn’t enjoy that privilege. So, to him it was more, ‘What do I do with it?’” He ended up giving a lot of it away and investing in the interests of others.

On a personal note, Stranahan put my sister through Colorado Rocky Mountain School (CRMS) and college. He supported several other local young people who I know personally. Who knows how many others benefitted from his generosity in this way. What he received in return was their families’ appreciation and watching those youngsters spread their wings and fly into the future.

He was a steadfast contributor to various non-profits in the Valley, including The Sopris Sun.

On a larger scale, he founded MANAUS, “a nonprofit that works in partnership with others to help create sustainable solutions to issues that further equity within our communities using the principles of community organizing and human-centered design.”

MANAUS gave rise to Valley Settlement (VS) which, “started in response to a challenge to identify and address the needs of the fast-growing, low-wage immigrant community in the Roaring Fork Valley.” Flying from the nest, VS is now its own independent non-profit.

“It pissed him off when people were treated unjustly,” Patti recounted, whether it be a child, someone without U.S. citizenship or whatever else. He took in the big picture, and everyone in it.

Stranahan empathised with not having a sense of belonging and the impact that had on him as a kid. He did everything he could to make decision-makers out of folks who perceived they had little power before. In short, he wanted everyone in this community to feel that they belonged.

Stranahan was not a man for, but a man of the people. Therefore, the work he started alongside others continues to soar – just as he would want.