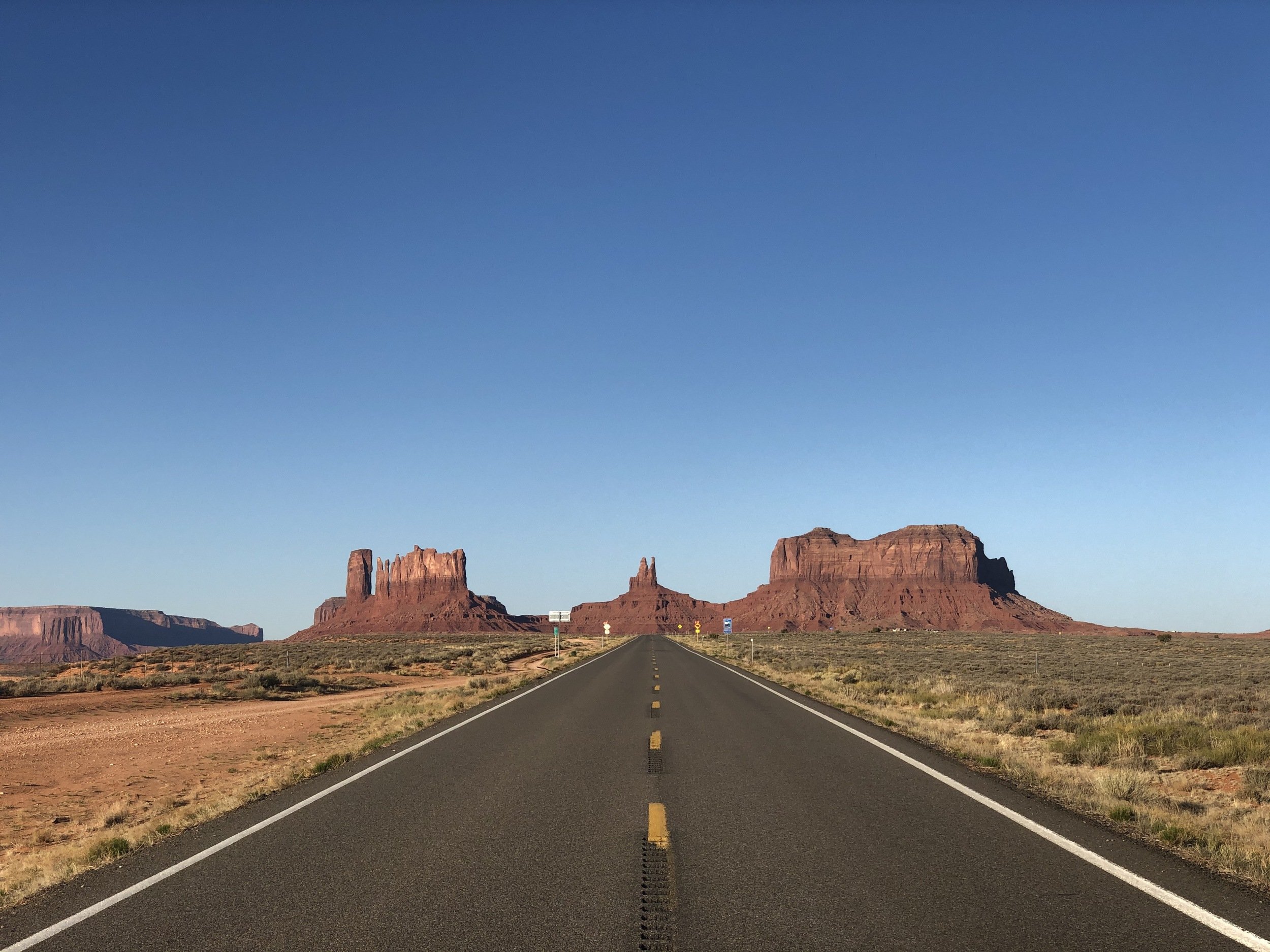 One of the West’s most iconic scenes is found in Monument Valley on Highway 163, just south of Mexican Hat, Utah. This stretch of the highway is called “Forrest Gump Hill” after the character in the film of the same name. Lynn Burton photo.

The bad news: The Monument Valley Navajo Tribal Park composes the bulk of Monument Valley but, as of June 1, is closed until further notice due to COVID, according to the tribe’s website.

The good news: One of Monument Valley’s most iconic scenes lies outside the park and is easy to find and to photograph.

Monument Valley runs north and south in south-central Utah and north-central Arizona, although mostly it’s in Arizona. Monument Valley is about 350 miles west of Glenwood Springs and drive time can vary from six to eight hours, depending on how heavy your foot is on I-70 and how slowly traffic is crawling through mountain-bike-mad Moab, Utah to the south.

Monument Valley is known for its sandstone buttes, towering spires and omnipresent monoliths, some of which reach up 1,000 feet from the desert floor.

The world first came to know and recognize Monument Valley in 1939 after local trading-post owners Harry and Leone Goulding met with film-director John Ford to pitch the idea of making Western movies in the area. Ford’s first film from Monument Valley was his groundbreaking “Stagecoach”, which propelled John Wayne to prominence. More than a dozen Western films and other genres followed, including: “Thelma and Louise”, “Back to the Future III”, “How the West was Won”, “She Wore a Yellow Ribbon”, and “The Searchers.”

Ford filmed so often inside the Navajo Tribal Park, they named a point after him. Other well-known features inside the park include Mitten Buttes and Merrick Buttes. There are more than two-dozen named features on the 17-mile loop through the park.

Although the Navajo Nation part of Monument Valley is closed, the surrounding area is still open, and that’s where you’ll find what’s known as “Forrest Gump Hill”, located on Highway 163 southwest of Mexican Hat.

“Forrest Gump Hill” is part of a stretch of Highway 163 that runs down to a cluster of towering rock formations, where Forrest Gump ended his cross-country run in the 1994 film by the same name.

Coming into Monument Valley on Highway 163 from Mexican Hat, “Forrest Gump Hill” unexpectedly drops down to the iconic view that draws photographers out of their vehicles and prompts some to stand in the middle of the lightly-traveled road to replicate the famous “Forrest Gump” scene.

There are several turnouts for vehicles to get off Highway 163 to snap pics. Each stretch of the highway offers its own perspective of the road as it cuts through the desert and up to the rock formations. The best time to photograph the scene is early in the morning when the sunlight illuminates the red sandstone.

There are at least two other attractions worth checking out in the Mexican Hat/Monument Valley area.

Goosenecks State Park is located about eight miles northeast of Mexican Hat. From the San Juan River overlook, visitors can look down 1,000 feet to what is billed as the largest entrenched river meander in North America.