Old ways colliding with the new 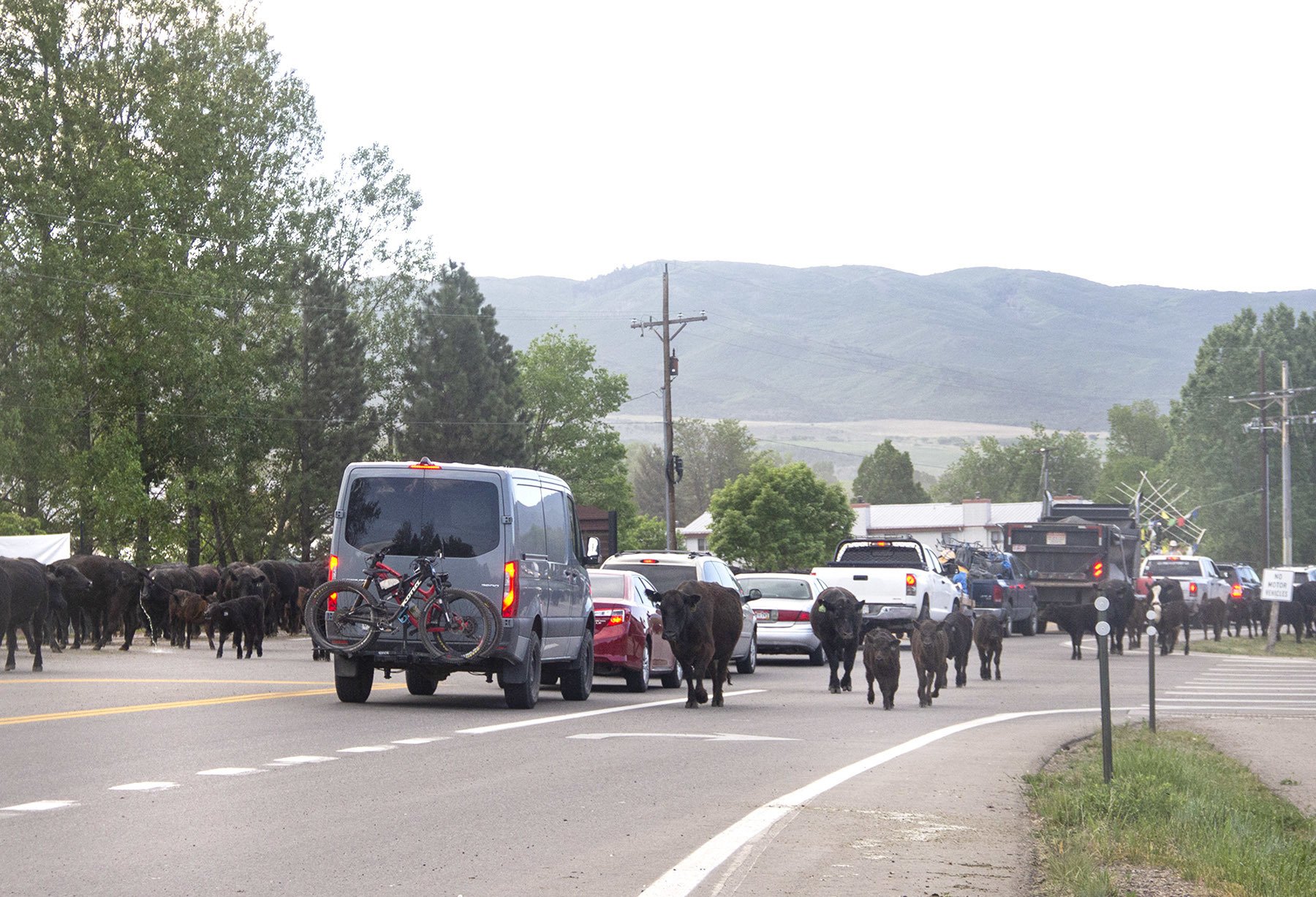 Local ranchers met more obstacles than ever before while transporting Paul and Ted Nieslanik's to their summer pasture on June 8. Photo by Jane Bachrach.

Ranching as a way of life has been part of Carbondale’s DNA since before the town’s inception, but the culture is now stymied in the wake of a development surge. While the rodeo lot fills way-over capacity on Thursday evenings, ranching families that gave rise to the tradition worry that the end of this lifestyle, as they’ve known it, may be nearing.

Not long ago, the North Thompson Cattlemen Association (NTCA) included several local ranching families. Today, there are two: the Neislaniks and the Fales.

“It’s hard to run a [cattle] operation anymore in this valley because there’s so many people, traffic and construction,” says Marty Nieslanik, head honcho of NTCA. “It’s changed so much in the last five years it’s just about ridiculous,” he laments.

Every summer, members of NTCA move their cows to the high country – up North Thompson – to feed on pasture on public lands. In the fall, the cattle return to their respective ranches for the winter.

This year, while driving about 600 head of cattle (including calves) from Prince Creek Road, the herd got spooked when they hit construction work at the traffic light near Roaring Fork High School on Highway 133. “They had orange cones, fifteen guys in fluorescent jackets and those cows just decided they didn’t want to go through there,” Nieslanik says, “so it was a hell of a mess for a while.”

There were “cows running all over town; they were at the high school, on the soccer field,” he recalls, “those cows were everywhere.”

The herd belonged to Ted Nieslanik, Marty’s cousin. Marty wasn’t there initially, but was called in as backup when things went haywire. “Me and Johnny [Marty’s son] went and got horses and came back to help them,” he explains, “it probably put another two hours on the drive.”

“I think agriculture in this valley, unless you’ve got a load of money, is done – because there’s just too many people,” Marty Nieslanik sighs, “I understand why everyone wants to come here, it’s a great place to live, but it just makes it hard on us.”

Folks have pitched the idea to haul the cattle by truck, but the expense is high, according to Nieslanik. Besides, the cattle drive is a tradition he’s known for his entire life. His father raised him and his siblings on the same family ranch that he works today.

NTCA has supported community actions and is a stakeholder among the Thompson Divide Coalition (TDC). TDC had a hand in what culminated as the Colorado Outdoor Recreation and Economy Act (CORE): a legislative push to protect the Thompson Divide and other Colorado lands from further oil development.

NTCA member Bill Fales, in an interview with Bill Kight on KDNK in Nov. 2019, said, “Grazing permits of ours and the Nieslanik family is the heart of Thompson Divide, and all of us felt it would really have a lot of negative impacts on our Forest Service permits if there was oil and gas development.” He went on, “But the community has just been amazing. It’s one of these issues that took a village to work on and boy did the community of Carbondale step forward.”

Nieslanik hopes to get support from the community again when “Colorado State Ballot Initiative 16: Protect Animals from Unnecessary Suffering and Exploitation” comes to the voters. A component of Initiative 16 requires that livestock ranchers wait until an animal has lived a quarter of its lifespan before being butchered and processed for sale. A cow’s expected lifespan is 20 years. Nieslanik says, if passed, it would be detrimental to local ranchers.

On top of the development and potential policy roadblocks, the drought is becoming more and more dire for the industry. This season, NTCA has already resorted to hauling water into the rough terrain. “Water is a big issue this year,” says Nieslanik, “we’ve been hauling water to all those cows up Thompson Creek since they went up there.”

“Normally we have one bad summer – dry – and not a very good winter, then the next year it will be pretty good,” Nieslanik explains, “but we’ve had two bad summers in a row now and no snow in the winter – not enough.”

Due to fire danger and outdoor recreationalists’ complaints of seeing cow manure and trampled grass in the high country, the Forest Service put NTCA on notice that the cows may have to come down early this year. “That will just devastate everybody,” Nieslanik says, by creating more of a financial burden for the cattlemen than they may be able to handle.

“If this weather pattern keeps up, there ain’t going to be none of us left,” he concludes.